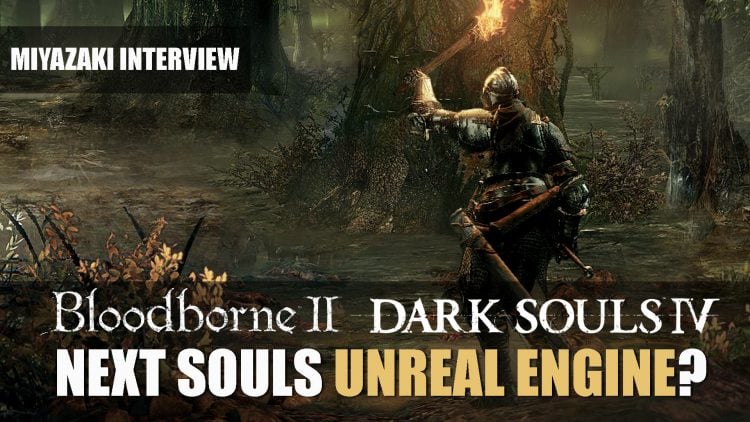 In an interview with IGN during E3 2018, Hidetaka Miyazaki revealed some interesting info whilst discussing the change of pace of Deracine. This tidbits include the origin of the title, its inspirations and aspirations, and, surprisingly: talk about Unreal Engine.

Asked about the radical genre change for upcoming VR game Deracine, Miyazaki answered that the title came as a result of the studio pondering what was next for them after Bloodborne and Dark Souls 3 reached final development stages.

It wasn’t necessarily that I wanted to … not moving away, but taking a break from the Souls series wasn’t the only strongest motivation to work on this game. As a result of now coming to the stage of being able to show what we have so far, it has really helped us, helped me, freshen things up. It’s not just about a different kind of game or a different format. We’re learning things in VR, which is new technology. This game is actually also developed in Unreal. There’s been a lot of learnings already.

This quote highlights two rather salient points for souls fans:

The next quote is also important, as it continues the tone that FromSoftware is not abandoning Souls. This specific issue has some fans worried as the hiatus will instead bring action-adventure Sekiro with no multiplayer.

By no means are we going to stray ourselves away from the more or less more mainstream games that we’re known for,” Miyazaki continues resiliently, in the dark. “I think this segue will only give us good learnings, good experiences, and that’s something that we can reflect on and will have a good influence on the other games that we’d work on in the future. It’s been really good learning experience.

So once more, we should take this as indicator that there are plans and projects being worked on that should bring players what they expect. You can read the full interview on IGN, and you may enjoy enjoy rumors of a possible Demon’s Souls Remaster or sequel.

If you are looking for FromSoftware content, you’ll like to read 10 Things we want in for the next Souls, Things We Want in Bloodborne 2, Art Souls by PrimeraEspada91, or the incredibly insightful translation of the Titanite Slab by Skarekrow13.

Get informed with Sekiro: Shadows Die Twice, check out our Preview Article, the screenshots and lore translations, or the reveal trailer. You can also follow other E3 2018 happenings.

9 comments on “FromSoftware learning Unreal Engine, will return to “games we’re known for””