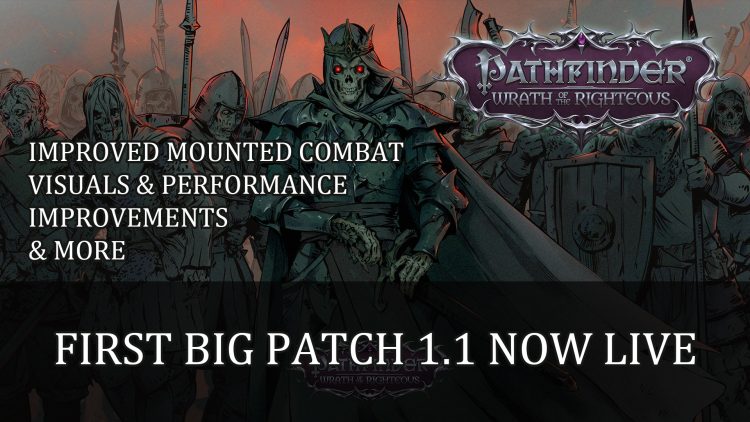 The CRPG Pathfinder Wrath of the Righteous has received a big patch version 1.1 which includes improved mounted combat, better performance and visuals, fixes and more.

The CRPG Pathfinder Wrath of the Righteous has got its first big patch which follows previous smaller patches it received since its release in September. In version 1.1 the title receives better performance and visuals in several locations, it also gains improved mounted combat in turn-based mode, fixes for reactivity to choices and better visuals for some NPCs. Changes have also been made to crusade management, this includes the option to control armies from the throne room instead of having to walk out of the city to do so.

This update is quite hefty with 14.2GB to download via Steam, and is even larger on other platforms. You can check out the patch note highlights below:

There are also a number of fixes for Quests, Areas, Crusade, Classes & Mechanics, turn-based mode, items, UI, AI, audio and other general fixes. For a full list of changes check them out on the Steam post. For all your adventuring needs check out our Pathfinder Wrath of the Righteous wiki.