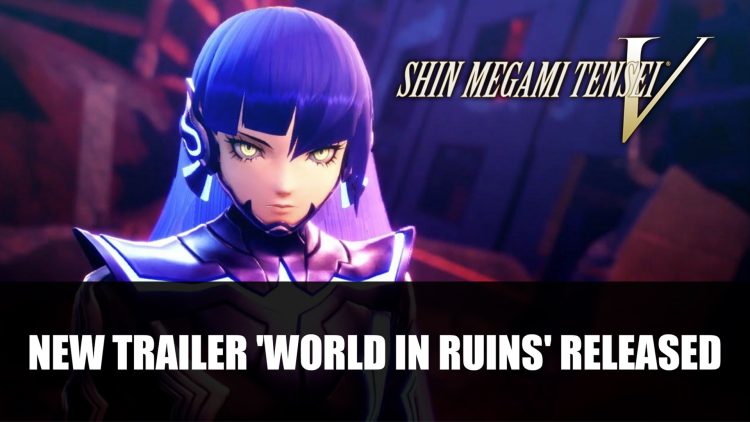 The latest trailer for upcoming Shin Megami Tensei V which releases next month is dubbed ‘World in Ruins’. The trailer features the story of the next entry, showing Da’at, a Tokyo desert now overrun with demons. There’s plenty of demons shown in the footage, and the narrator explains the Magatsuhi meter which is needed to be filled in order to gain an advantage in battle with unleashing powerful moves.

The trailer also shares details about other game mechanics such as gathering Essences from demons, which you can use to transform you and your allies’ and affinities. There’s also Glory which you can collect and discover all over Da’at, these can be used to grant special skills called Miracles. This can help strengthen you character and also your allies.

In case you missed it, in Shin Megami Tensei V the main character is a third-year student, who awakens in a desert being attacked by demons. He makes a deal with a mysterious being named Aogami which unites them as a single being neither human nor demon knowns as Nahobino. Using new founds powers they will fight off the demonic forces.

You can check out the latest trailer:

This Shin Megami Tensei entry is shaping up to have some interesting battle mechanics and features. There also seems to be a whole range of strange and imaginative demons and deities to meet as well as recruit, including what looks to be an angel. Previous SMT titles allow you to gain these demons to fight on your side after battling them.