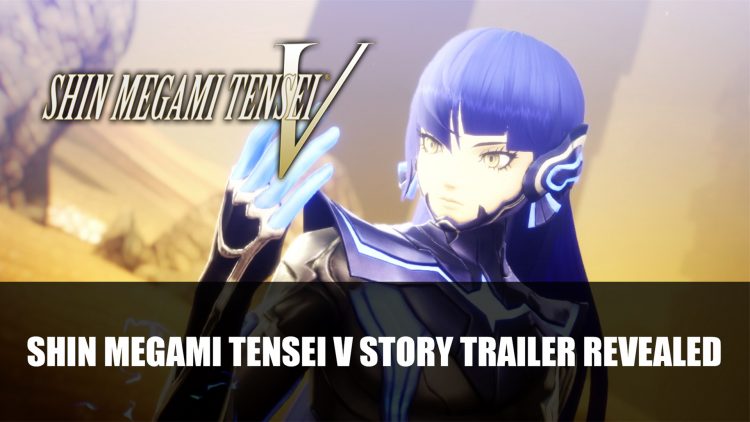 Atlus has released the official story trailer for Shin Megami Tensei V, which outlines factions, friends and the conflict between gods and demons.

The latest trailer for the upcoming Shin Megami Tensei V goes over the story for the next entry. In true Shin Megami Tensei style, the city is once again taken over by strange beings, in a post-apocalyptic setting. The trailer shows some of the demons players will run into, and even some of the demons that will fight alongside the main character. Each demon has its own special ability.

In Shin Megami Tensei V the main character is a third-year student, who gets separated from his friend one day when crossing the Shinagawa train station. Trying to find his friend, he ends up exploring a tunnel that collapses, knocking him unconscious. He awakens in a desert being attacked by demons. Here a mysterious being named Aogami offers to help him, uniting together and being neither human nor demon as Nahobino.  He will then use his newfound powers to fight the demonic forces now attacking Tokyo which is now called Da’at, a baren city taken over by deities and demons.

You can check out the official features below and the latest trailer:

In the latest entry of the acclaimed Shin Megami Tensei RPG series, the ambitions of god and human clash amidst the horror of a dying world. Neither human or demon, the newly-forged Nahobino and his friends must decide what is worth saving… and prepare to sacrifice everything in its name. In a world without its creator, which path will you choose?

For more news find it here in Chernobylite Gets Igor Story Trailer and Final Fantasy 7 Remake Part 2 Will Have Cloud “Running Around A Lot Of Nature”.