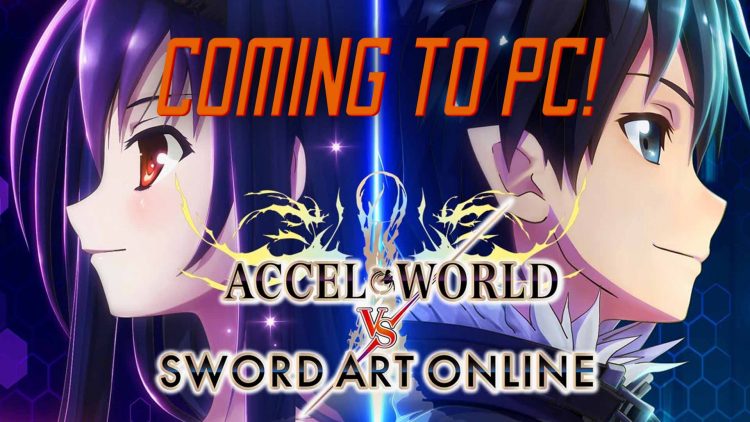 Bandai Namco has announced that their action-RPG crossover, Accel World VS. Sword Art Online: Millennium Twilight  will be coming to PC in the next few days.

The game was originally released in Japan for the PlayStation 4 and PlayStation Vita back in March of this year.

While the west received the game later on July 7th 2017. Both PlayStation versions are available in both physical and digital formats.

Kirito, Asuna, and Yui spent their days in peace in the VRMMO “ALfheim Online”, which is based on Norse mythology. But then, a sudden announcement was made.

“We will be carrying out urgent maintenance today starting now.”

After hearing the announcement, Yui, who appears different than usual, departs somewhere.

While Kirito and Asuna were chasing her, they were attacked by a mysterious black machine life-form.

Going beyond time, the accelerated worlds and virtual worlds collide—.

The PC version of the game will feature the full game and will include all of the previously released DLCs, and they are:

Titled Accel World VS. Sword Art Online DELUXE EDITION on PC. The game will launch digitally for the platform via Steam on 12th September 2017.

If you haven’t heard, the latest game in the SAO franchise, Sword Art Online: Fatal Bullet has been announced!

You can check out some screenshots and an 8 minute long gameplay video of the game.

Also, Sword Art Online: Fatal Bullet will have a playable demo at this months’ TGS 2017 among other titles such as CODE VEIN!