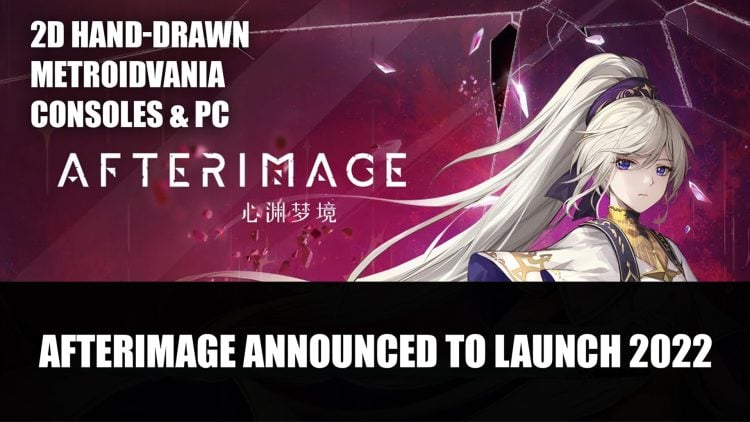 The hand-drawn 2D metroidvania title Afterimage will be coming to PC via Steam, Playstation 5, Playstation 4, Xbox Series X|S, Nintendo Switch and Xbox One in late 2022. Players will be able to explore the mystical world of Engardin, full of beautiful scenery and a number of secrets. There are 15 hand-drawn environments to embark upon ranging from firey volcanos to the ruins of an ancient metropolis. 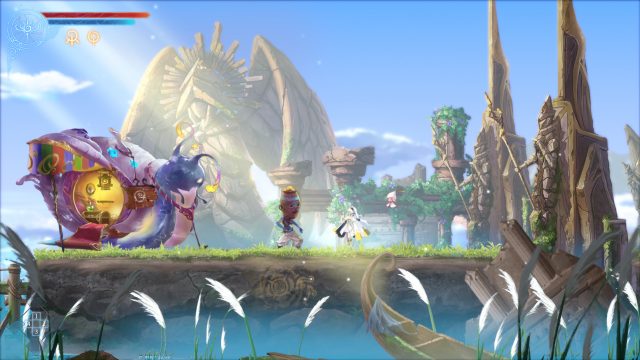 Guiding Renee the heroine of this game across 25 to 30 hours of epic adventure, full of enigmas. While the world of Engardin is wondrous, it is also home to corrupted creatures and more dangerous foes.

The game features different regions, challenging enemies, and new gameplay mechanics to discover in each area. There are more than 150 foes that use a variety of weapons and ten character abilities. Renee can equip two primary weapons and one secondary, easily swapping between the two in free-flowing combat encounters for a customise fighting style. Take on deadly creatures, avoid traps and take on bosses while navigating your way through Engardin.

Afterimage offers not only sliding and leaping but also ways to climb your way through complex environments. You can also meet some more friendly characters and learn about their stories as well as piece together information about Engardin’s history. Exploring each map will provide opportunities to find hidden chests, and gain powerful new abilities that increase Renee’s skills, both in and out of combat.

Afterimage will be coming to Playstation 5, Playstation 4, Xbox Series X|S, Nintendo Switch and Xbox One in late 2022.