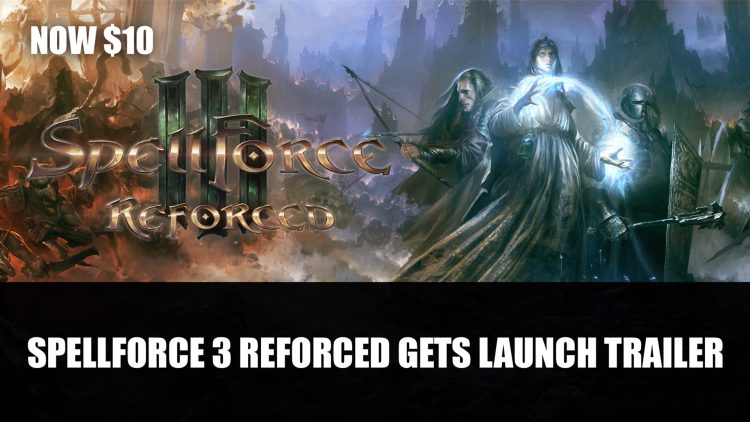 Spellforce 3 Reforced is now available on PC, overhauling the original game with lots of improvements, fixes, new games modes and features. The title gains a Journey Mode which acts similarly to the original SpellForce “Free Game Mode”, Journey Skirmish adding PvP skirmish matches against other players and Arena Mode pitting players against waves of endless enemies, complete with other players through leaderboards, or play in co-op.  The title also gains enhanced UI visually and functionally, as well as full gamepad support. There is also a new skirmish map called “Bitter Canyon”.

The title is now available for $9.99 USD on Steam, Epic Games Store and GOG, meaning you can pick up the title with 75% off! What’s also great is that those who already own the original Spellforce 3 will receive a free update for Reforced on PC. Reforced will be launching on consoles on March 8th 2022 after an announced delay for PS4, PS5, Xbox One and Xbox Series X|S.

If you want to know why Spellforce 3 Reforced made our Top 5 as well as other releases this month check out our list in Top 5 Upcoming RPGs Of December 2021 (SWTOR Legacy Of The Sith, Wartales, Spellforce 3 And More!).