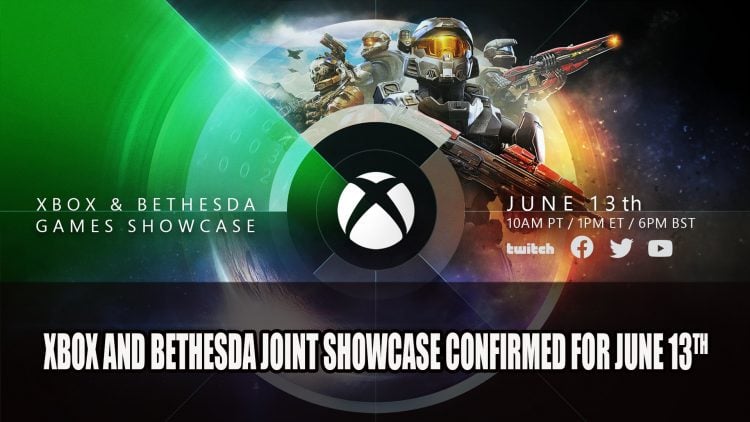 Microsoft have confirmed there will be a joint showcase for Xbox and Bethesda games for E3 2021 on June 13th.

Confirming the rumours that a press conference would be taking place for both Xbox and Bethesda at this year’s E3, Xbox Wire reveals on June 13th at 10:00 AM PT/1:00 PM ET will be the joint showcase. The stream will concentrate on games that are coming from Xbox Game Studios, Bethesda and other Xbox partners.

The livestream duration will be around 90 minutes, spotlighting the game lineup from the Xbox and Bethesda partnership, as well as upcoming holiday releases, Game Pass details and more.

A digital version of Xbox FanFest will be available this year which you can sign up for on the official Xbox website.

E3 2021 will take a completely online format this year, but fans can start registering June 3rd, while industry professionals, content creators and influencers can register on May 31st.

Previously we covered the rumour of the joint press con, where we speculated what could be shown during this highly anticipated event. This includes the hopes of seeing more Starfield, which was first revealed at E3 2018.