With the release of developer Team Ninja’s new action RPG: Nioh coming February 7th, many people know about the game’s challenging combat and bosses but the history of Japan in the Sengoku period may come as a mystery. Should you know nothing about it, Nioh on its own is still a wonderfully fantastic game. However, having some knowledge of the background and the characters, many of whom are actual figures from history, will markedly improve that experience even further. Let’s take a look at exactly why Team Ninja chose this specific moment in history to drop you in to. Check out the video above and read on for more.

Building to the Battle of Sekigahara

Japan has a history rife with war and conflict, which is not a mystery to many, but what you might not know is that Nioh is set just before one of the most famous battles in Japanese history: the Battle of Sekigahara. In essence, this battle was the finale of several battles in Japan and lead to a period of peace, stability and isolation for hundreds of years, otherwise known as the Edo period. Many of the figures you meet throughout the game are famous for their participation in this battle or the events surrounding it, and there are characters from both sides of this conflict present in the game. The most famous and well known of these figures is Tokugawa Ieyasu. 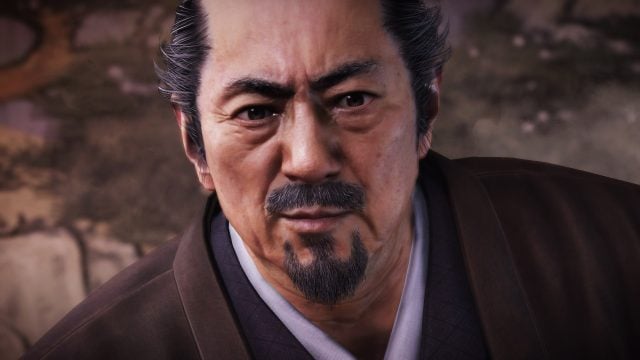 Tokugawa was one of the most powerful Daimyos (Feudal Lords) of that period, and when the reigning Shogun (military leader of Japan), Toyotomi Hideyoshi and his son died, he attempted to seize control of the Shogunate by first attacking and taking Osaka Castle, where the heir to the Shogunate lived. Although allies before his death, Toyotomi Hideyoshi and Tokugawa had once been adversaries and faced one another on the battlefield before ultimately calling a truce. Angered by his attack, many rallied behind Ishida Mitsunari, another powerful Daimyo, and Japan split into 2 forces, with Ishida leading the Western Army and Tokugawa leading the Eastern. Tokugawa and his forces defeated Ishida at the battle of Sekigahara on October 21st, 1600 A.D. effectively ending 140 years of war. Clan Tokugawa ruled Japan as the Shogunate until 1868 when Emperor Meiji reformed Japan (for those of you who have seen the movie The Last Samurai, you might remember him). 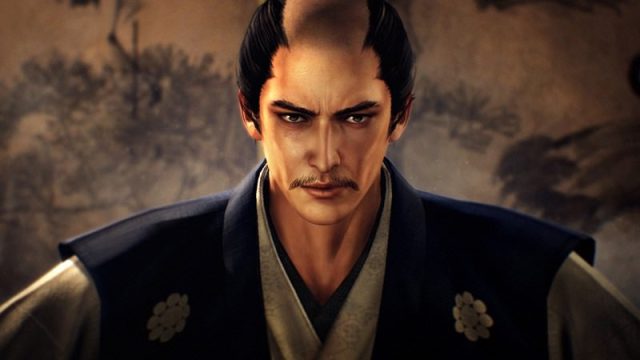 Tokugawa had 4 famous Generals: Honda Tadakatsu, Ii Naomasa, Sakakibara Yasumasa and Sakai Tadatsugu. Together they were known as the Shitennō or “Four Heavenly Kings”. Of these, only 2 are known to have fought alongside Tokugawa at the Battle of Sekigahara: Honda Tadakatsu and Ii Naomasa. Of the Four Kings, the most famous was Honda Tadakatsu, who was never wounded in combat and was always distinguishable on the battlefield by the deer antlers on his helmet. His fighting skills with his spear Tonbo-Giri (“Dragonfly Cutter”) were so well known that it has been named one of the Three Great Spears of Japan, and a replica of it is on display at the Tokyo National Museum. Legends say that the spear was named Tonbo-Giri because it was so sharp that it could cut a Dragonfly in two if it landed on the point. 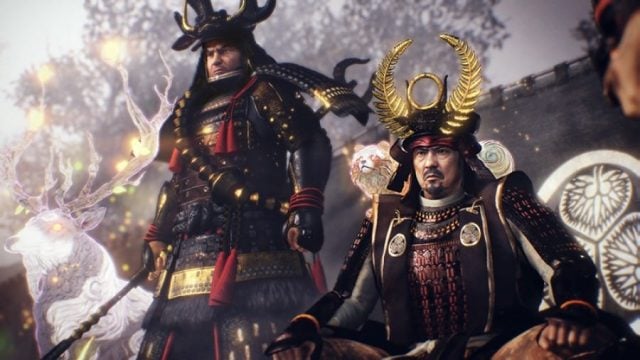 Another notable figure that was allied with Tokugawa was none other than Hattori Hanzo, who is perhaps the most famous Shinobi (ninja) in history. Many people may know him from the movie Kill Bill, where he was depicted as a master swordsman who made legendary assassin swords. In real life, he once saved Takugawa from certain death, and is said to be a master of the spear and a brilliant tactician. He is so famous in Japan that people have often attributed him supernatural powers, referring to him as Oni no Hanzo or “Demon Hanzo”. He died years before the events of the game, but his name was passed on to his sons. His favorite spear and ceremonial helmet rest with him at Sainen-ji Temple in Tokyo. 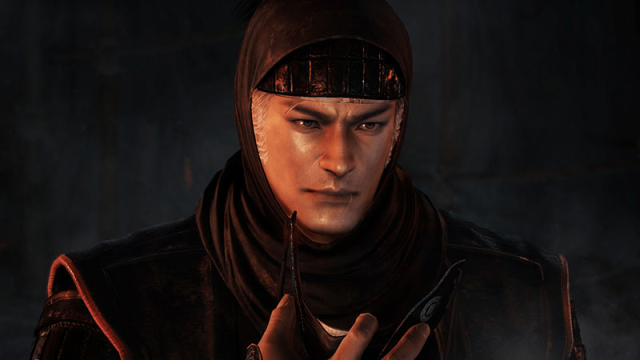 Kuroda Kanbei was a Christian Daimyo and military strategist to the late Shogun Toyotomi Hideyoshi. He is said to have lost an eye and ended up with a leg disorder after being imprisoned for over a year in harsh conditions. He attempted to invade the Kyushu region during the Battle of Sekigahara, but ultimately failed. Later in life, he was forced to renounce his faith and lived out his days as a monk. His son Kuroda Nagamasa fought in the Battle of Sekigahara and defeated Shima Sakon, a famous Samurai of the Western Army. 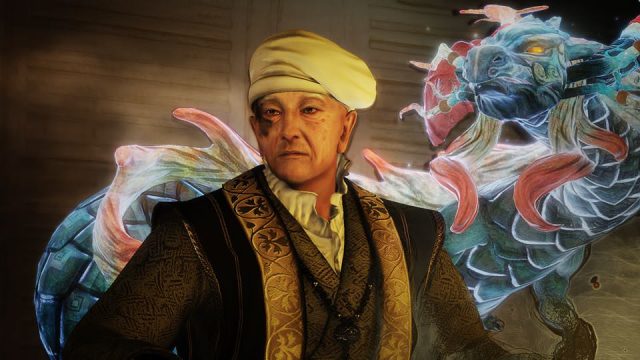 Torii Mototada was a Samurai that served under Tokugawa during his campaigns before the Battle of Sekigahara. In August 1600 he, Tokugawa and 2,000 men were at Fushimi Castle when they got word that 40,000 soldiers were marching on their position. Although there was time to escape, Torii decided to stay and fight anyway buying time for Tokugawa to do so. He is reported to have said, “”It is not the Way of the Warrior to be shamed and avoid death even under circumstances that are not particularly important … For myself, I am resolved to make a stand within the castle and to die a quick death. It would not take much trouble to break through a part of their numbers and escape, no matter how many tens of thousands of horsemen approached for the attack or by how many columns we were surrounded. But that is not the true meaning of being a warrior, and it would be difficult to account as loyalty. Rather, I will stand off the forces of the entire country here, and … die a resplendent death.” Every single solider that remained to defend that Castle was killed, delaying the Western Army’s advance 10 days. This bought Tokugawa enough time raise his forces and was instrumental in his victory. 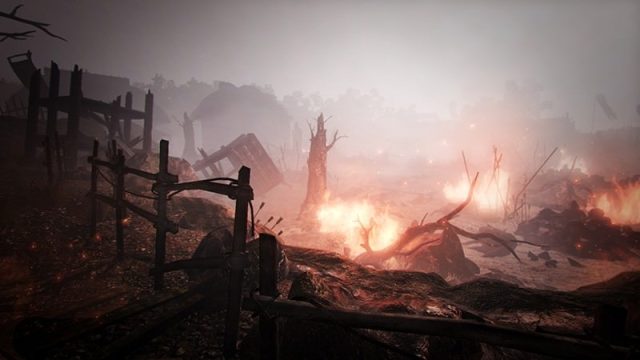 Otani Yoshitsugu was one of many Samurai who served under Ishida Mitsunari. He was well known for being extremely friendly and also suffered from leprosy. It was rumored that at a tea party he once spilled some pus from his face into a tea cup that was being passed around and only Ishida Mitsunari would drink from it, bonding the two. Planning to ally with Tokugawa, before the Battle of Sekigahara he tried to convince Ishida that the battle was futile, but his attempts failed. He decided to fight with Ishida anyway despite being nearly blind and in poor health. He committed suicide during the battle after being betrayed by his own men. 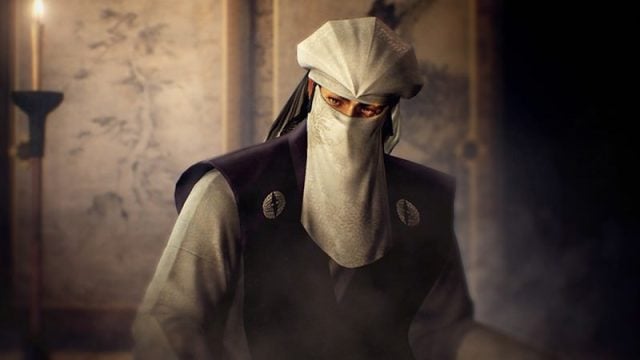 Tachibana Ginchiyo was the head of the Tachibana clan during the Sengoku period. Left to rule her house because her father sired no sons, she was one of few women to ever have such honor. She married the Samurai Takahashi Muneshige who adopted her family name and became known as Tachibana Muneshige. Tachibana Muneshige lead house Tachibana against Tokugawa Ieyasu at the Battle of Sekigahara. After the Western defeat, although spared, he was stripped of his land and holdings. For many years he proved his loyalty to the Tokugawa family and eventually the Tachibana clan was given their land back. Tachibana Ginchiyo died two years after the Battle of Sekigahara. 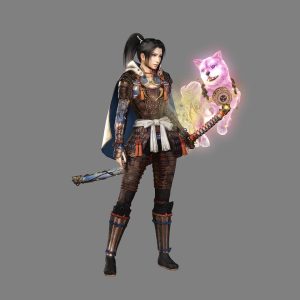 Shimazu Yoshihiro was a general during the Sengoku period and fought for Toyotomi Hideyoshi on the Korean peninsula when Japan attempted to invade. He is famous for defeating 37,000 Korean soldiers with 7,000 Japanese troops. They fought so skillfully that the Korean army called his troops Oni-Shimazu or “Shimazu Demons”. He was supposed to fight for Tokugawa at the Battle of Sekigahara, but instead decided to fight for Ishida. It is said that they did not get along, and as a consequence during the battle his 1500 troops did not move until the battle was all but over. Then surrounded by Tokugawa’s entire army he charged fearlessly through them and escaped, mortally wounding Ii Naomasa in the process. Upon hearing of his bravery, Tokugawa allowed him to keep his land and title.

Shima Sakon was another Samurai that served under Ishida Mitsunari at the Battle of Sekigahara. He was one of his highest ranking officers, commanding 1000 men. He died during the battle, or just after, to a gun shot wound fired by a member of Kuroda Nagasma’s regiment. 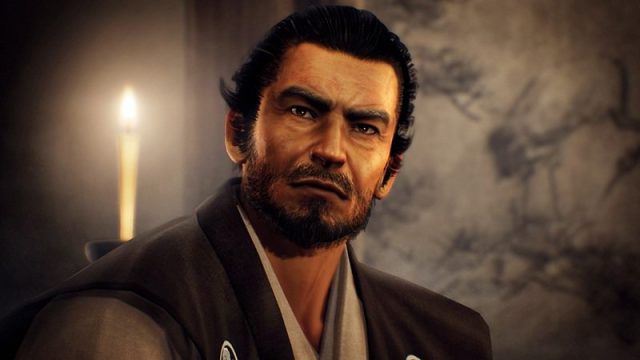 William Adams arrived in Japan in April 1600. He was an English trader for the Dutch East India Company and was one of the very few survivors of the only ship to make it to Japan as part of a 5 ship expedition. Taken captive by Takugawa Ieyasu, he was eventually freed and became a western advisor to Takugawa, training in the arts of the Samurai and becoming the first western samurai in history. The Japanese called him Miura Anjin or “the pilot of Miura” (Miura is a small peninsula that divides Tokyo Bay), and he helped the Japanese build their first western ships, modernizing their navy in the process. The cannons and rifles brought with him on his ship were used at the Battle of Sekigahara, but William himself never fought in it. He played a significant role in expanding the trade of Japan with Europe and is considered the most influential foreigner of the time period. He eventually married a Japanese woman and they started a family. He died in 1620 at the age of 55. 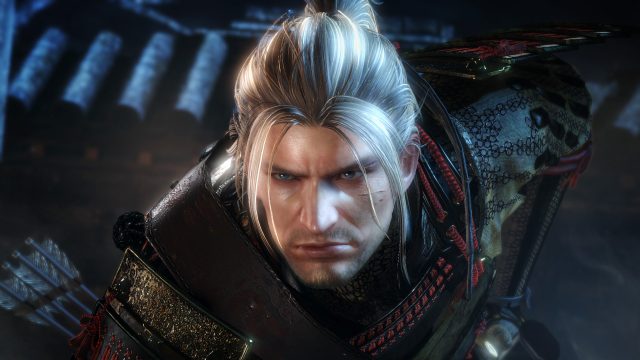 The depth of culture and history that is being explored in Nioh is impressive. The game already features deep mechanics in its weapons, stances and skills among others, and it’s easy to get lost in those and just ignore what’s going on in the story. But if you pause and pull back the curtain to see the tale being told by Team Ninja you will find a supremely rich homage to one of the most important periods in Japanese history, that is colored by an exploration of Japanese spiritual folklore. It’s clear that care and pride have been fundamental pillars in the game’s development and we can’t wait to experience history.

10 comments on “Nioh: A Brief History of the Battle of Sekigahara”