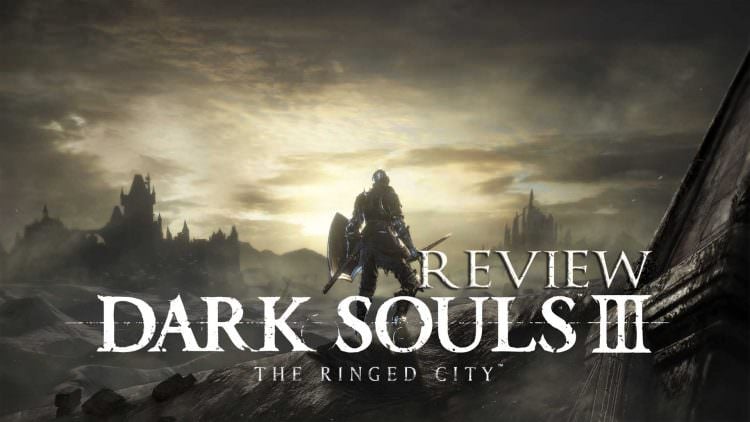 Many players were unhappy with the length and difficulty of the previous Dark Souls 3 DLC Ashes of Ariandel. While adding and interesting area to the game, it didn’t really have that something that we all craved. The Ringed City, on the other hand, is exactly that something that you have been waiting for.

(minor spoilers ahead, click the links at your own risk!)

Featuring a new Covenant with unique mechanics, 2 new zones (one of which is breathtaking), and 4 new bosses that are sure to break a controller or two, players will find themselves busy for the next couple of weeks. Is this DLC a fitting conclusion to one of the most iconic trilogies in gaming history? The answer is a resounding YES, and here’s why…

The story unfolds in The Ringed City, but there are other more “familiar” places for players to explore and fans of previous games may be pleasantly surprised. The crumbling platforms of The Ringed City are what remains of a people long gone, with the inevitable decay of time creating a swamp. Challenging the passage of time, the proud Church and towers of the citadel still rise high in the distance, giving players a magnificent view from exceptionally well placed vantage points. The scale of the city will inspire awe and provide a sense of desolation that most players have come to expect in the series yet, in a beautiful twist, one feels a bit like Lara Croft. Navigating passageways and corridors of the city, discovering its secrets and trying to uncover the happenings of days long gone and imagine how life may have been evoke that feeling. But Lara didn’t die quite as often though, I think…

The Ringed City features a new cast of characters to meet and interact with along the way, complete with their own quest lines and From Software-like mystique. These alone probably set TRC apart from AoA, however, that’s just the tip of the iceburg. The game introduces a new covenant that not only plays a major roll in the plot of this DLC, it also has a big effect on its gameplay, providing a wonderful meld of story and execution.

The story of the DLC is, as always, difficult to piece together and process even with its similar themes of past installments, alluding to the cyclic nature of the world. There are many new item descriptions and cutscenes that should shine some light on a few things for players, if not to only add to more fantastic lore theories that drive us to uncover the truth of it all. I’ll refrain from saying to much on this, but players will indeed enjoy this aspect very much. 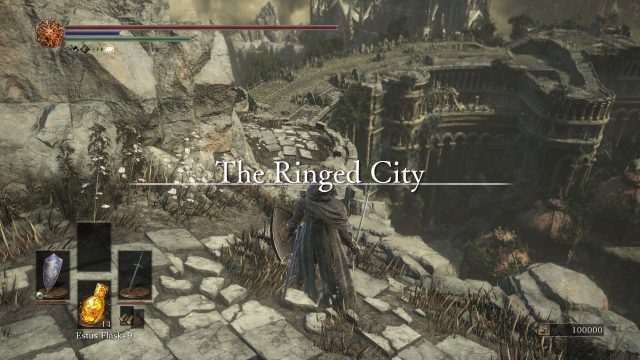 Welcome to the DLC!

Dark Souls has set a standard on what a game world can be, and this means players arrive with expectations. FromSoftware have done nothing really impressive, nor have they done anything disappointing here, but there are things you can miss by progressing too far, making multiple playthroughs a must. This is something AoA was really missing, as I never felt the need to play through it a second time. I find myself constantly running around looking for new secrets and hidden things, and it’s almost an obsession at this point, just as I run into this puzzle which I finally solved. Obsession is how we all got into the game, so obsession is good….

Adding to the delightful level design, there are many new enemy types that are sure to engage the players, alongside some which may make you really want to pull your hair out. The new spells, weapons and armor are a wonderful addition to an already huge arsenal that are sure to impress even the staunch collector. I expect many players to be using the new gear often, which is not something I would have thought of the AoA equipment. The new covenant mechanics will be extremely active for probably a month and then they will become nearly obsolete, so be sure to join the fun ASAP and get in on the action while it’s a crazy shit show! 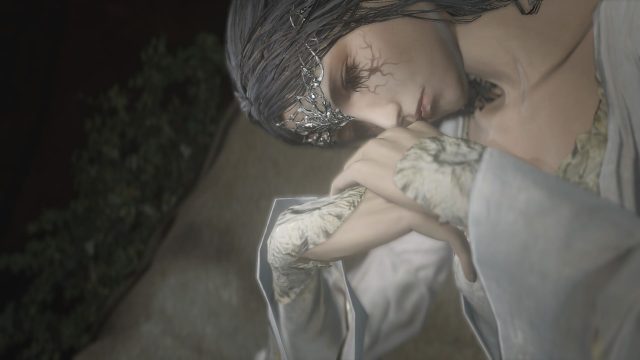 In total 100% seriousness, This DLC should come with a warning label “Masochists Only Please“, because it is that hard. The first area alone is just plain evil and unfortunately I don’t mean evil in a good way here. Running past every enemy on the level in order to find something to kill the angelic laser beam nightmare floating in the sky over and over is really not my idea of a good time. It can be extremely frustrating when you want to explore and see everything, but you can’t because the @#$%ing @#hole in the sky won’t let you. After about 10 deaths to this #$%#bag you’ll be wishing you’d bought zanax instead of the energy drinks that now line the floor. However, once you get past this area the game really opens up and starts to shine. The game only gets harder, but in a challenging and fun way, not a American Gladiators type way.

The second zone is simply punishingly beautiful. Long distances between bonfires, tough enemies, more tough enemies, traps and surprises. You’re sure to die over and over and it almost feels like From Software has learned player habits. “Shiny object near a cliff you say? I’m sure there is an enemy waiting to pull me over…yep I was right, I’ll just kill him and…oh fuck a guy popped out of the ground behind me and shoved me over…well played From! well fucking played!”. This DLC was clearly designed for end game players and co op and players from all walks of life will thoroughly enjoy it!

The new bosses are both interesting and difficult. Not only is there a new boss with a popular and fun mechanic bringing you back to the start of it all, but the hidden boss is probably the hardest in the entire game. You will be swearing and yelling at your TV when fighting him and you will feel like the biggest badass that ever walked the earth once you beat him. I was literally shaking when I beat him 😉

And in addition to the challenging bosses, there is also the variety added by the new arenas – which will help to breathe some fresh air into PvP. 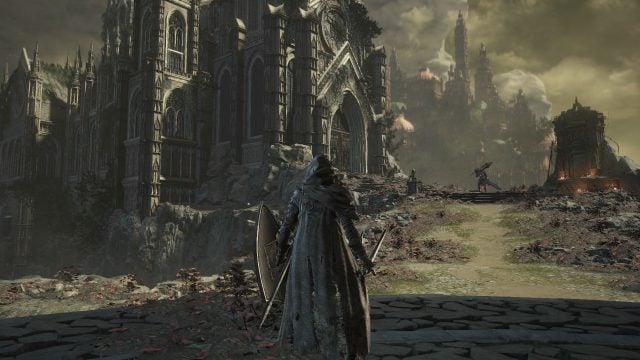 For a series that is notorious for disappointing its many fans, only because their standards are so damn high, The Ringed City shines brightly. It fulfills that something that you felt was missing from the past DLC and in some cases Dark Souls 3 itself. The content is plentiful, engaging and mysterious, with the beautiful execution and lore entries that will surely keep players coming back and re-tracing the whole game.

Dark Souls itself has been a fantastic journey over the years and The Ringed City is a fitting end to an iconic franchise. But who knows…perhaps one day the fires will burn brightly again and something new will stir within the ashes. Until such time, we say thank you From Software, sincerely thank you from the bottom of our Dark Souls… 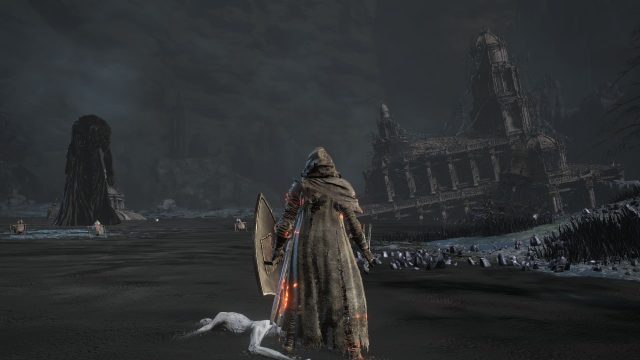 It wouldn’t be Dark Souls without a swamp

9.5
Summary: Plentiful, engaging and beautifully designed content adds many hours of playtime and reasons to return to the base game one year after release, be it to enjoy fashion souls or your powerful new arsenal, or simply explore what humanity may have meant all along. A fitting end to a fantastic game, worth full price.
Story & Setting (9.5)
Design, Visual & Audio (9.5)
Replayability (9.5)
Gameplay (9.5)
Pricepoint (9.5)

10 comments on “Dark Souls 3 The Ringed City Review: The End of an Age”