Zpeciation: Tough Days paints a world we’ve all seen before. Zombie apocalypse, humanity struggling to survive against the growing hordes of undead, the usual. The difference this time is that mankind developed a beacon that lures the zombies to it, allowing the military to plop one down in the middle of a fortified area and pull off a pretty good impression of a meat grinder. I seriously question the wisdom of keeping their refugees inside that same meat grinder – if you can lure the zombies anywhere, I’d think away would be the first plan – but it does put some emphasis on failing. If the zombies get to your beacon and break it, they’re going to eat your people. Fair enough, I’ve killed zombies for less.

At least, that’s the stated premise. The general feeling I get from the narration is that the developer wrote a story to tie together elements they already had beforehand. Maybe they made the game first and the story second, maybe they had a box of pre-made assets on hand and just worked with that, maybe the narrator is just really drunk. All I know is, that’s what it feels like. The narrator talks about all the zombies I have to kill, then I spend an entire level watching soldiers mow down giant spiders. The narrator describes the map as a traffic jam with panicked people stuck in it, I see a bridge full of thoroughly destroyed cars that look like they’ve been abandoned for thirty years. It’s a disjointed experience, and makes it hard to get invested in the story. 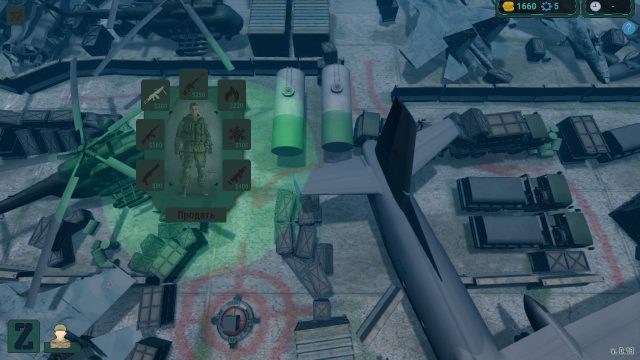 It’s a tower defense game, which should sum up everything you need to know here. You plop soldiers down into any of several predetermined locations, give them guns to fulfill specific roles in your defense, they shoot at a stream of enemies who have varying degrees of HP and movement speed before the beacon gets overrun. Killing “zombies” gives you more money to buy more soldiers or different guns. The experience does not get any more complex than that.

It does, however, get more buggy. The first stage I played, it took me nearly thirty minutes to put down a single soldier because, for some reason, clicking the icon and left-clicking where I wanted him wasn’t working. Some trial-and-error determined that I had to click the icon, right-click the chosen location, click the icon again, then left click an empty space. This definitely isn’t how it’s supposed to work, because every now and then the controls would decide to make sense for about ten seconds and I could place soldiers with just a single left click like you’d think it’d be. Annoying, but not impossible to play around. Then the game crashed before level one was complete. My second attempt saw me reach the second stage where the enemy counter apparently miscounted and thought there was a single enemy left on the map, meaning it couldn’t progress to the next wave. Attempt three got me as far as the third stage before not only did the game crash, but the dialogue box stating such also crashed. I was honestly kind of impressed by that. 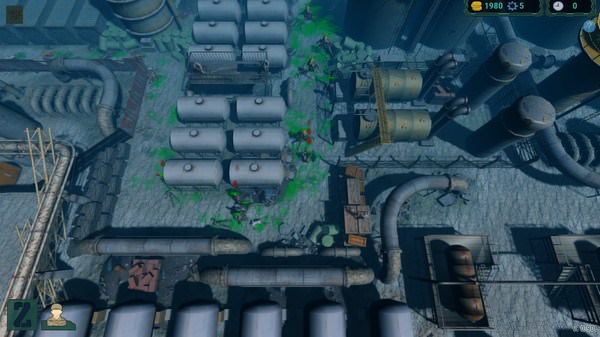 Even when it was working as intended, the experience was uneven. The difficulty curve is best described as clumpy, there isn’t much you can do with soldiers beyond giving them a different weapon, and the only difference between enemies is how fast they move and how hard they are to kill. Faster always means tougher, mind you, we aren’t actually talking about variety here. The guns are completely unbalanced, with range differences that make little sense and damage outputs that seem completely unrelated to their cost or role. I made it as far as stage six before hitting a sudden and tremendous difficulty spike that boiled down to me simply not having enough money to mount a defense before lightning fast bullet sponges bodyslammed my beacon to death. Maybe it could’ve been done if I’d turtled up and carefully rationed out the pocket change. I simply lacked the will to continue, though, and it was already long past the point where I would’ve uninstalled if I hadn’t been trying to write a review. Heck, the other reviews on their store page quit by stage three, so I’ll mark that down as an accomplishment in my book. 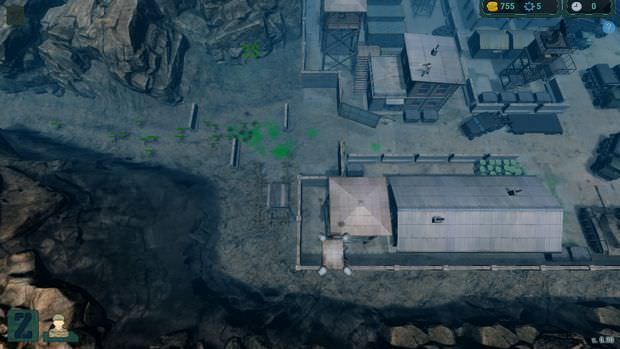 I recommend muting this one on startup, there’s nothing worth listening to here. The soundtrack is crickets. That’s not a clever description or anything, it actually is crickets. The quiet chirps are occasionally interrupted by your soldiers saying incredibly stupid things as they shoot at creatures that may or may not be zombies. Admittedly, some of their lines are kind of funny when you try to give them a gun you can’t afford, but that’s it. Overall it sounds like someone tried to imitate a frat party when their only experience with one comes from television.

The graphics aren’t anything fancy, which makes it especially confusing that they aren’t all that consistent, either. I think the soldiers can’t point their guns down, because they like to angle sideways until they’re clipping through floors or walls, and sometimes I’ll scroll the camera away from one only to look back and find him standing in midair a good twenty feet away from where he’s supposed to be. The soldier then treats this as his new permanent location, which is a problem because I put him and his flamethrower precisely where I wanted them for a very good reason. If it only happened the once I could probably ignore it, but gravity and physics seem like mere suggestions in Zpeciation and soldiers find themselves levitating no less than once a mission. At least the enemies can keep their feet on the ground. 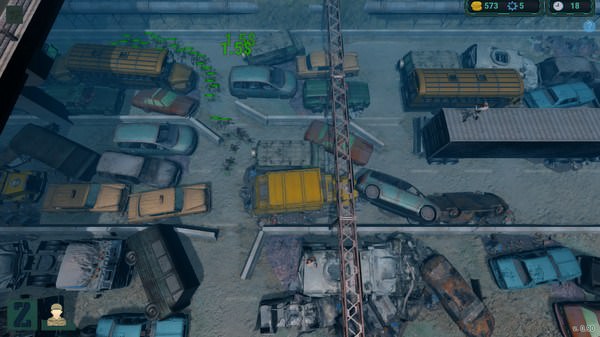 4
Summary: It has a good core idea, but the bugs and lack of polish kill the concept and suck out any fun that might be hiding in it. Probably not worth your time until some of the issues are addressed, even at a low price.
Story & Setting (4)
Gameplay (4)
Visual & Audio (4)
Replayability (4)
Pricepoint (4)