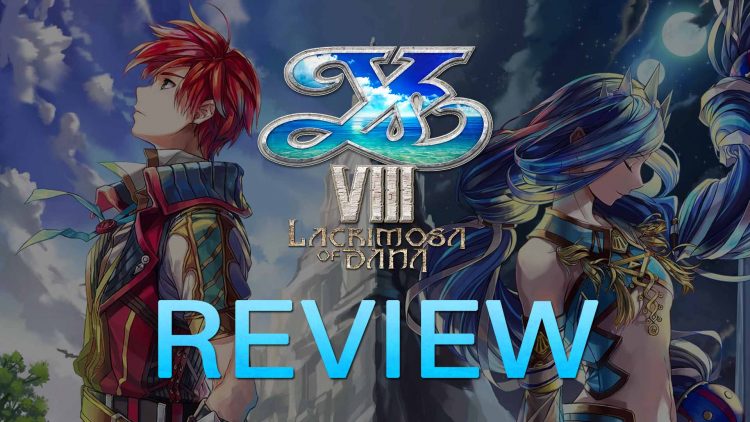 Part of a longstanding flagship series from Japanese developer Nihon Falcom, with its roots dating all the way back to 1987, Ys VIII: Lacrimosa of DANA returns after 8 years in celebration of the franchises’ 30th anniversary! In this eighth installment of the series, that’s coming to PlayStation 4, PlayStation Vita and Windows PC, we see the return of protagonist Adol Christin as he embarks on another new adventure. This time, with his loyal friend, Dogi.

A new land brings new opportunities, and mishaps. Thus begins the tale of the “Periplus of the Gaete Sea” . . .

Adol Christin, along with his trusted companion Dogi, set sail aboard a passenger cruiser en-route to the continent of Eresia. When suddenly, a terrifyingly large beast assailes their vessel, sinking it and scattering its passengers. Adol, Dogi and the survivors are washed up ashore on the fabled cursed: Seiren Island. There, the duo encounter Laxia, a noble who reluctantly joins their cause as well as a socially inept, stray fisherman, Sahad. 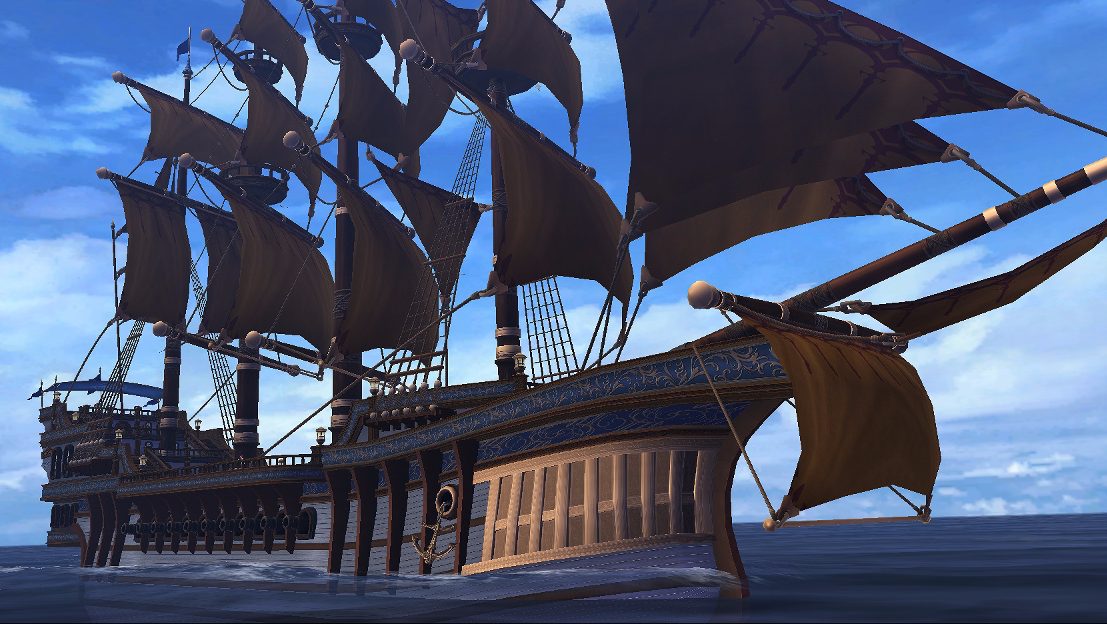 It’s no Titanic, but she’ll do.

This unlikey group of heroes vests it in themselves to go on a search and rescue mission for the stranded survivors, all the while looking for a way off of the forbidden island they’re thrust upon. Along the way, Adol glimpses visions of a mysterious young woman from ages long passed in the form of dreams whose story will unfold and reveal their intertwined fates. Throughout their arduous journey, Adol and company will meet new friends, enemies, and discover the mysteries of Seiren Island as well as have tragedy beset upon them. Their adventure begins now . . .

The premise for the game is quite standard when compared with other RPGs of this era, but how the story unfolds and delivers itself helps keep things interesting. The cast of characters you go on your journey with are charismatic with actual depth, which is fantastic! An interesting facet of the game is that despite how the game may seem to appear, the story can become quite grim. We see party members brood over their fates, over their failures to protect a life, and we especially see how being on a accursed island takes its toll on them. You’re whisked away into the affairs of these characters and get to experience some of the pain of their plight which makes for an unforgettable experience.

Seiren Island is a vast open-world expanse trawling with beasts and monsters players will encounter. At the onset, players are limited to a section of the island with the rest of it being inaccessible or cordoned off without first acquiring special relics or items to bypass these obstacles. This can be done by progressing through the story, and once you do, it becomes a blast to just zip through and annihilate everything in your path. 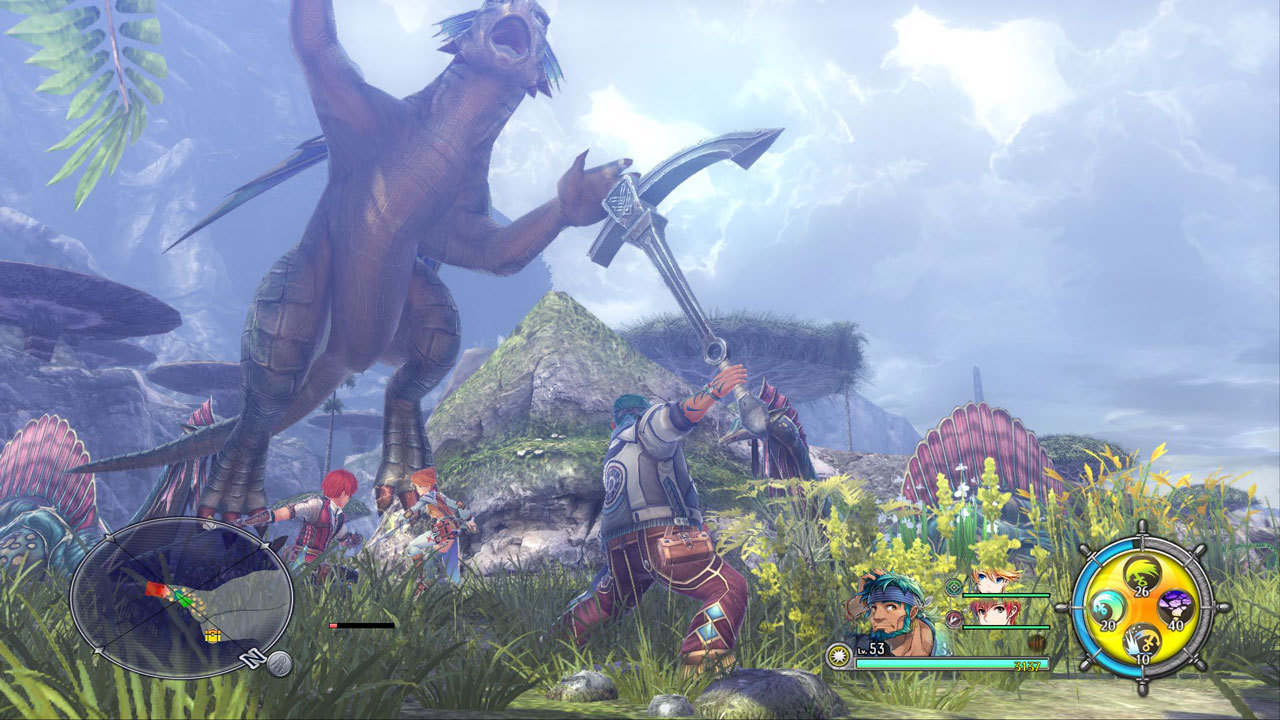 An anchor for a weapon…

Ys VIII still retains the fast-paced combat the series is known for, employing the “rock, paper, scissors” system that forms the basis of attacks, counter-attacks and combos players string into. It is dynamic, frantic, and satisfying real-time combat that gets your blood pumping. Like previous games, each character has different attack styles and types. Different enemies have different types of weaknesses, and you’ll need to switch characters in real time to play to those advantages. Along the way you’ll also learn and equip a variety of special moves, which use a replenish-able meter to dish out powerful attacks. There’s also a bullet-time styled flash dodge/guard system that lets you slow down time and deliver rapid attacks if your timing is just right, which is quite fun.

Besides the combat and exploration, the other chunk of the game, are “Dana’s sequences”. These are triggered automatically when you reach certain obstacles within the Island, and when this happens the game switches you over to Dana. Her gameplay sections are solo and players will find themselves fighting through these ancient dungeon locales, and solving puzzles within them. Upon completion, players switch back to Adol and company to find their world has now altered and the obstacles removed. 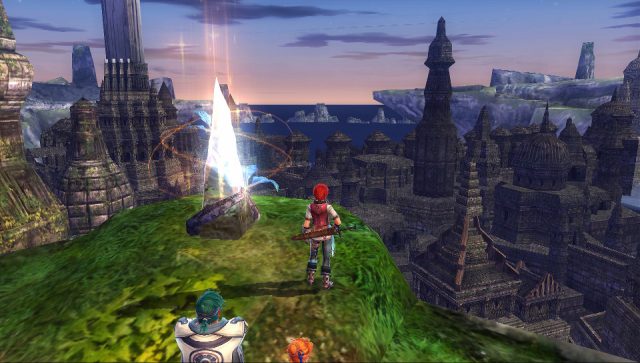 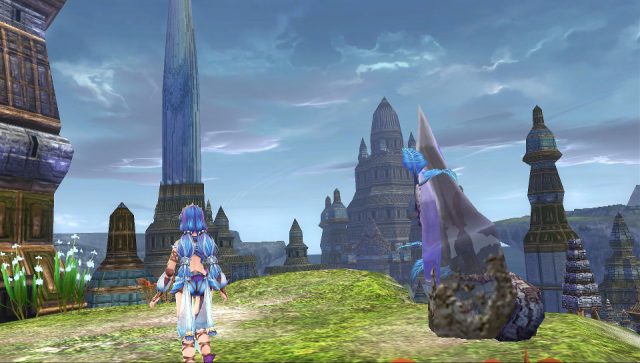 Aside from combat, there is also a fishing mini game, which helps break in the idea that you’re on a stranded island lacking resources. And, speaking of resources, the items you pick up or foraged throughout the game’s world can be traded with the various NPC townsfolk in town like the blacksmiths and merchants for new items, equipment and upgrades. However, the townsfolk are more than just repositories for your every adventuring needs as each has their own backstory and circumstances. This makes interacting with them a pleasure as you learn more about them through the many lines of dialogue.  As you become endeared with most of them you can’t help but feel the weight of your escape really sink in. Hammering this in, is this mini-game of “Town Defense”, where you fight off invading beasts. 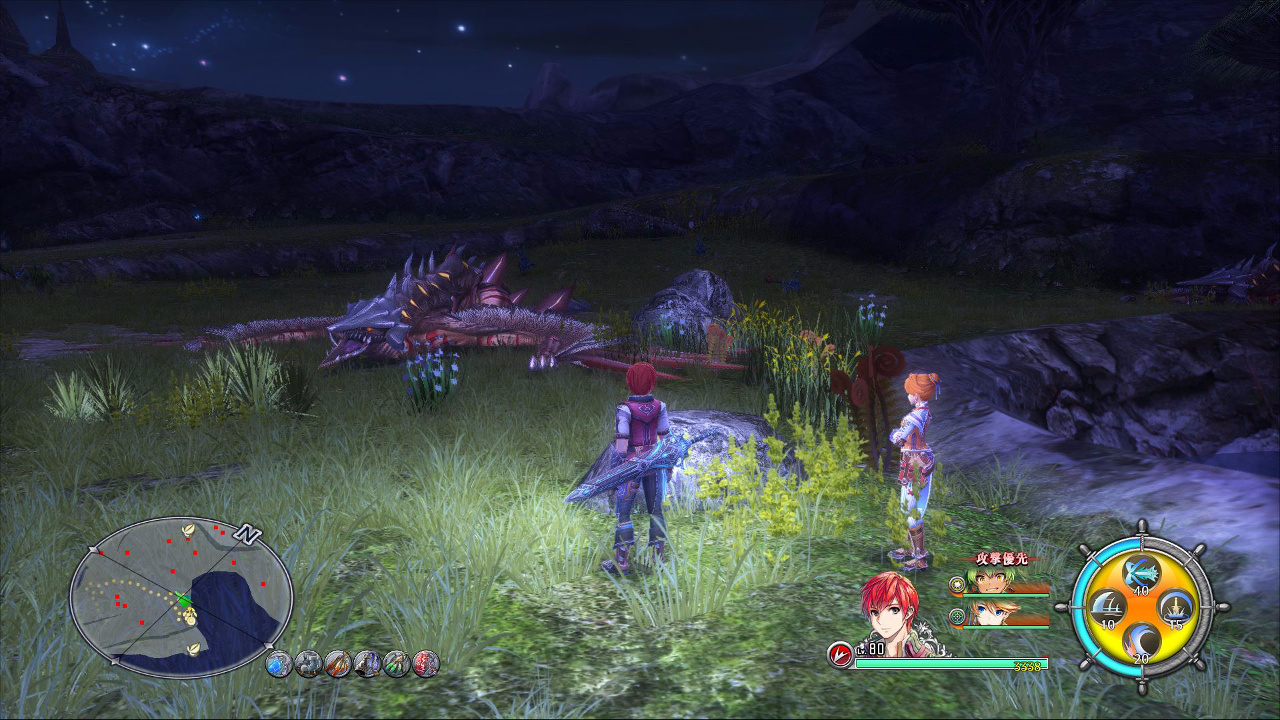 Despite the circumstances, its a pretty cozy night.

Just like Nintendo with their emphasis on gameplay and technological gimmicks, Ys is of the same mantra. Ys VIII’s technical graphics are, to put it bluntly, dated. Particularly the character models, environments, their textures and shading. By todays’ standards, the character models appear blocky, lacking the high polygon count that we’ve come to expect from modern day games. Textures aren’t the greatest either and appear muddy even from a slight distance. All this appears to have been done so for the sake of performance. This may turn off gamers, especially PC Enthusiasts with their beefy machines who enjoy pushing their rigs to its limit. Others might not care at all.

What the Ys VIII lacks in technical graphical fidelity, it makes up for it with its art direction and that really shows! And a benefit of this is that this makes the system requirements very accessible, exposing the game to a much wider audience had the designers chose to opt for insane 4K resolution and textures. These technical/visual “drawbacks” will grow on you fairly quickly however, as you’ll be so busy slashing, striking and piercing away that in some ways you might even find it charming.

The Ys franchise is known to have some of the best original soundtracks around and Ys VIII holds up that tradition. The music within this game perfectly matches the stages, boss battles and encounters it is set to. The melodic tunes are uplifting and motivating and it makes combat feel vicious and glorious. Some of the best around!

9.1
Summary: Ys VIII: Lacrimosa of Dana is by far, the best entry in the series. The tried and true gameplay is engaging, and its varied activities help keep things interesting. Your charismatic party members and endearing towns people make what you're doing matter, adding to the immersion. And as always, the music is just down right awesome! A highly recommended title to any action or RPG fan, or to anyone looking for something to play. This installment is a good introduction for newcomers to the YS franchise.
Story & Setting (9.5)
Gameplay (9)
Audio & Visual (8.8)
Replayability (9)
Pricepoint (9.3)