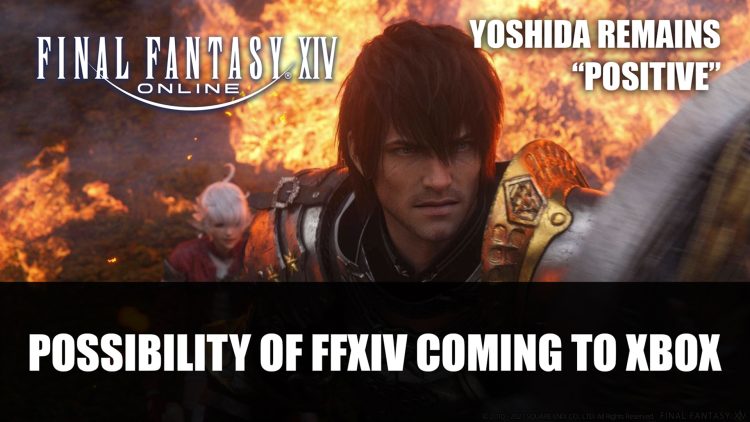 In an interview with Easy Allies and Final Fantasy 14’s director Naoki Yoshida, the possibility of the MMORPG coming to the Xbox platform still remains “positive”.

On going discussions between the developer and Microsoft are in a “positive-like tone”, but Yoshida could not share any solid plans as of yet.

I feel bad for saying the same thing every time, but we are still in discussions with Microsoft, and I feel like our conversations are going in a positive-like tone.

He also went on to explain that he hopes to share “some kind of update to the players” with timing being hopefully “very soon”. Being “unable to divulge on certain details” meaning they are moving in the right direction for an Xbox version.

While it doesn’t look like Yoshida will be able to spill the beans on any details just yet, the timing issue suggests that hopefully the Xbox console version is underway. But with the release of the Endwalker expansion happening next month, there already seems to be a lot going on for the developer at this moment without the worry of another platform launch.

Recently Final Fantasy 14 was announced as the most profitable game in the series with now over 24 million players.

Final Fantasy 14 is available on PC, Playstation 5 and Playstation 4. Endwalker is the next expansion that will be releasing on November 23rd 2021.