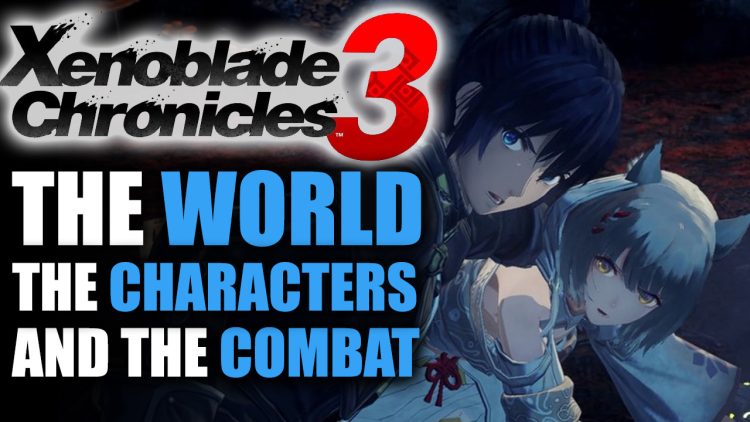 Xenoblade Chronicles 3 got a boatload of information in yesterday’s Nintendo Direct showcase. We learned more about the world, the characters, and various systems.

Xenoblade Chronicles 3 Reveals Details on the World, Its Characters, and More

The Nintendo Direct showcase on June 22, 2022, focused entirely on one highly anticipated game – Xenoblade Chronicles 3. There was tons of footage in the nearly 30 minutes of runtime in the event. Let’s take a look at what we discovered about the land of Aionios!

The World of Aionios

We are greeted with a bit more lore on the going-on in the lands of Aionios. The land is lush and full of beauty. However, in contrast, it is filled with death, war, and strife. Battles and countless lives are lost every day in order to fill up the leadership’s Flame Clocks. This could perhaps pertain to their lifespans. 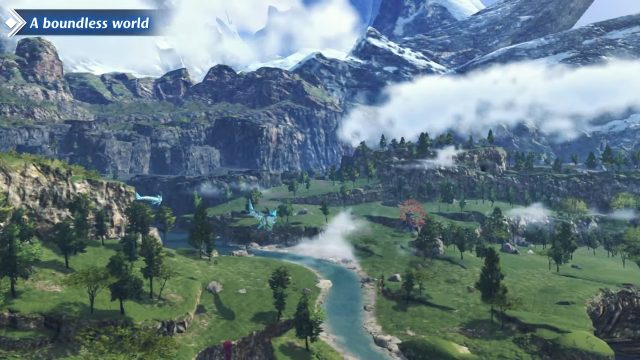 The primary conflict is waged between two distinct nations, Keves and Agnus. People born on Aionius know only war as they are bred and trained specifically for combat since birth. It is quite grim, especially considering that most people have a meager 10-year lifespan ahead of them.

Eternal servitude for their queen is all everyone has ever known. The highest honor available to these soldiers is a “grand homecoming”. This isn’t quite as grand as it seems, as the homecoming involves giving up their voices and essence for their monarch. It is also unfortunate that not everyone is able to receive this rite, as countless numbers are slain and left on the battlefield.

A Tale of Two Cities

Xenoblade Chronicles 3’s main characters are comprised of three individuals from each nation, for a total of 6 playable characters. As with most of the population of Aionios, these youngsters have been commissioned to battle the opposing nation. 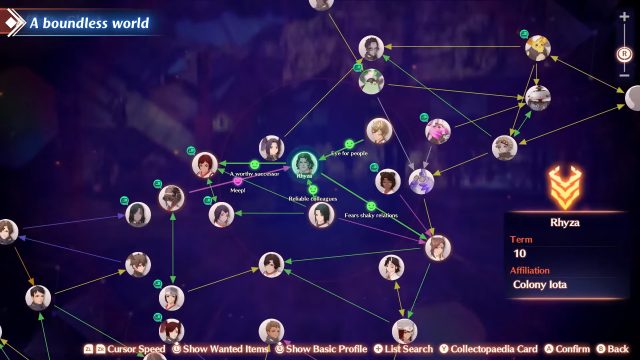 An Intricate Web of Acquaintances

However, this conflict is stopped in its tracks as our heroes are assaulted by an unknown figure. This mysterious person is seemingly much older than the people who reach the end of their 10-year lifespan. He then instructs the group to seek out Sword March, the land pierced by a sword. The two groups thus form an uneasy alliance to discover the truth of the world of Xenoblade Chronicles 3.

The Folks from Keves

From the land of Keves come Noah, Eunie, and Lanz. Noah is a trustworthy off-seer. This profession consists of seeing that the voices of the dead on battlefields are sent off properly. Eunie is a strong-willed person, ready to take on any challenge pit against her. Lastly, Lanz is an ashen-skinned warrior that excels in melee combat. 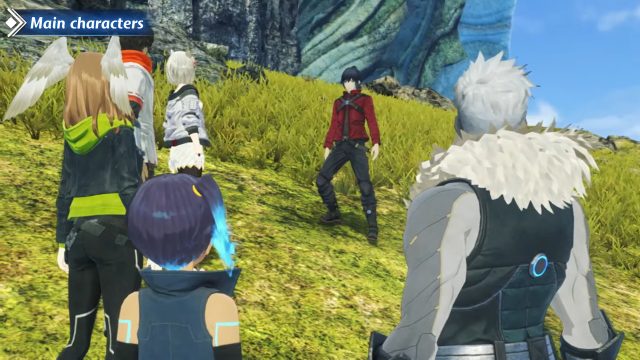 The Party’s All Here

On the other side of the world, hailing from Agnus are Mio, Taion, and Sena. Mio is a compassionate off-seer just like Noah. Taion is the battle tactician that oversees combat. Sena’s small stature hides the fact that she is extremely strong.

The Heroes of Aionios

Our cast of characters will often be accompanied by various Heroes or notable figures from the lands of Aionios. These Heroes will be a special temporary 7th party member that can join in on combat. What makes heroes even more special is the fact that they have unique classes that are not naturally available to the main party, adding even more depth to the combat (which we’ll get to later on).

The Vast Exploration of Xenoblade Chronicles 3

Though war-torn and weary, the lands of Aionios are not barren. On the contrary, diverse flora and fauna occupy the various biomes. Monsters and encounters will even be different depending on the time of day.

Aside from monsters, the group will also encounter some groups of soldiers from both factions battling out for their monarchs. 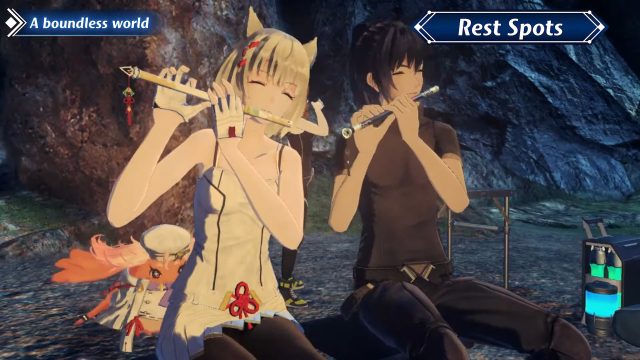 Bond at the Rest Spots

Another highlight of exploring the world will be discovering Rest Spots. These areas will be available to camp, restock on items, cook, and most importantly, get to know the members of your party. You can even discuss local rumors as a group and decide which leads to pursue in search of quests.

You do not need to worry about how massive the world of Xenoblade Chronicles 3 is. Fast traveling to previously discovered areas will readily be available to make traversal a breeze. An intuitive navigation system can also create visible breadcrumbs to follow which will lead you to points of interest or even your next quest objective.

What would a JRPG be without exciting, heart-pounding combat? Good news, as Xenoblade Chronicles has got that in spades!

Initiating fights is as simple as walking up to a hostile monster and drawing your weapon. Auto attacks will happen automatically, given that your currently controlled character is within range. You can swap between any of your 7 party members at any given time in combat. Positioning will also be important as there will be locational damage, especially on the larger foes.

That’s a Lot of Class!

Combat will have three distinct roles, each with different classes associated with them. Attackers are your basic damage dealers; Defenders specialize in drawing aggro and tanking; and Healers specialize in restoration, disruption, and support. 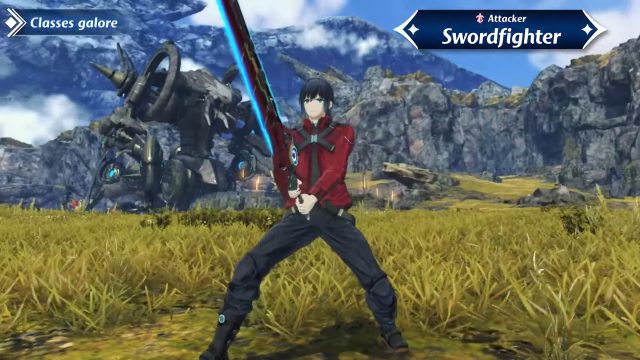 Swordfighters and Ogres are the basic Attacker Classes. The former is the most balanced in terms of defense and damage. Ogres on the other hand specialize in crushing the enemies’ defenses with huge weapons and heavy blows.

For the Defenders, they get the Zephyr and Heavy Guard classes. Zephyr is a quick and nimble class that specializes in evading enemy blows and then delivering violent counterattacks. The Heavy Guard is your traditional RPG tank that wields massive weapons in order to completely block enemy attacks. 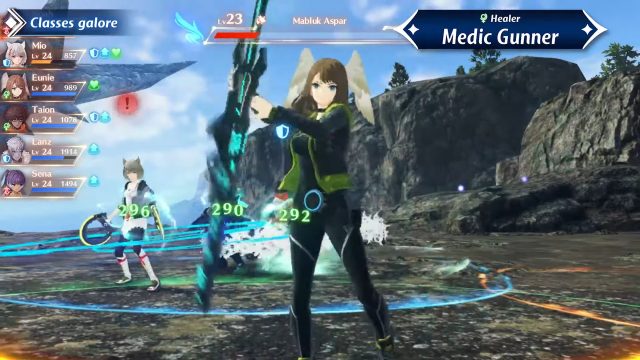 The Healers are comprised of the Medic Gunner and the Tactician. Medic Gunners buff and heal their allies from a distance and is your basic healing class. Tacticians make use of special Paper Talismans to disrupt their enemies and assist allies.

Characters’ classes are also not set in stone. You can change any number of your party members’ roles seamlessly in combat, making fights truly your own.

We mentioned auto attacks earlier, but your most efficient abilities come in the form of what is being called Arts. These are your run-of-the-mill offensive spells, buffs, debuffs, and support abilities. Arts can even be chained together to cause devastating combos. For example, you can Break an enemy’s balance, then topple them over. You can follow this up by Launching airborne, then immediately Smash them back to the earth. 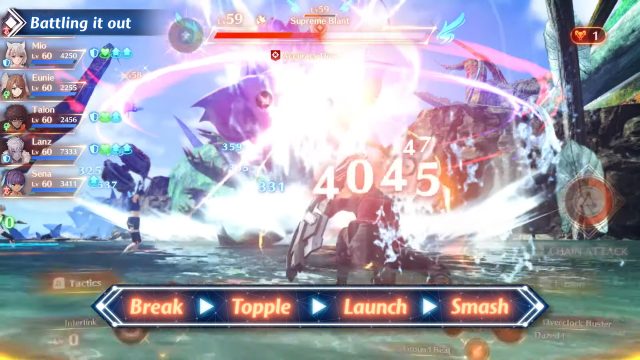 Master Arts are powerful abilities that can be perfected by certain classes. Once perfected, they can transfer its usage even if that character changes classes. For example, Defenders can eventually learn to heal their allies, given enough time. Even further, Fusion Arts is a system that can combine the effects of two totally different arts into one ability.

One of Xenoblade Chronicles 3’s more unique aspects has got to be its Ouroboros system. This combat feature lets two specific characters link their consciousnesses together to summon the mighty creatures known only as the Ouroboros. 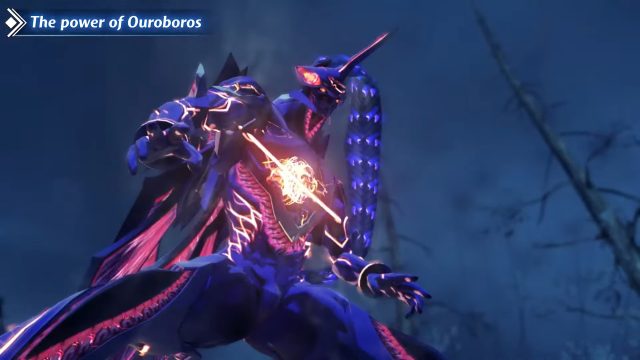 Ouroboros are powerful beings that can unleash devastating attacks but last for a limited time on the battlefield. The Ouroboros’ attacks can even be chained with the rest of the party’s Arts, creating even more opportunities for creative combos.

Even though the Ouroboros is created by the union of two bodies, it can only be controlled by one consciousness. Thus, the look and feel of the resulting summon will depend on which character is “controlling” it. Experimentation is key!

Xenoblade Chronicles 3 will release globally on June 29, 2022, exclusive to the Nintendo Switch. It will cost $59.99. An Expansion Pass was also announced which will cost a separate $29.99. For that price, it will provide various items, outfit color variants, Hero characters, quests, and more. Content from the Expansion Pass will be drip-fed every so often, until the end of 2023.

For more news, be sure to check out Persona 3, 4 and 5 Are Heading to Playstation and Steam and Playstation Looks to Be Skipping Gamescom 2022.