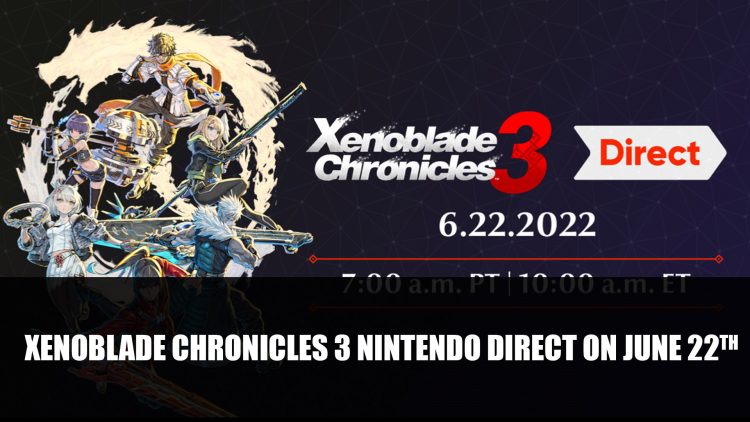 A Nintendo Direct is happening this week on June 22nd for Xenoblade Chronicles 3. Nintendo has announced it will be starting at 7:00 PT/10:00 ET/15:00 BST. The presentation will focus entirely on the upcoming entry with a duration of roughly 20 minutes.

While the tweet announcing the Direct doesn’t go into details of what will be covered, we should be getting a good look at the upcoming open world entry to the franchise.

Tune in on 6/22 at 7am PT for a livestreamed #XenobladeChronicles3 Direct presentation featuring roughly 20 minutes of information about the upcoming RPG adventure for #NintendoSwitch. pic.twitter.com/x3pRs0EYRA

Previously a trailer was released featuring Aionios, showing off some of the locations as well as a giant creature wading through the waters. In case you missed it, in this entry of Xenoblade, the game will follow main characters Noah and Mio as they travel between the turbulent nations of Keves and Agnus. Joining Noah will be a party of six characters from both of these nations which include Lanz, Sena, Eunie, and Taion. Setting out together, they are on the path to uncovering the truth behind the conflict as well as reach Swordsmarch.

Xenoblade Chronicles 3 will be released for Nintendo Switch on July 29th 2022.