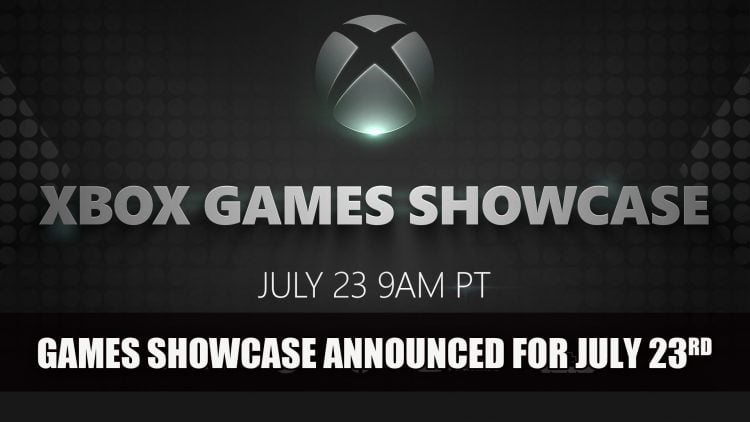 The Xbox Series X Games Showcase has been announced by Microsoft to be taking place on July 23rd at 9:00 a.m. PT / 12:00 p.m. ET. You can watch the broadcast on Youtube, Twitch, Facebook and Twitter.

The event will focus on upcoming first-party software for Xbox Series X. There will be a pre-show hosted by Geoff Keighley starting at 8:00 a.m. PT / 11:00 a.m. PT on the official The Game Awards YouTube channel as part of Summer Game Fest 2020.

As for what we will see, we should be getting a look Halo Infinite gameplay, Microsoft said last month on their blog:

Xbox Series X is now in the hands of our 15 Xbox Game Studios teams and the biggest names from our network of game development and publishing studios worldwide, ensuring Xbox Series X will power a new generation of blockbuster games, like Halo Infinite.

Microsoft Studios acquired The Outer Worlds developer Obsidian Entertainment and The Bard’s Tale IV developer inXile Entertainment in 2018. It will be great to hear of some upcoming projects from this RPG studios. inXile has already shared they are using Unreal Engine 5 for their next AAA RPG project.

There is also still the missing release date and pricing for the Xbox Series X. As it also releases around the same holidays 2020 window as Playstation 5, it will be interesting to see who will name their date first. There is also a rumour of an announcement for a second light version of the console called Xbox Series S, but this may be announced during an August event.

For more news be sure to read next Monster Hunter World Iceborne Update July To Fall 2020 Roadmap Unveiled and Mortal Shell Open Beta Is Now Available Via Epic Games Store.