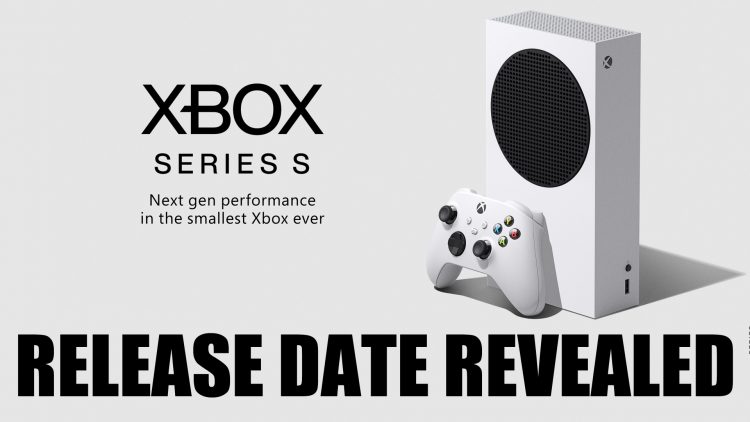 A recent leak led Microsoft to officially reveal the upcoming Xbox Series S, the “smallest Xbox Ever”, coming in November 10th for $288 / £249.99. According to the original leak, this “next gen” console will allegedly will support up to 1440p and 120FPS, feature raytracing, and come with a 512GB custom SSD.

The earlier leak came via a Twitter user showing a short of the “Series S” and “Xbox Series X” side by side, accompanied by rumors via Windows Central that the price for the full console would be $499 “with a $35 per month Xbox All Access financing option”

Xbox Series X is coming in November too

Xbox Series X has already been confirmed to be launching this November, narrowing down the holidays 2020 release window. The post also shares that Halo Infinite will not be launching with the console, but releasing in 2021 to “give more time to finish the critical work necessary…”

But Microsoft promises that there will be plenty of titles available at launch which includes “thousands of games to play, spanning four generations” with more than 100 being optimised for Xbox Series X. The optimised games can reach framerates of up to 120 frames per second with the use of Direct X raytracing. There’s also faster loading times and Quick Resume.

The post also shares news for Xbox Game Pass Ultimate which will launch on September 15th for both PC and console, allowing players to access more than 100 games on the cloud, also allowing gamers to play via Android phone or tablet.

Here are some of the highlights listed:

There had also been rumours that the Xbox team will release an announcement this August for Xbox Series S, which is suppose to be a disc-free version. No news as of yet on the confirmation for the second light-weight model. There are also no details on the price for the console as well.

As a result of the leaks, and given the November 10th release window, rumors are now intensifying regarding the Playstation 5 release date, which was rumored to be coming on November 5th, and is speculated to be bringing the hyped Demons Souls Remake as a launch title.

The internet is aflame with speculation right now, but keep an eye on Fextralife as we’ll have more news to share as information becomes known! Also remember that, whatever happens, you’ll get to upgrade your Witcher 3 to next gen.