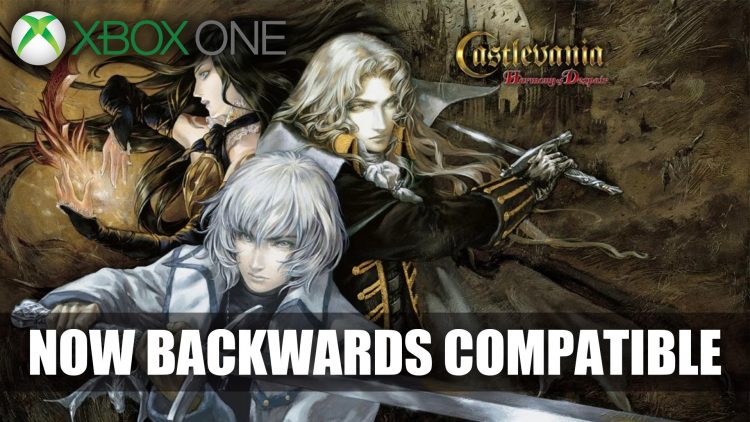 Adding further to collection of Castlevania games, Castlevania: Harmony of Despair is now backwards compatible on Xbox One.

Xbox One Adds Backwards Compatibility for Castlevania: Harmony of Despair

Furthering the range of retro games on the Xbox One backwards compatibility list, Konami’s Castlevania: Harmony of Despair joins this March. The title that originally released on the Xbox 360 is now playable on Xbox One, if you don’t own the disc you can pick up the game for $15 from the Microsoft store, as well as character packs for a further few dollars.

Castlevania: Harmony of Despair is a multiplayer game, featuring characters sprites and locations from many Castlevania titles. Following the story of the cursed book Grimoire, where the story of the sinister citadel Castlevania is written. Players can join up to six players online in co-op, grouping up to gain powerful combo attacks together in this platformer game.

This adds another title to growing choice of Castlevania games:

These can be purchased through the Xbox store or if you already own a copy simply insert the disc. The games will receive visual enhancements when played on newer systems with 4-times the pixel count on the base Xbox One and Xbox One S, while Xbox One X owners will be able to play the games with 16-times the original pixel count according to Microsoft.

If you want more Castlevania content be sure to read next Devil May Cry Animated Series Announced And Will Crossover With Netflix’s Castlevania. You should also check out Bloodstained Ritual Of The Night Releases Summer 2019.