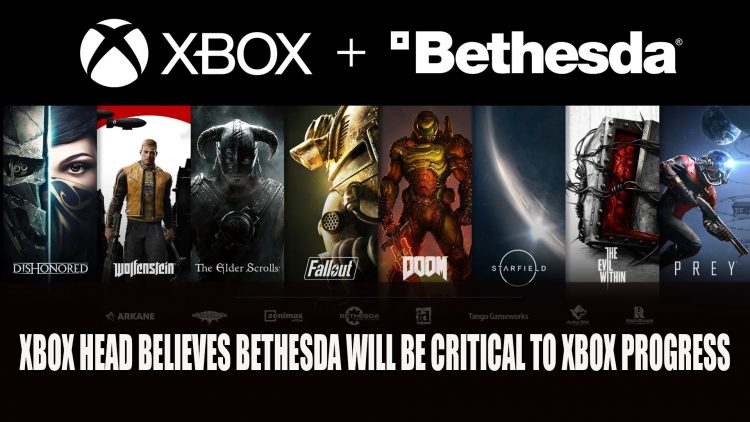 Xbox head Phil Spencer shared during a podcast how the acquisition of Bethesda will impact the progress of Xbox, as well as shares his anticipation for announced and unannounced games.

Xbox Head Believes Bethesda Will Be Critical to Xbox Progress; Plus Excited About Upcoming Games

In a Larry “Major Nelson” Hryb’s Xbox Podcast, Xbox head Phil Spencer talked about the implications of the acquisition of Bethesda.

In this interview, he mentioned that the final approval of the deal will be in 2021, and that it’s all set which he is feeling pretty good about. Microsoft will remain “hands-off” at this stage, as the deal hasn’t been completed as of yet.

Spencer mentioned that Bethesda joining Xbox was “very very critical” for Xbox’s progress and moving forward. He is also looking forward to start working with the company, as well as he’s “incredibly excited” about Starfield, as well as other announced games and unannounced games.

It was back in September when Bethesda was acquired along with its parent company for $7.5 billion. The acquisition grants Microsoft a number of major RPG franchises with it including Fallout and The Elder Scrolls.

We’re looking forward to seeing what they cook up together, and what the future looks like for the current IPs they acquired.