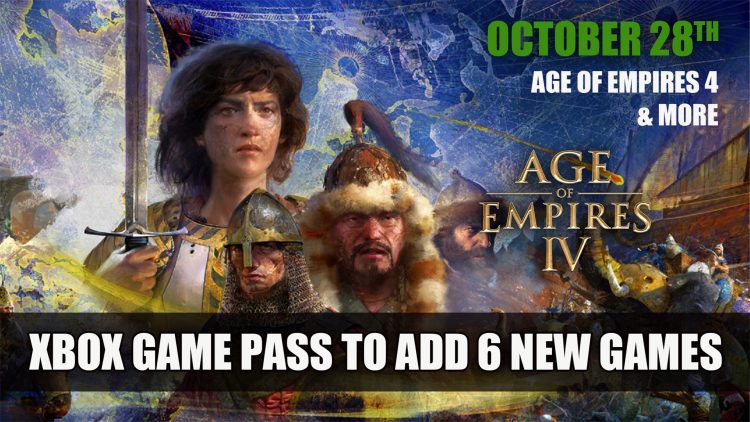 Microsoft has plans to add six new titles on October 28th which includes two, day one titles and some major titles which were released a few months ago.

Age of Empires 4 is a day one Xbox Game Pass title, releasing this October, the latest entry in the series of the real-time strategy franchise.

When urgent news of an enemy threat lands at her door, a Delhi Sultanate commander must outsmart the opposition in a spectacular battle of wits and strategy.

There is also the game that started out as a Skyrim mod, The Forgotten City which got its own full game which launched last a few months ago.

It looks like October 28th will be a busy day for the subscription service, so if you want to check out any of these titles or all of them, it looks like this month will be quite worth it.