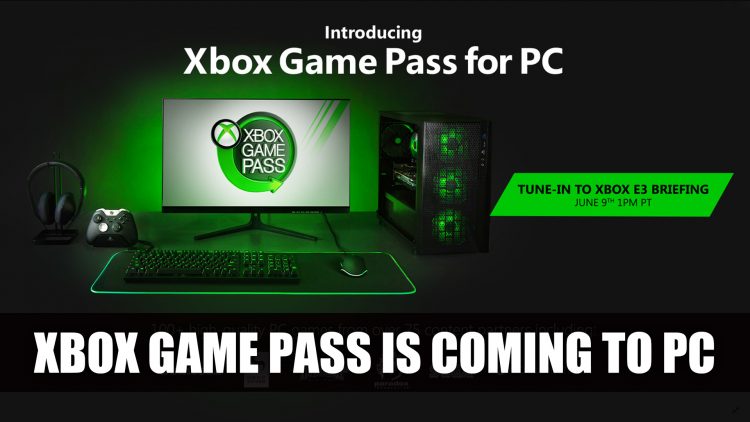 Microsoft have shared their plans for bringing Xbox Game Pass to PC, set to bring over 100 games for monthly subscription.

In a blog post shared by Xbox head Phil Spencer, Xbox Game Pass will be coming to PC however it will be designed in a way that benefits PC gamers in mind rather than just a rehash of the Xbox One subscription:

We also considered the importance of bringing something new and additive to the PC gaming ecosystem, and we believe that we can. So, we designed a service specifically for the needs of PC gamers and PC game developers.

It’s called Xbox Game Pass, just like the original, but it’s a new experience that we are building together with the PC community.

Xbox Game Pass currently offers console players over 100 different titles to choose from with a range of different publishers behind them. Spencer explains that first-party titles will also be coming with Game Pass for PC the same day that are released, which is the same as the current offer console players receive. Currently the subscription service has added recent titles such as The Banner Saga, Metal Gear Survive, Outer Wilds, with games such as The Banner Saga 2 and Full Metal Furies coming in June.

The Xbox Game Pass will still be called Xbox Game Pass for PC and much like its console counterpart will offer 20% on games currently in the library and up to 10% off related game DLC and add-ons.

It was earlier this month that Microsoft unveiled they would be bringing a combined subscription of Xbox Game Pass and Xbox Live Gold in the form of Xbox Game Ultimate which went live for Xbox Insider beta members to test. Maybe we will hear more about this service as well at E3.

Microsoft will be attending E3 with their own press conference on June 9th. Spencer has shared more details will be coming at E3 with titles and hopefully when the service will go live.

For more news be sure to read next Larian Studios Teases Baldur’s Gate 3, Death Stranding Releases November 8th and The Outer Worlds Appears To Be Coming To E3 2019.