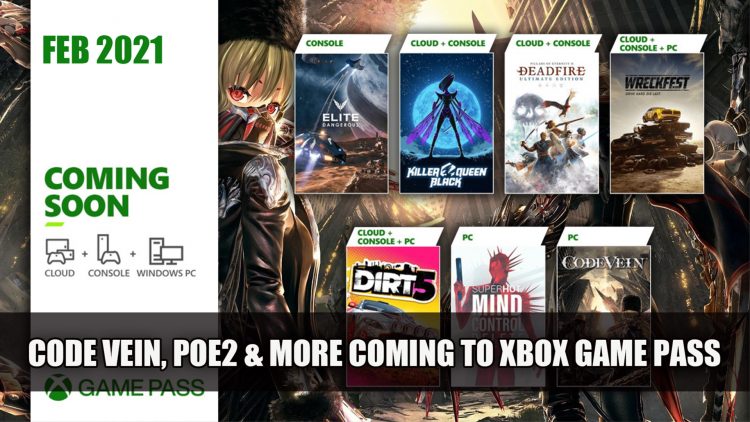 New games are coming to Xbox Game Pass this February 2021, including the CRPG Pillars of Eternity 2, Code Vein and more!

Two great but very different RPGs are making their way to Xbox Game Pass this February. Microsoft have announced Obsidian’s Pillars of Eternity 2: Deadfire – Ultimate Edition on console and cloud will be available, as well as the vampiric Action-RPG Code Vein will be joining this month as well. Both will be hitting Game Pass on February 18th, along with Bugbear’s car smash’em up Wreckfest on console, PC and the cloud.

Prediction: you’ll see these games in an “Available Today” post in the near futurehttps://t.co/n95wjlh1cD pic.twitter.com/YUkSIM9Bza

For more news be sure to read next Steelrising An Action-RPG About French Revolutionary Robots Is Looking For Testers and New World’s Launch Gets Pushed To End Of August 2021.