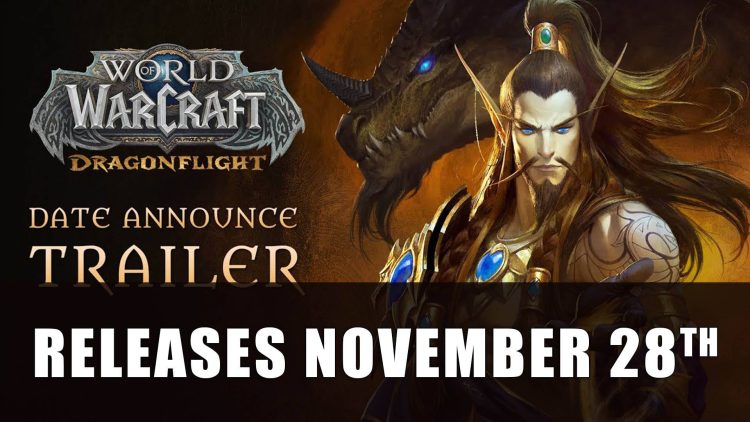 The next expansion for the long-running MMORPG World of Warcraft Dragonflight will be released on November 29th 2022.

As we edge closer to the end of the year, there are still launch announcements before the year is out. Blizzard confirmed today that the Dragonflight expansion for World of Warcraft will be released on November 28th 2022.

A new launch date announcement trailer has been released, previewing the main features of the expansion including a new hybrid playable race/class called the Dracthyr Evokers. The expansion got details back in April, with the promise that the next chapter would release before the end of the year and seem to have kept that promise.

The highlights for World of Warcraft Dragonflight are not only its brand new zone to explore but the introduction of the new class/race the Dracthyr Evokers. This also unlocks dragon riding which is unique to this class. The level cap will also be increased to 70 and the game’s talent system and professions are getting a shake-up. Good news for rep grind as now you will be able to advance all reputations at the same time to gain Renown. There are four different reputations coming with Dragon Isles, hopefully meaning a more alt friendly system for all.

November might seem a bit of an ambitious move for a release date, as Shadowlands the last expansion also released during this time. That expansion was met with a lot of criticism, hopefully this time around they are ready to launch this major content. Players will be venturing the Dragon Isles, which has been guarded for many years under a shrouding system. Blizzard have had plans for region for quite some time, which will focus on the Dracthyr race.

As for what time the expansion will be released in your region, here’s a handy map: 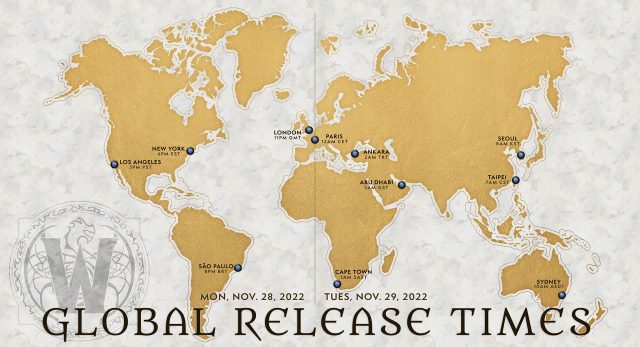 Worlds of Warcraft Dragonflight will be released November 28th for PC. If you’re interested in pre-order bonuses be sure to check out the Dragonflight editions here.

For more news find it here in  Elder Scrolls Online Event Encourages Exploration To Unlock The Firesong DLC And More! and Stadia To End Service In January 2023.