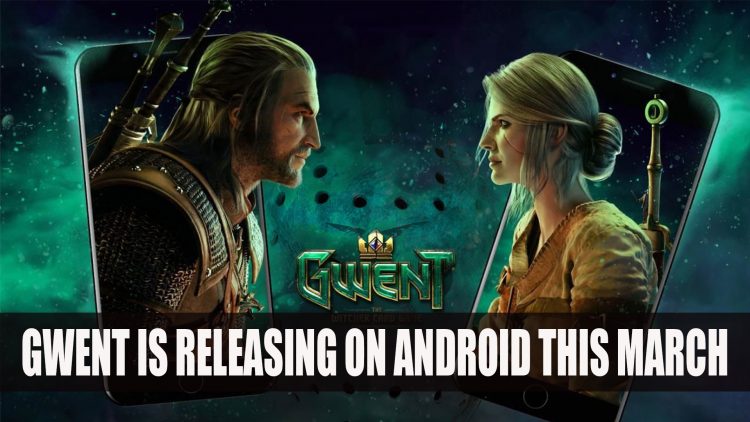 The Witcher themed card game Gwent is finally making it to Android devices this March.

The free-to-play Witcher themed card game Gwent is coming to Android on March 24th. If you’re not familiar with the game, is was once part of The Witcher 3: Wild Hunt, but became a standalone game of it’s own a couple years later. So you can card battle your way, not just while playing The Witcher 3.

Gwent hasn’t been the only card game that has come from the Witcher universe, Thronebreaker, a story-driven spin-off also was released.

Recent news for Gwent has been in the form of CD Projekt Red ending console support for Xbox One and Playstation 4 at the end of last year, as they found they couldn’t continue to “support a growing number of different versions of Gwent while improving feature parity between them”.

Currently Gwent is available on PC and iOS devices, with Android version releasing on March 24th. If you’re eager to get your hands on some Gwent action, you can pre-register via the Google Play store now and you’ll gain a Imperial Golem avatar come launch day.

For more Witcher news find it here in CD Projekt Will Discontinue Support For Witcher Card Game Gwent On Consoles and Netflix Confirms The Witcher: Nightmare Of The Wolf Animated Movie.