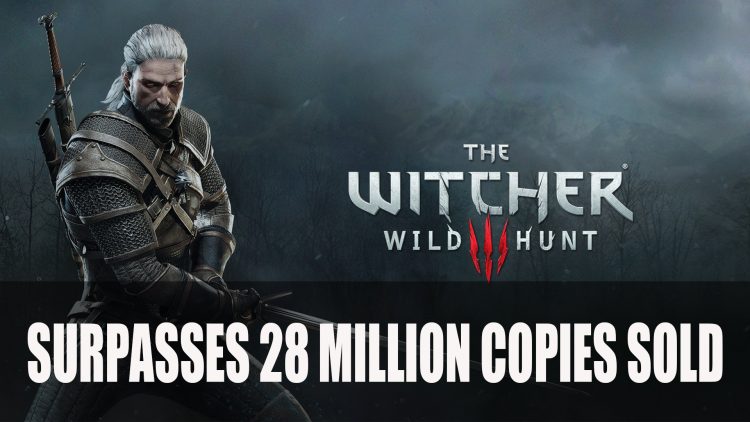 CD Projekt Red released their financial info for 2019, and looks like The Witcher 3 did amazingly well gaining its second largest year for game sales.

The latest figures shows that the Witcher 3 picked up quite a few sales in 2019, partly due to port for the Witcher 3 on the Switch which gained 700,000 copies sold and brought cross-save between Switch and PC. This adds to the staggering number of units sold over the Witcher 3’s lifetime surpassing 28 million copies sold, the exact number being 28.3 million.

The resurgence is also due to the tail end of last year, when the Witcher series released on Netflix, which helped top the number of concurrent players, even when the Witcher 3 launched in 2015. The RPG continues to be one of the best titles in the last decade, also included our Top 10 Best RPGs of the Decade.

Pixel counting from this graph gives rough results per platform:

CD Projekt Red are working on their next major IP Cyberpunk 2077 another highly anticipate title for 2020, which will be arriving this September. Recently they have shared that after this project wraps up, they’ll be getting on with another Witcher title right a way.

The Witcher 3: Wild Hunt is currently available on PC, PS4, Xbox One and Switch. If you’re tossing a coin to your Witcher be sure to drop by our Witcher 3 wiki.

For more CD Projekt Red news be sure to check out Cyberpunk 2077 New Wallpaper Shows The Subways Of The Future and New Witcher Game To Start Development After Cyberpunk 2077.