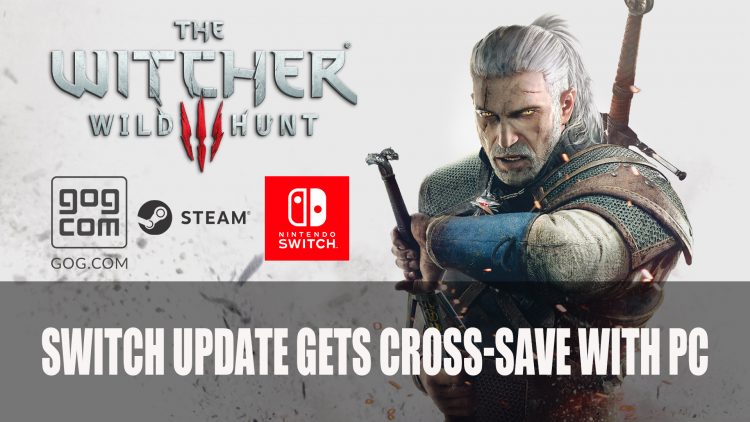 The latest Update 3.6 is now available for The Witcher 3 Switch, which adds a number of features including cross-save with GOG and Steam.

Witcher 3 on Switch Gets PC Cross-save

The Witcher 3 received a new patch, Update 3.6 which adds touch control support, further graphical settings as well as a major feature, cross-saves. Players can now transfer saves between The Witcher 3 on Switch and PC version with Steam as well as GOG. However, players should note any mod-related bugs or blocker may be transferred with your PC game save if you have a modded version of the game. Changing the file name on PC will cause an issue with the Switch’s cloud save feature meaning it won’t be recognisable.

You can find the list of updates and fixes below:

Cross-saves means now you don’t have to split your time between playing on multiple platforms with multiple saves, you can start your adventures one way and continue them on another platform. This gives even more ways to play The Witcher 3. Hopefully this means more games will implement this feature, as it would be awesome not to have to choose between platforms.

The RPG has been doing pretty well recently with a rise in concurrent players, exceeding even it’s launch numbers, due to the success of the Netflix series The Witcher. We have been playing the The Witcher 3 on Twitch recently and it has been a fun Gwenting experience with the community.

If you’re picking up the Witcher 3 no matter what platform, be sure to drop by our The Witcher 3 wiki for all your adventuring needs.

For more Witcher news be sure to read next Netflix Confirms The Witcher: Nightmare Of The Wolf Animated Movie and Witcher Standalone Card Game Gwent Is Releasing On Android This March.