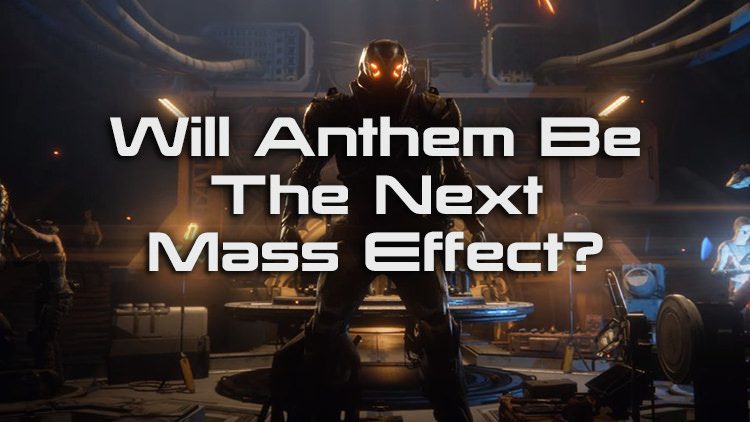 After years of waiting, longing, pleading for a new Sci-Fi master piece, Mass Effect Andromeda proved to be a controversial game, criticized for its lackluster side quests, poor facial animations and lack of support for multiple languages. To kick off E3 2017, BioWare revealed their new project, an open world MMO type Sci-Fi video game called Anthem. With EA now putting BioWare Montreal on Hold, BioWare now needs a AAA game more than ever to prove itself. The question is, will Anthem do the job? 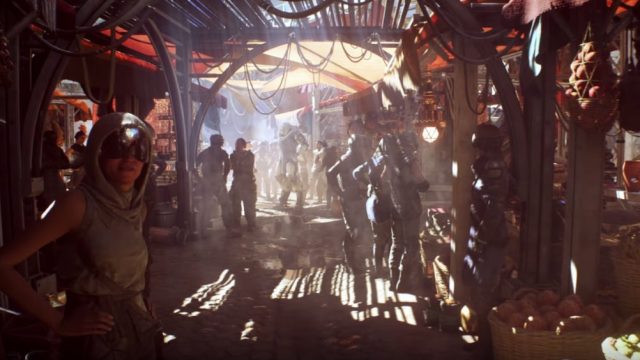 Will Anthem Be The New Mass Effect Series?

The launch trailer shows that the details in Anthem are impressive, if not phenomenal. There are so many objects in one scene and all the lights and shadows looks real. BioWare clearly paid attention to players’ criticisms about Mass Effect Andromeda’s animations. We can now see that NPC characters look more natural and their facial expressions much less bizarre. 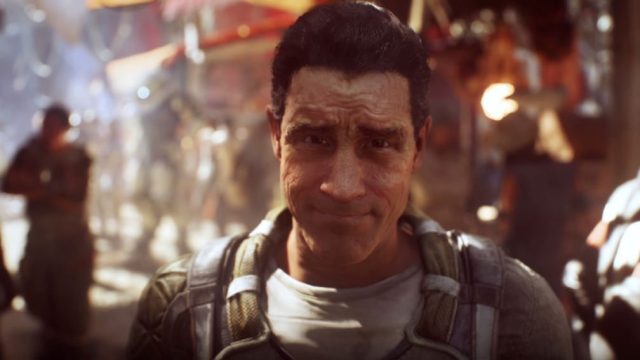 BioWare Highlighted this man’s expression, as if to prove they can do faces right.

Frostbite once again proves to be a capable engine in the Anthem trailer, so it seems ME:A’s shortcomings are from inexperience and lack of time. Given enough resources, there is no reason to think BioWare will let poor animations break the immersion.

Anthem as whole looks beautiful; the art style is a little bit like a mixture of Horizon Zero Dawn and Titanfall. There are EXO suits and high-tech weapons in a seemingly post-apocalyptic world, suggesting there is a lot of background story in this game. Besides beautiful, Anthem also looks vast, your character can hover across the lands, dive into waters, explore dangerous ruins and fight mysterious creatures. 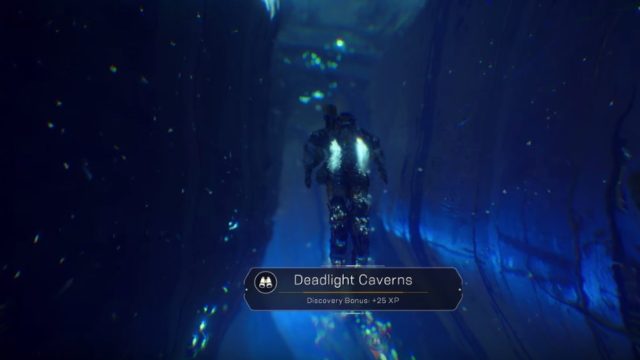 The aerial freedom and combat presented in Anthem’s trailer is amazing. But again, such game mechanics require a huge open world, and we know it is difficult to hand craft each and every detail in a large world, and even more difficult to fill this world with enough story-driven quests to make it feel alive. The trailer gives us no clue whether Anthem has a intriguing main story like the original Mass Effect trilogy, in fact, this game looks like it has more of an emphasis on online gaming than single player. Other players join your squad while exploring and you all face the enemies together. BioWare promises a story based single player mod, but will BioWare deliver a touching story with endearing characters and attract players from games like Destiny? This can be done through BioWare’s traditional narrative methods of the past and also use the detailed environment to deliver a story without words. 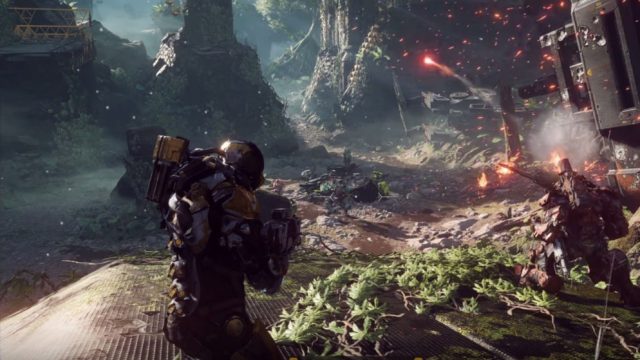 The gameplay style of Anthem is very much like Mass Effect Andromeda. It is a third person shooter with a seamless open world to explore, and MMO-style equipment/materials to collect. There are several different classes and many abilities for players to create their unique character. This gives the game the potential to be a deep roleplaying experience even if it’s not technically an RPG. The special weapons, like homing missiles and mortar look really breathtaking, and players who found HALO or Gears of War interesting will definitely like the combat in Anthem.

Overall, Anthem is a very ambitious game, especially if it looks and plays like what we see in the trailer. It’s hard to imagine it coming out objectively bad, and fans who enjoyed ME:A will likely enjoy Anthem more. If BioWare manages to combine it with compelling story, Anthem may go forward as BioWare’s new flagship Sci-Fi series. Possibly even replacing Mass Effect and recovering some lost faith after the pitfalls of Andromeda. However, as in so much in gaming, before we actually put our hands on it, nothing is certain. But, given what we have seen of Anthem, there is reason to be cautiously optimistic. Fingers crossed.

2 comments on “Anthem – Will It Be the New Mass Effect Series? ”