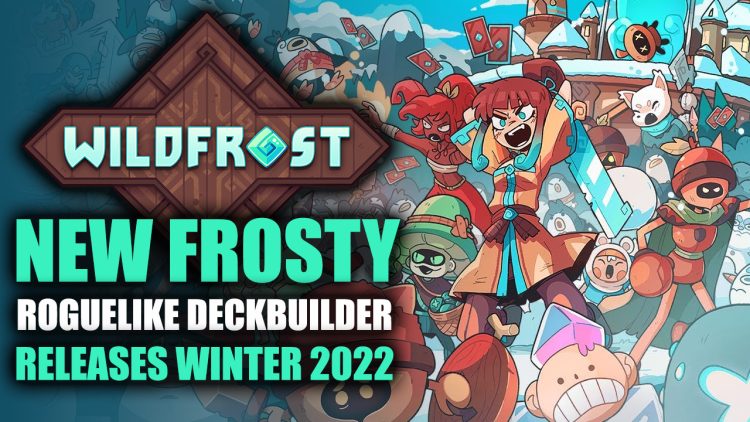 Wildfrost is a new indie roguelike deck builder game that was announced in yesterday’s Indie World Showcase, held by Nintendo. The game is a Roguelike card game with charming graphics.

There has been quite a resurgence in the popularity of card games in these past few years. Slay the Spire was one of the first widely successful indie games to attempt a Roguelike iteration of deck-building card games. Its fame reignited interest in the genre, sparking the birth of many spin-offs and games that clearly took inspiration from it.

Titles such as Castle Morihisa clearly took many pages from Slay’s card book and looks like a Japanese version of its inspiration. We also have the upcoming Floppy Knights this May to look forward to with a more colorful, vibrant tone and feel. And who can forget last year’s sleeper hit, Inscryption which just amazed the video gaming world with its genre-bending elements (and won a BAFTA for game design)? 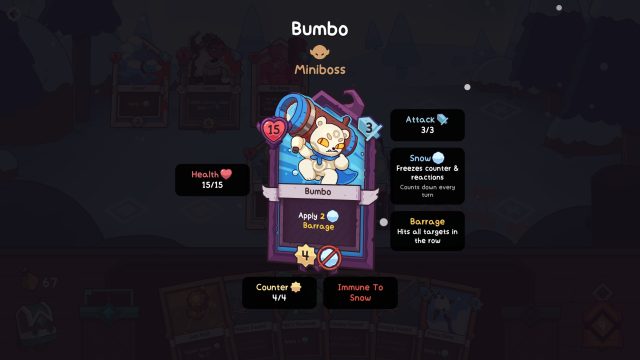 Now we have another, a more chilly contender to look forward to, Wildfrost. Developed by dynamic duo Will Lewis and Gaziter, Wildfrost is a single-player tactical roguelike deck builder. Aptly planned for a winter release date, the game will be playable on the PC and Nintendo Switch making use of the Unity Engine.

What’s So Cool about Wildfrost?

So, what exactly sets this title apart from the rest of the angry cards vying for your attention? The world of Wildfrost has frozen over, encasing the land in perpetual frigid ice. Citizens of the city of Snowdwell band together and hold the town – the last sanctuary in a frozen world. Every day, the town chooses a champion to go out into the freezing tundra and attempt to regain control of the Sun Temple and get rid of the eternal winter. 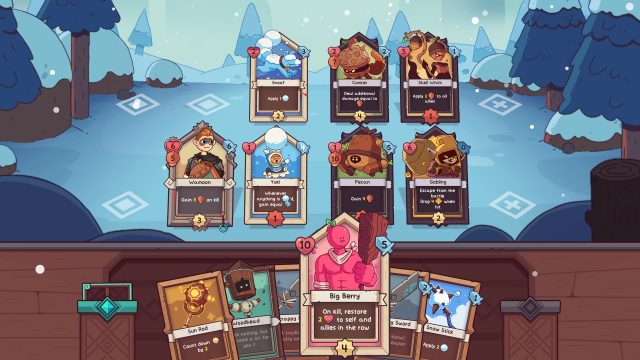 Players choose one of three randomly generated champions to brave the elements. Each of these will have randomized skills and stats to keep each run fresh. The champions also have a specific tribe that they are aligned to, only allowing certain cards and abilities to be brought on a particular run. 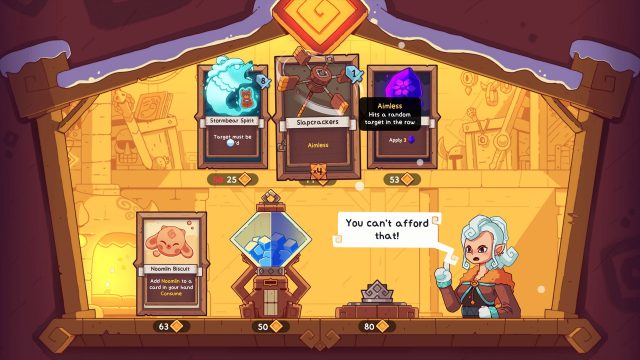 Wildfrost has a procedurally generated flow similar to Slay the Spire or even Darkest Dungeon. This means that your options are perfectly mapped out in front of you so that you can choose your next encounter.

Some paths will let you come across frozen heroes, forgotten by time. Save them and they will join you on your quest as either cards or other special abilities for that run. Treasure can also be obtained in the snow, and traveling merchants would gladly take any relic off your hands in exchange for gold.

Each run will allow players to fully customize their playstyle, starting with the Leader choice in the beginning. As they journey farther and farther through the wilds, they will gain ample opportunities to expand their roster with new companions, elemental items, and charms to further change the way that they fight. 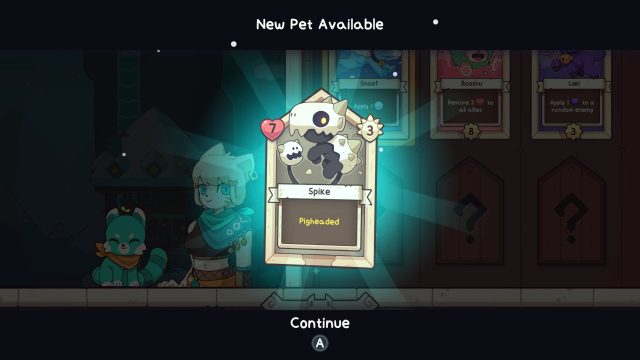 Your favorite companions can also be further enhanced, adding different properties or upgrading existing ones. 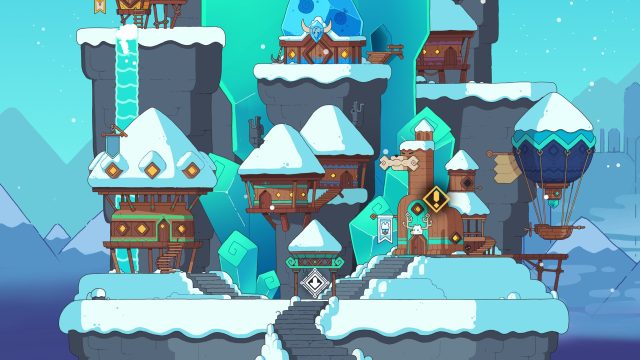 After the frost begins to take its toll on you, players can retreat to the solace of Snowdwell. There, players can choose to upgrade the town with various buildings. Some examples are the Pet Shop and Inventor’s Hut. These structures will allow further customization and unlocks, providing players with new cards, tribes, cosmetics, and more.

The Fight Against the Wildfrost

Battles in Wildfrost aren’t your standard turn-based affair, however. While the game indeed has turns, cards do not immediately get to attack that they are summoned onto the board. Instead, Wildfrost makes use of what they call a “dynamic counter system”. 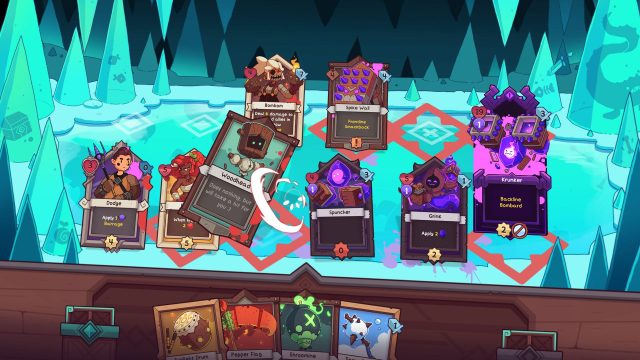 The Dynamic Counter System allows players to strategically make decisions based on what actions will be happening in the upcoming turns. Each card has a “counter” that counts down every turn before its associated action takes place.

Players can then anticipate if a heavy attack is about to come their way. Do you buff up your minion that’s about to take the brunt of the damage? Or will you sacrifice them outright to deal damage elsewhere instead? What if you stall or otherwise debuff the attacking enemy? The sky’s the limit when it comes to choices and strategies available. 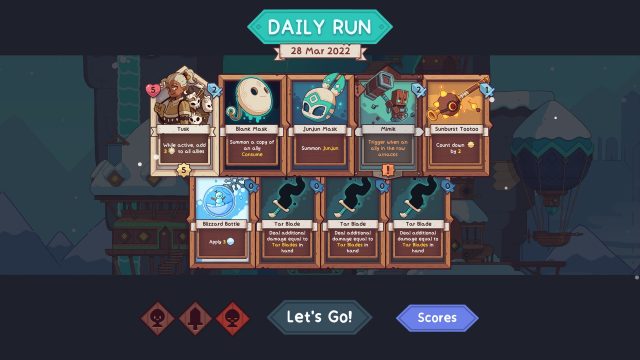 The game will also always have something new for players to discover even after they’ve vanquished the eternal frost. There will be a rotating set of daily challenges that will test players’ limits.

Wildfrost has been in development since March of 2020. It initially started out as a paper card game that got many iterations before a fully playable prototype was done in September 2020.

The game is currently being developed for the Nintendo Switch and PC, and will fully thaw for release in the Winter of this year. No price point has been announced just yet.