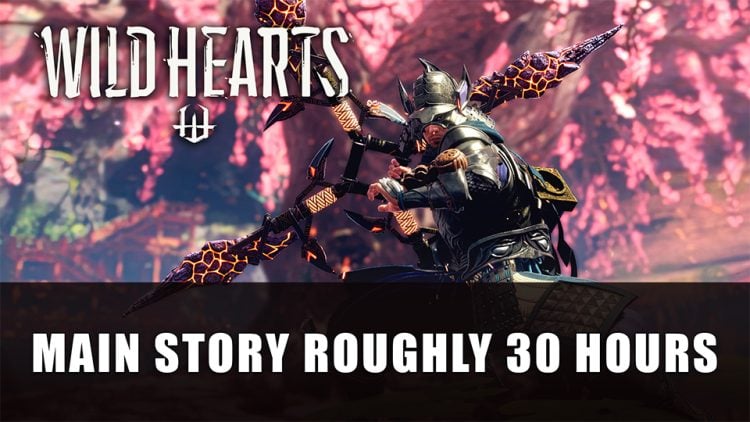 You may be wondering how many hours of narrative the upcoming Monster Hunter rival Wild Hearts is expected to have. In a recent preview event with EA Originals executive producer Lewis Harvey, they shared that the game’s main story will be around 30 hours in length. This might seem a little short compared to that of Monster Hunter World which has around 48+ hours of story content, base game alone.

Of course, story isn’t the only content players look forward to in a hunting game. There are many hours to put into the combat as well as crafting. It looks to be where players will be spending the majority of their time. Wild Hearts co-op with friends means teaming up with two other players in a group of three to take on the savage creatures that plague the lands of Azuma. The action title is set to have not only dynamic combat but the use of craftable tech that will change the way players hunt. Craftable mechanics can be leveled up, which means another aspect to completing missions and hunting quests. So while the story might be on the shorter side, there still a bunch of activities to keep hunters busy. 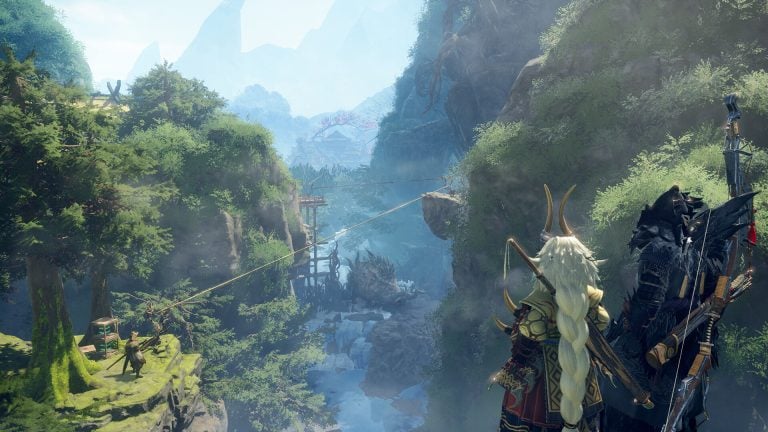 Ziplines, springboards and catapults are just some of the way players will be crafting in Wild Hearts.

Recently the game got a generous seven-minute gameplay video which went over some of the gameplay featuring the Kingtusk, a massive boar infused with natural elements. Players were shown reaching the ferocious beast, using ziplines and springboards to get to those hard-to-reach areas. It seems the game is going in a more co-op Fornite building direction. However, focusing on gizmo crafting and hunting Kemono-type creatures rather than each other.

It won’t be too long until we all get to play this fantasy feudal Japan-inspired title as Wild Hearts will be bounding onto the scene on February 17th 2023 coming to PC, Playstation 5 and Xbox Series X|S.