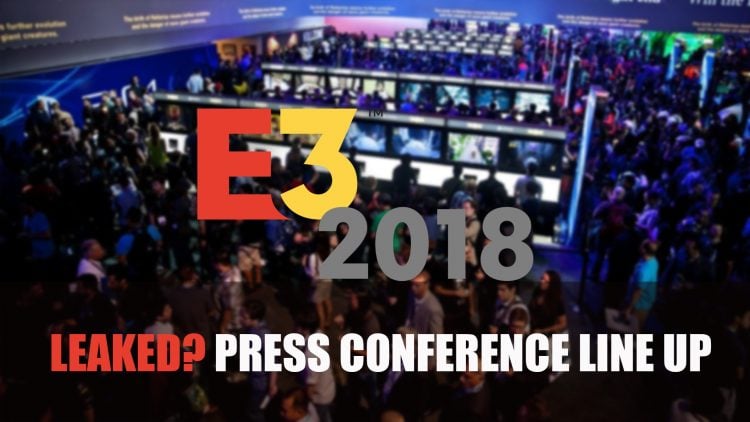 The rumor mill must be working overtime as we get another “leak” running up to E3 2018 with the upcoming game set list. Although the source being Imgur means the rumor is highly unlikely, but what if this list was real?

What if this crazy allegedly leaked E3 lineup is true?

By the powers of Imgur, a few images took the internet community by storm as a potential leak of the E3 2018 schedule was shared. It’s usual during E3 to have rumors floating around the forums as we had one about Shadows Die Twice just last week, but one this precise does seem a little odd. The list does look a little too good to be true with Diablo IV and the announcement of the next FromSoftware project being Bloodborne 2 (which would contradict the Shadows Die Twice rumour). But what’s interesting about this list is that actual names of the projects are mentioned.

Check out the list below and let us know in the comments what you think about this supposed leaked press conference memo. Which titles are you hoping are more than just a rumor? 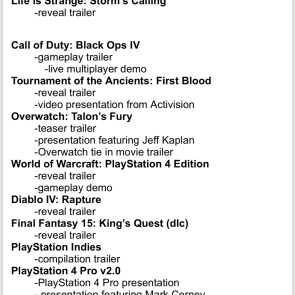 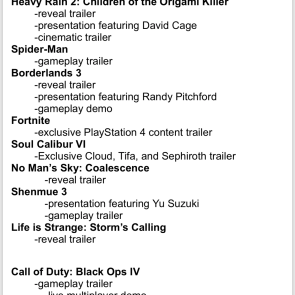 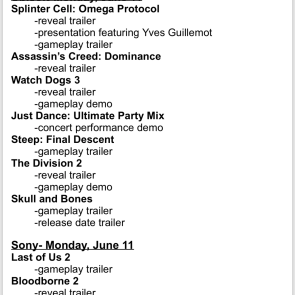 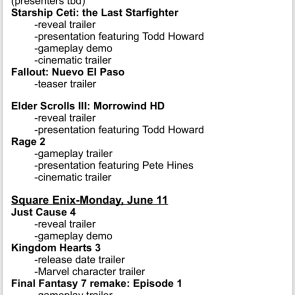 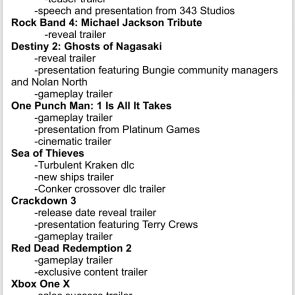 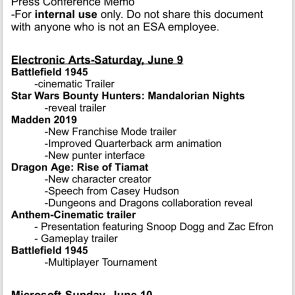 If you enjoyed reading this article be sure to check out more E3 2018 news and rumours in Rumor: Shadows Die Twice To Feature Prominently At E3 2018 and Devolver Digital E3 2018 Big Fancy Press Conference Set For June 10th.

5 comments on “What if this crazy allegedly leaked E3 lineup is true?”