In this Wasteland 3 Builds Guide I’m going to be showing you my Submachine Scientist Build which uses exclusively Submachine Guns to waste its enemies in a flurry of elemental bullets. Wasteland 3 can be extremely overwhelming for new players, and can cause confusion for veterans alike. In this Build Guide I’ll explain just how to make this Build, including what Weapons to use, what Skills to take and which Perks to pick up. If you’ve been looking for a Submachine Gun Build then check this one out! More Guides on our Wasteland 3 Guides section, including the Sneaky Sniper Build.

On top of that, you’ll gain even further damage by investing in Weird Science, which gives you a 3% damage increase per point with these damage types. And on top of that Microwave Research boosts your damage even more! You simply do a ton of damage with this Build!

During Character Creation I like to select the Sex Machine Background for a small boost to Combat Speed. This is necessary to prevent spending points into Speed, because you need points elsewhere. However, you could easily select Goat Killer instead, as you can never have enough Critical Hit Chance. The choice is up to you, but you can gain Critical Hit Chance from Intelligence, as well as Critical Damage, so I think Sex Machine is a better overall choice.

The Submachine Scientist is an Attribute hungry Build, and I think it’s one of the reasons so few people play with Submachine Guns. They have poor range, which means you need to move up close to get good accuracy, and that means you need good Combat Speed or you won’t have any Action Points left when you get in range. Submachine Guns also have terrible Hit Chance, so you’ll need Awareness to increase this, so you don’t miss with half your shots. Intelligence also helps with overall damage, and Strength would be great to help keep you alive because they are on the front lines. So what do you then do?

Generally I like to begin by maxing out Coordination to get the most possible Action Points, since you need to move and shoot and move and shoot. And then I increase Awareness to boost damage and give me a bit higher Hit Chance. You can drop a point or two into Strength for more Health if you want, but you likely won’t have the points for more than that. All remaining points should go into maxing out Awareness, and anything else should go into Intelligence for Crit Chance and Crit Damage. You neglect Speed here because of the Background and Quirk that you selected to help with your Combat Speed.

I like to take the Circus Freak Quirk for this Build because between your Background and this Quirk you will gain +0.6 Combat Speed, which is effectively 6 Attribute Points into Speed. This removes the necessity to spend points on Speed, and frees up Attribute Points to be spend elsewhere. If you don’t select these two, you’ll have to spend at least some points into Speed, and this will reduce your damage. 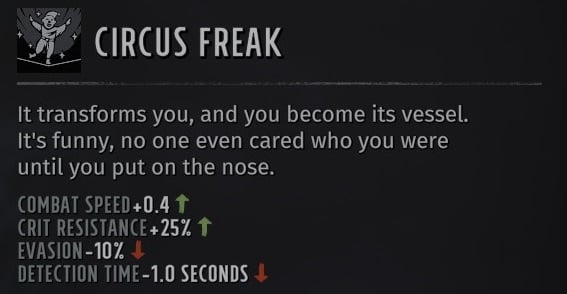 The only weapon type you’ll be using for this Build is Submachine Guns, but you need to find 1 that does Energy Damage (purple numbers), and 1 that does Fire Damage (dark orange numbers). These are not always easy to find, and you may actually have to mod existing Submachine Guns to deal these types of damage, but eventually you’ll want ones that deal these by default because their Penetration is 10x higher. Penetration is the achilles heel of this Build, so using these Weapons can get you around this problem. 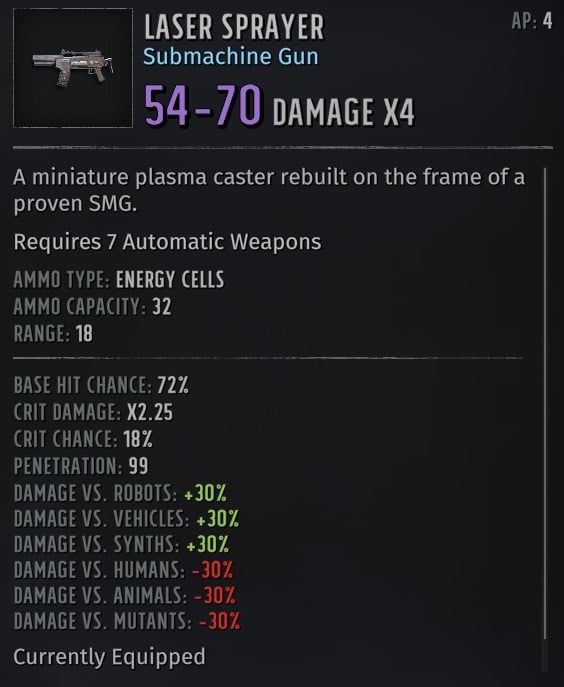 For Armor you’ll want the Spectrum Assault Armor Set as this gives you +12% Critical Chance, +10% Initiative, +0.5 Detection Time, and +0.3 Combat Speed. You’ll also want the Anabolic Injector to gain an additional Action Point when you can get it. If you don’t have these yet, look for things that boost Combat Speed, Critical Chance or Hit Chance.

In this section we’ll take a look at which Perks to take for the Submachine Scientist Build, and what order you should take them in. Which Perks you can take are regulated by how many Points you have in each Skill, so this should also give you a road map of where to place Skill Points so that you can obtain these in the proper order.

opher Hunter – This Perk makes cover much less useful to enemies you are targeting, which will increase your Hit Chance and damage. Accuracy is a huge issue with this Build early on, and this Perk can help you dispatch enemies that are dug in.

ealthy – This Perk increases your Health by 35, which is going to be a lot for this character since you don’t spend many points on Strength. You’re going to be a front lines character, so you need to be able to take a few hits.

pray ‘N’ Pray – This Perks reduces your Hit Chance by 25%, but fires double the rounds for 5 AP, which is one more than SMGs use for their normal attacks. This is actually not a bad trade off, because each bullet has its own hit chance. So it’s not a 0 or max damage proposition, but usually results in more damage overall than a standard attack.

eckless – This Perk increases your damage with SMGs while not in cover. You usually move up on your target anyway, so this is a nice boost to damage. You can always go into cover after shooting, if necessary, but ideally this will help kill your target. Note that you gain +10% Hit Chance while in cover, so you might want to use cover anyway until your Hit Chance is higher.

vercharge – This Perk allows you to spend 1 AP to boost the damage of your next shot by 30% when using any weapon that does Energy, Cold or Fire Damage. Use this when you need a bit more damage to finish something off, instead of firing twice, and use your extra AP to Defend if you don’t have enough to fire again.

tormer – This Perk allows you to fire one shot for free if you moved more than 5 spaces. Since this is likely to happen anyway, because you will have short range, this essentially gives you one more free attack every round you move 6 spaces. What more can you ask for? Note that you have to move 6 spaces in one movement, and you cannot move 5 and then 1 and get this benefit.

rigger Happy – This Perk will give you an extra 3 AP for killing an enemy once per turn. This is an exceptional Perk because it will allow you to unload all your AP into your target to kill it, and then you’ll still have some to get into cover so you don’t die on the enemy turn.

icrowave Research – This Perk increases your Energy Damage for each point of Armor an enemy has, helping you to bypass Armor nearly entirely. This will only apply to your SMG that uses Energy Damage though, and not the one that does Fire Damage, but it’s still fantastic to have.

onductive Beams – This Perk allows you to electrocute enemies 10% of the time when dealing Energy Damage. Since you’ll be hitting with several rounds at once, this should trigger very very often, and causes damage over time to the target and nearby enemies.

Make sure to modify your Weapons and Armor to increase their performance. You can get scopes that increase your Range, which helps tremendously as it means you don’t need to move as much, and will help improve your Hit Chance on further away targets. And you can get underbarrels that can change your damage type until you can find SMGs that have them natively.

Plasma Grenades are very good on this character because of the boost to Energy Damage. Use them to take out enemies that are weak to this type of damage that are grouped up, or at least soften them up so that you can finish them off with an SMG burst! 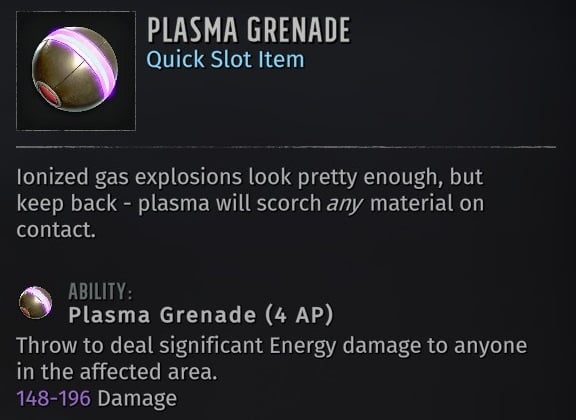 Be sure to use the appropriate type of damage for the type of enemy you are facing. You’ll get a huge nerf to damage if you’re fighting Humans with Energy Damage, for example. So pay attention to which type the enemy is weak to, and use that.

Until you gain SMGs that have very high Penetration try to avoid firing at highly Armored targets, or you will deal drastically reduced damage. SMGs have very low damage per shot normally, especially early on, and this makes them particularly weak against Armor. Aim to fire into low Armor targets when possible.