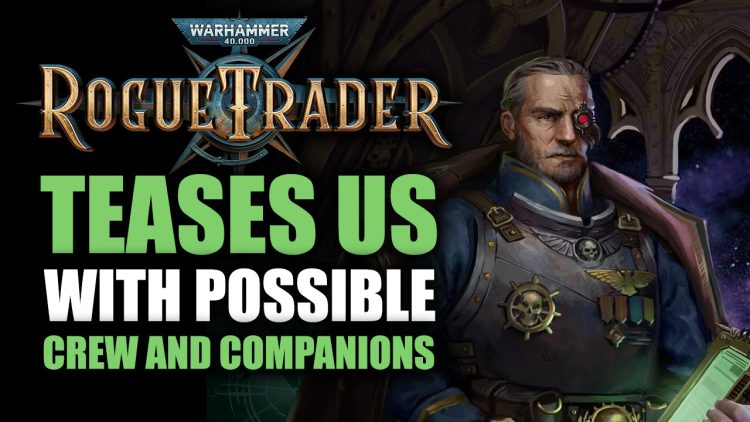 Warhammer 40,000: Rogue Trader has been teasing us with various companions and crew members over the past few weeks.

In the grim darkness of the 41st millennium, there is only war. Good thing that Rogue Traders are never alone. Ever charismatic and vigilant in their service to the immortal god-emperor, Rogue Traders attract people and Xenos from all across the universe. 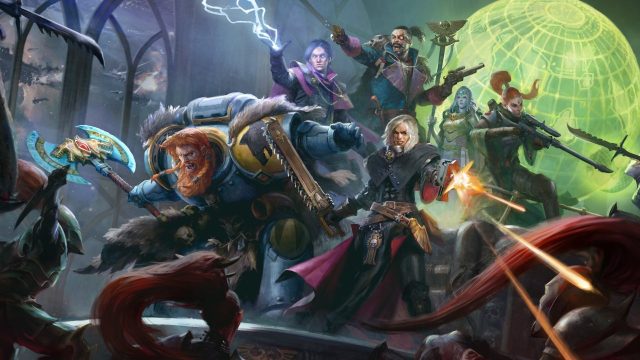 Owlcat Games has been developing Warhammer: 40,000: Rogue Trader for quite some time now. This next title, after their highly successful Pathfinder games, is said to be the first-ever CRPG set in the Warhammer universe. Over the past few weeks, the company has been drip-feeding us with some lore tidbits as well as possible members of our upcoming crew.

Pasqual Haneumann of the Adeptus Mechanicus

The Adeptus Mechanicus, or simply the Techpriests of Mars are considered the backbone of the Imperium of Man. These priests are bound in eternal servitude to the Omnissiah, the Machine God. Everything with even a hint of technology has the Machine God’s spirit within – from simple tools and weapons to the complex constructs of warfare. 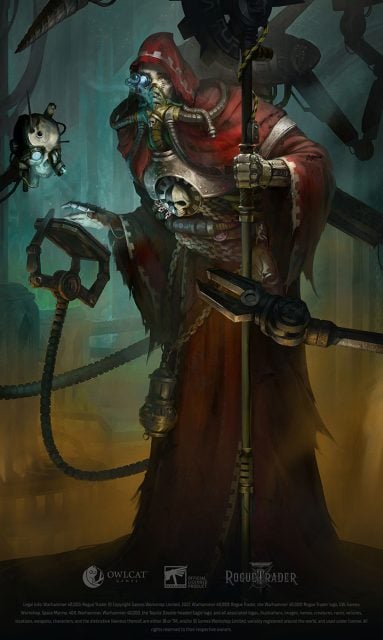 It is because of this worship of technology that the Techpriests have begun replacing various parts of their bodies with mechanical improvements. The flesh is prone to corruption, and the Omnissiah is forever pure.

Pasqual Haneumann is one of these Techpriests who has scoured the galaxies in search of ancient, forgotten knowledge. Disturbed by dissent within the ranks of the Adeptus Mechanicus and a cryptic message from a former mentor, Pasqual joins the Rogue Trader in the hopes to reunite with his mentor.

The Warp in Warhammer 40,000: Rogue Trader is a very dangerous existence. Its power is both primal and has the extremely real potential to corrupt even the most steadfast of minds. As we can see in Warhammer Chaos Gate, it can create much terror and leave destruction in its wake.

However, it can be controlled. Strong enough individuals have been able to tap into the warp and gain unbelievable powers. These people are called Psykers and are able to resist the Warp’s tempting whispers. Of course, this won’t be a one-time thing. Psykers are at constant risk of being the target of the various Chaos Gods that stalk the warp. 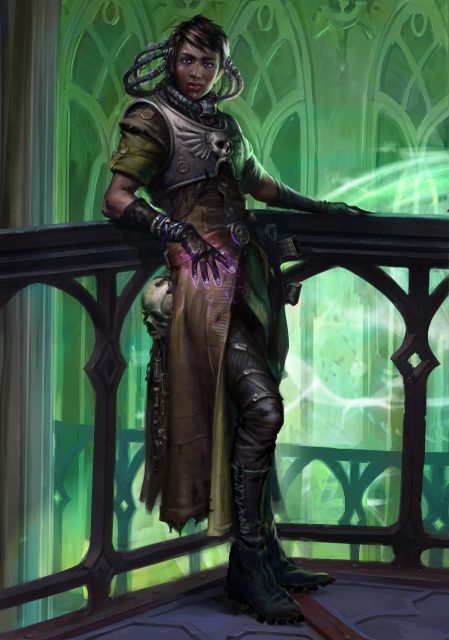 The Imperium of Man employs and controls many Psykers in its grand armada. The strongest of them ascend the ranks, even being called Librarians in some cases. However, Psykers that have not undergone such strict training may be vulnerable to the whispers of chaos.

Idira Tlass is one such individual that the Rogue Trader can meet on their travels through the Koronus Expanse. Considered a heretic by the most religious of Imperium followers, Idira was born and raised away from the Light of the Emperor and controlled the powers of the warp on her own.

She is extremely formidable in the use of the power of the warp. However, the Psyker is tortured almost every day, second-guessing whether her thoughts are really her own. Perhaps they are, or the tendrils of chaos have started taking root. Only time will tell.

Warhammer 40,000: Rogue Traders are beacons of hope, discovery, and exploration. They are brave enough to explore the fringes of the human expanse, delving deep into forgotten or discovered territories. They are fearless and are required to make decisions that will affect the entire Imperium. For the less exciting decisions, such as management of the fleet, they need a reliable second in command. 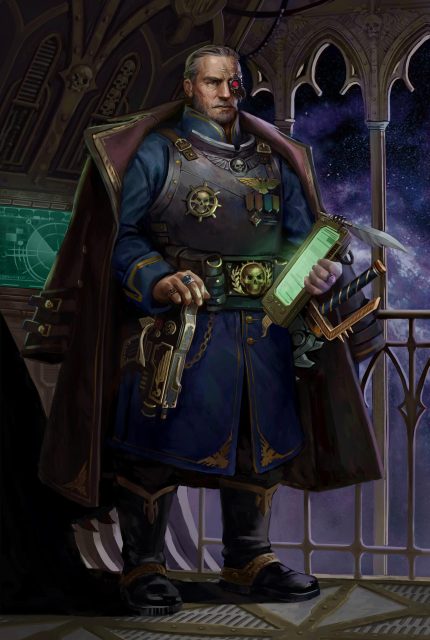 Abelard Werserian is one such man. Ever loyal to the Von Valancius family, Abelard has been the Senechal to our ancestor, Theodora von Valancius. This means that he is ever vigilant to anything that may disrupt the Rogue Trader’s empire.

Though right now Abelard is in his twilight years. The ageing old man is still extremely loyal, but that can only carry him so far in the grim darkness of the 41st millennium. He will be up for many challenges that may or may not leave him with more scars.

For more from Owlcat Games, be sure to check the Patherfinder Wrath of the Righteous Wiki and the Pathfinder Kingmaker Wiki. If their prior works are any indication that the team can create greatness from a tabletop experience, then Warhammer: 40,000 Rogue Trader is definitely in good hands.