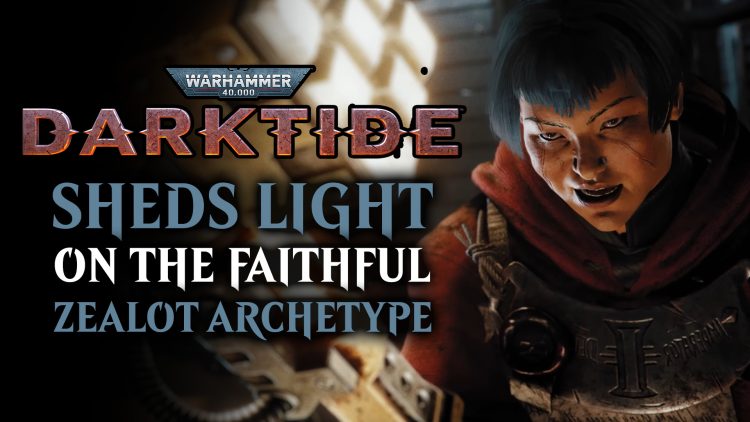 Warhammer 40,000: Darktide discusses the Zealot Archetype and the Preacher Class as one of the options for the upcoming action game.

Warhammer 40,000: Darktide Sheds Light on the Zealot Archetype as It Prepares for Closed Beta

Developer Fatshark has been a tad quiet in these past few weeks. This is highly likely due to the fact that the Closed Beta kicks off this October 14th. Fans of their extremely satisfying combat systems will be able to fully immerse themselves into the Warhammer 40,000 universe. This time, they will play as lowly “Rejects” instead of the awe-inspiring ranks of the Space Marines.

To help start the hype, Fatshark has unveiled some information on the Zealot Archetype and one of its subclasses.

Fanatical Zealots in the Warhammer 40,000 universe live and breathe to serve the immortal God-Emperor of Mankind. They are the most stalwart of followers of the Emperor and dedicate their entire existence to this diving being. Zealots’ wills are unyielding, much like the deity that they worship. 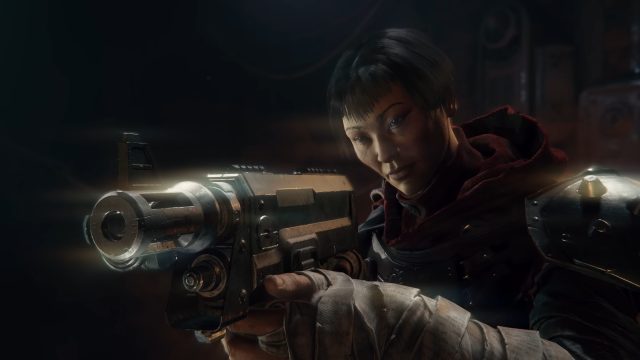 However, the Imperium of Man did not always have warriors this devout. One of the main tenets of the Emperor of Mankind was that he was indeed not a divine being to be reckoned with. In fact, he considered himself a mere mortal with heightened abilities. His teachings prior to the Horus Heresy were that humanity rejects irrational worship and embraces science and technology. 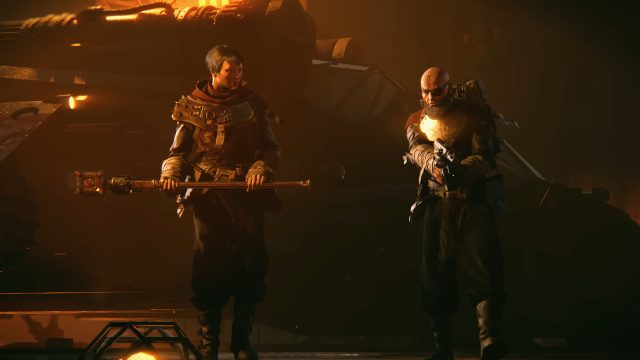 The Holy Zealots of Terra

It is somewhat ironic then, that these innumerable crusaders fight without rationality. They even thrive on it, as the Zealots care not for human laws. It is only the Emperor’s word that they follow, even though these fanatics have never even truly heard his voice or his true message.

Beware the Alien, the Mutant, the Heretic

Zealots are best when charging into the thick of things. Their natural fervor makes them adept at using all sorts of melee weapons, more notably Power Mauls, Chain Axes (and Swords!), and the mighty Thunder Hammer. 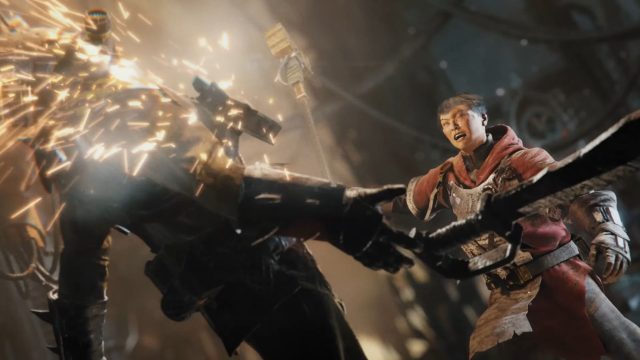 The Emperor’s Will Made Manifest

While they make for good companions, Zealots tend not to trust those who do not share the same ideals. They despise heresy and mutants, often condemning them fully without a second thought. It is concerning then as the Psykers are a class that thrives on tapping into the Warp, the source of Chaos and all heresy. Psykers walk a thin line between servitude to the Imperium of Mankind and utter destruction.

A close eye is put on these practitioners of magic, as corruption can grow and fester if left to thrive.

To specialize, even more, players can actually choose a specific class for each Archetype. As of writing, it isn’t clear how many classes each type will receive. So far, Fatshark that the Zealot will have access to the Preacher Class. 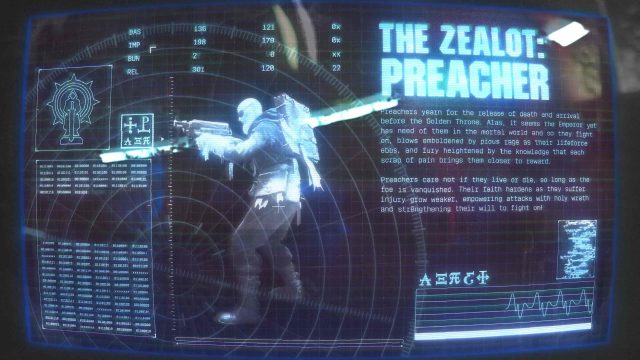 Warhammer 40,000: Darktide Preachers’ reckless abaddon manifests itself as this class grows stronger as they take more damage. Much like flagellants in Darkest Dungeon, the more wounds a Preacher suffers, the faster and stronger they become.

Players who take up the mantle of a Preacher tend to be even more up-close and personal with their prey. They have higher melee damage, which only gets stronger the more health they have missing. Increased melee attack speed is another perk that’s paired with this, creating a deadly combination. 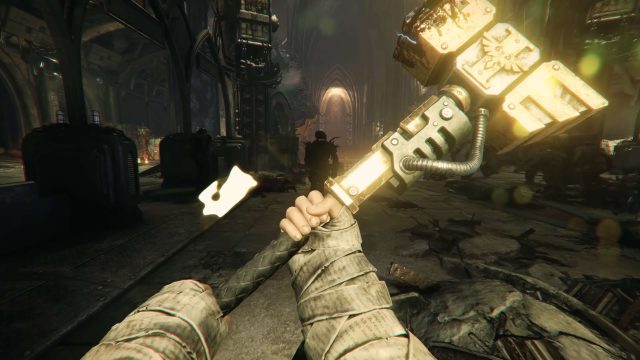 A Holy Charge with a Thunder Hammer

To support this playstyle, Preachers even take less Toughness damage, allowing them to take more ranged hits before they get stunlocked. With their Class Ability, they are able to charge forward into battle, locking an enemy into furious melee combat. Finally, they are so wreckless and devout that they can shake off the coils of death, resisting lethal damage and fighting even harder in a glorious last stand.

Fans of the Warhammer 40,000 mythos definitely have a ton to look forward to in the upcoming months. We had an excellent X-COM-styled tactical game in the form of Warhammer 40,000: Chaos Gate Daemonhunters. Magic the Gathering fans will be getting some cards in the Universes Beyond collaboration sometime this year. 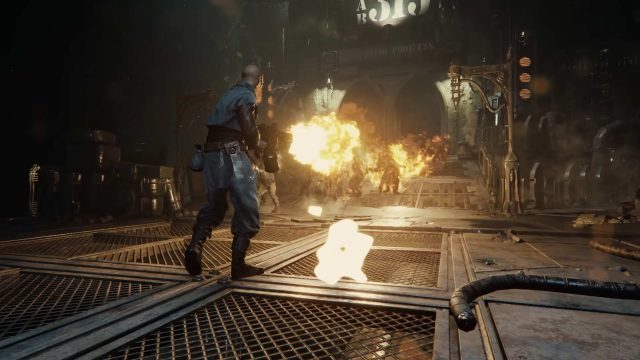 Purge them with Righteous Fury

Owlcat Games is even joining in on the fun, with Rogue Trader. This is the first CRPG in the Warhammer 40,000 universe and has tons of backgrounds, companions, and info being drip-fed to us occasionally. 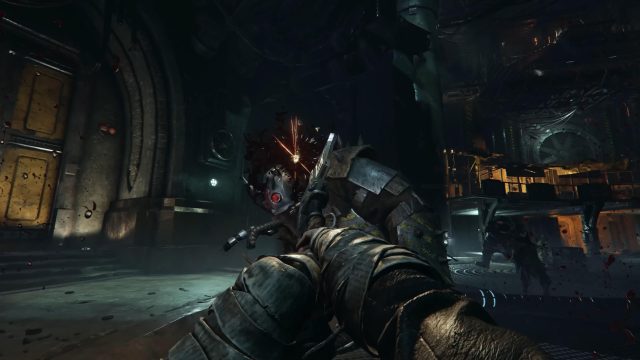 Saber Interactive, the devs involved in the sleeper hit Circus Electrique, also have the action-adventure game Space Marine 2 coming over the horizon.

For more news, check out World of Warcraft Dragonflight Expansion Announced for November 28th and Stadia To End Service in January 2023.