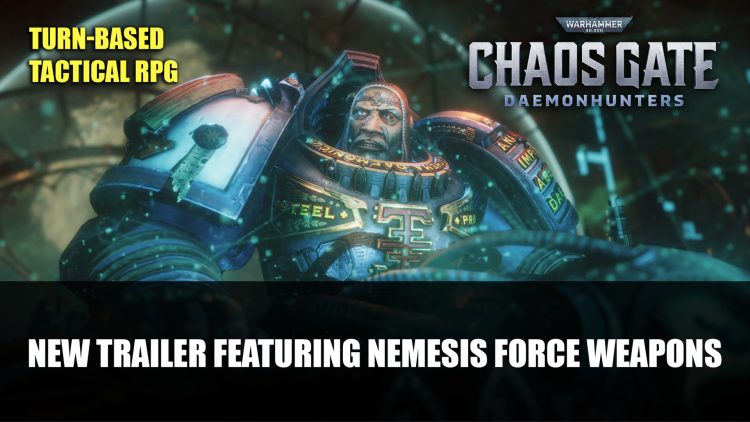 A new trailer for the upcoming Warhammer 40,000: Chaos Gate – Daemonhunters takes a look at showcasing Nemesis Force Weapons. Two weapons are shown in the latest trailer, the Nemesis Force Halberd and the Nemesis Daemon Hammer. 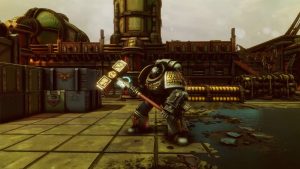 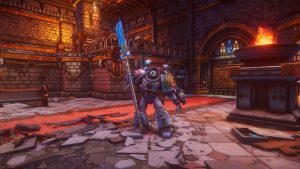 First to be introduced is the Nemesis Force Halberd, giving an advantage to the Grey Knight as they can strike first before the enemy can attack. The Nemesis Daemon Hammer on the other hand inflicts further damage when psychically charged.

In case you missed it Warhammer 40,000: Chaos Gate – Daemonhunters is a turn-based tactical RPG following the Grey Knights on their mission to put an end to the Bloom. The Bloom is described as an intergalactic plague of cosmic origin being wielded by Chaos who are on a mission to corrupt worlds with this rotting endemic. Players will get to command their very own base featuring facilities, conduct research into mysteries of arcane nature, and take part in combat missions spanning across worlds.

Putting together a squad of Grey Knights choose their skills, abilities, unlock powerful equipment and as well their classes. Each champion can be built with unique standard and advanced classes, as well as are fully customised with voice, armor, and facial options.

From the looks of it Daemonhunters sets to be a Warhammer meets XCOM by design, but where Daemonhunters deviates is that you’re dealing with the Grey Knights, this means no RNG since these guys are the elite in their field. So far when RNG does play a part is with critical hits.

Features such as cover protection, overwatch, suppression and flanking provide a strategic approach. But there are also a number of precision options available when it comes to melee, meaning being front and centre gives you an incentive. 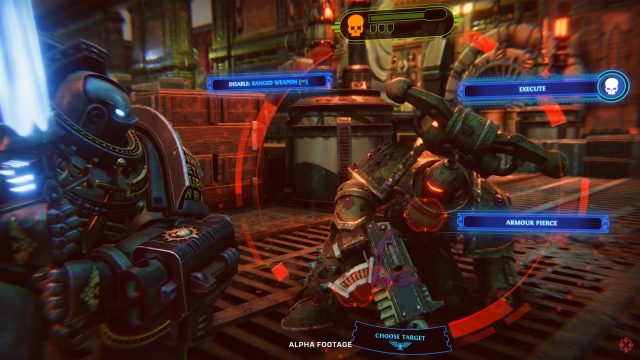 Players can use precision attacks to take out enemy weak points to get rid of enemy abilities. Don’t forget to stun them to commit BRUTAL executions.

Warhammer 40,000: Chaos Gate – Daemonhunters will release on May 5th for PC.

For more news find it here in Coromon’s Latest Trailer Focuses On Difficulty Settings Including Nuzlocke; Cross-Save, Multiplayer And More and Wartales Invites Players To Venture Into Harag’s Marshlands In New Update Plus Increased Level Cap.