Recently I had the fortunate experience of checking out a demo of Waking by Jason Oda, a game that is unlike any other I have experienced. It’s hard to pinpoint just exactly what sort of game it is, or why it captivated me, but it’s probably akin to an RPG lite. It’s strange though, because you are not role playing as a character you created, but you instead play as you. The game is tailored to your life and your memories of it, and is a journey rather than a game.

Waking Preview: How Well Do You Know Yourself?

Waking invites you to embark on an epic, emotional adventure in your subconscious. Locked in the darkness of a coma, you must battle within a dream against your personal demons in an effort to wake. To prevail against the forces of darkness, you enter into guided meditations, where you collect your most treasured memories and meet the people you love. These means that no one will share the same experience that you do, making it a rather unique game. 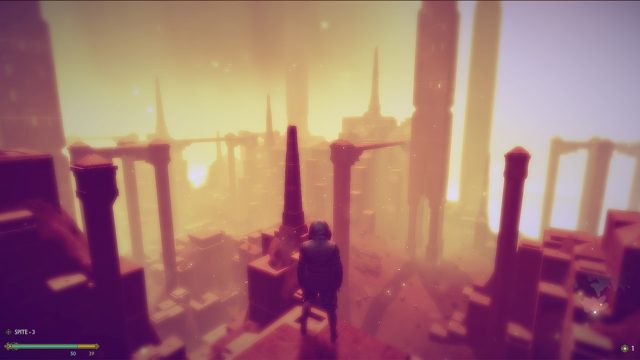 While the goal of the game will be the same for all players, the “how” and “why” you choose to get there will be your own. Without going into too many spoilers, you will revisit things from your own life, and experience them in a way you never have before.

In Waking you will control a faceless, voiceless character that is yourself. You will run, jump and battle enemies in the attempt to recover what has been lost: your memories. Through the strength they provide, you will become more powerful, gaining new Abilities, which are strangely based on you. For example, if you choose Enlightenment as one of your Desires, then you will wield it as an Ability and use it to damage enemies. 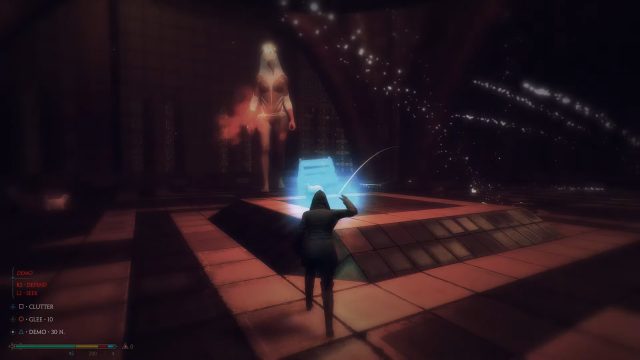 The combat and movement are very similar to any Action game out there, which felt good, even if attacking is rather simplistic and repetitive. In order to do battle, players will pick up objects, charge them up and fling them at enemies. Once stunned they will run in and melee them, rinse and repeat. It doesn’t get much more complex than that, and it’s really the game’s weakest point, with later fights just sending more enemies and objects at you at once while you attempt do this. 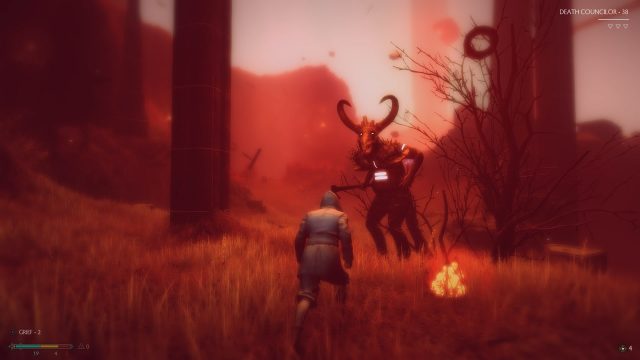 However, between combat you will be solving puzzles and unlocking the mysteries of your own memories. This part is exceptionally fun, and is really the glue that pulls the whole project together. Everyone loves being asked questions about themselves, and this game not only does that, but them takes that information and incorporates it into your story. Frankly, I’ve never seen anything like it before in a game, and it makes me wonder why it hasn’t been done before…

From the music to the art style, Waking creates a soothing atmosphere in which to explore your life and what’s really important to you. Since the game takes placed within your “mind”, some of the areas are very dark and menacing, while others are light and airy. However, you never feel frightened or scared, but rather curious to see what’s through the next door, and what other demons you must face. And, since they are your own, it only becomes more intriguing. 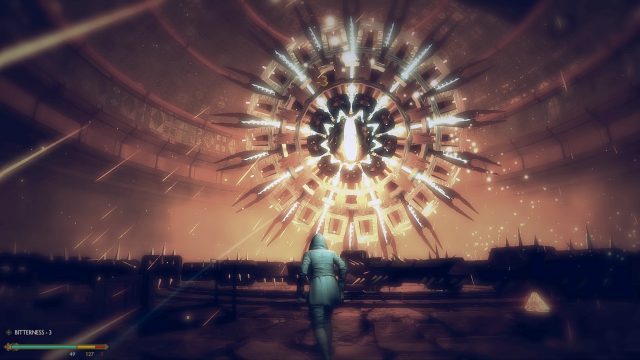 The graphics are not particularly great as it’s an Indie project, but the music and voice acting are about as good as could be expected for the game. In fact, they are so good I don’t think Waking would even work if they were not, and they are an integral part of what makes this title so compelling. For a lower budget Indie game, this aspect is surprisingly powerful, and really sets the stage for a game that is a greater sum than its parts.

Waking is a game that is more than a game, it’s an emotional roller coaster that gives you some perspective on life, as you recall some memories that you’d since forgotten. Who you are and where you come from; what is your purpose and who matters the most to you are all questions you will face, and only you can answer. 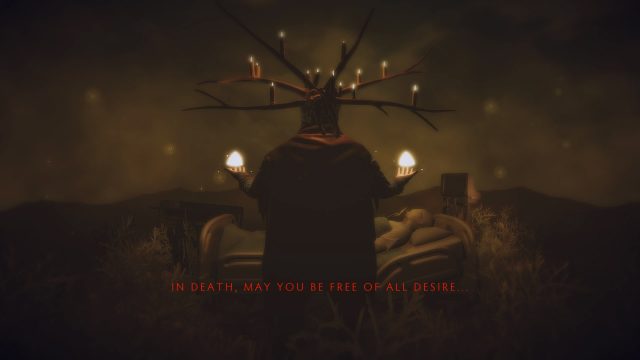 Because of the nature of the game, it is a one time playthrough, as it is unlikely that your story will change unless you make something up, which I strongly encourage you NOT to do. Being immersed in your own thoughts and feelings is a huge part of the game, and if you aren’t going to commit to it fully then I don’t think this is going to be even remotely interesting for you.

In addition, I really think you need to be in your late 20s or older to get the most from Waking, as it asks you things that will only apply if you’ve have a good amount of life experience. You may find you do not have answers for some of the questions, or that they are not as emotional if you are younger, which will detract from the overall experience.

All in all, Waking is a game that I did not expect, and one I did not know I wanted…until I played it. Since the demo ends very early on, I was not able to complete my journey, and I’ll have to wait until it comes out later this summer on PC and Xbox One. Though no release date has been revealed at present, you can try the game out for yourself over on Steam, as there is a public demo. I very much encourage you to do so, particularly if you are in the mood for something a bit different, and very very personal.

Stay tuned for more Previews as we take a look at Oninaki, Warlander and Shattered: Tales of a Forgotten King throughout August!