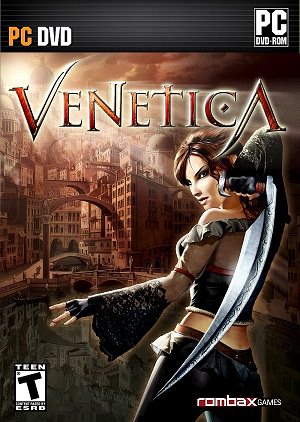 For those of you that have enjoyed Lords of the Fallen, Deck 13 has another treat in store for you. Next Thursday, January 22nd, they will be releasing Venetica on Steam for a very modest price of $9.99. If you are not familiar with the game, keep reading and I will tell you more about it.

Venetica was the first Action RPG developed by Deck 13 and released in 2009 in Germany and 2011 in North America. It is available on PC, Xbox 360 and PS3. It focuses around a girl named Scarlett. She is the daughter of Death and is on a mission to seek the souls of those who have tricked Death and thus gained immortality. The combat system is a bit more loose than Lords of the Fallen, but the world is a bit more explorable. There is also a skill system that permits you to become more efficient with different types of weapons, allows you to chain longer combos and even stay in the Twilight World for longer periods of time. Did I mention there is a whole layer of the game, called the Twilight World??

I got to interview Jan Klose, the Creative Director on both Lords of the Fallen and Venetica and talk with him about how they compare. If you were looking for some very candid answers about things in Lords of the Fallen, you might get your questions answered here.

Can you tell us a bit about Venetica?

Can you tell us a bit about the skill system in Venetica?

What are some of the challenges you face when creating two worlds like these that are so complex in nature?

Both of these games have very “fixed” protagonists. What was the decision behind this compared with customizable characters that many other games feature?

Venetica and Lords of the Fallen share many similarities, but they are also different in many ways. Are you sort of experimenting trying to find the “perfect formula”?

What is your ideal game or what do you look for in a game?

Deck 13 is planning on doing some live streams on (Not sure of dates yet, will fill in here when I hear back from Marco today) revolving around Venetica. You’ll be able to ask questions and see some of the gameplay (if you haven’t already). For those of you who enjoyed Lords of the Fallen and are looking for a game to play to hold you over until the arrival of Bloodborne, this might just be it.

Chat with the developers on the forums

2 comments on “Venetica: A Prelude to Lords of the Fallen”