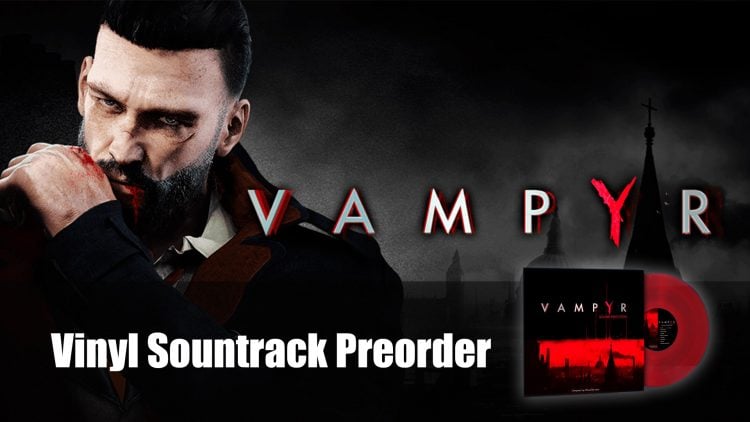 Dontnod Entertainment the developers have announced they will be releasing a Vampyr soundtrack on vinyl available with preorder outside North America.

If you’re in Europe or Australia you may be lucky enough to get your hands on the limited edition Vampyr Vinyl sountrack, available in selected retails stores in France (Micromania), Nordics (Gamestop), Spain (GAME), Benelux (Game Manai), Poland (Empik), Australia (JB HI-FI) and Portugal (FNAC) according to Dontnod Entertainment’s tweet. If you’re in America or U.K. unfortunately this option is not available. 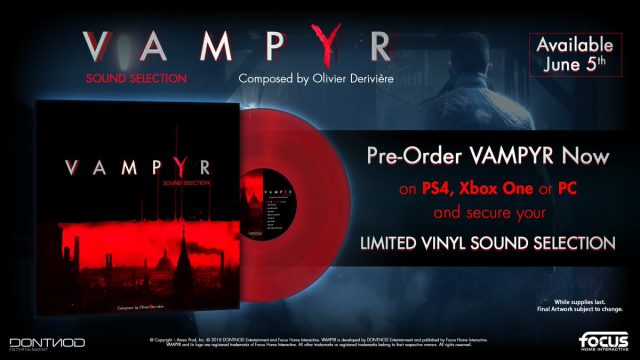 It’s an interesting addition as many game developers usually add a digital release of the soundtrack either as a download, or even make it available on Spotify. The vinyl soundtrack could be a great collector’s item, especially for die hard fans.

Even if you aren’t in the selected countries that have this soundtrack bundle, there is still reason to preorder. The preorder has the DLC “Hunter Heirlooms” a pack which contains the weapons Dragonbane sword and Barker pistol; and the outfit Dark Physician Suit. The Hunter Heirlooms DLC will still be available after release as a separate purchase. The official release of Vampyr will be June 5th for Playstation 4, Xbox One and PC. 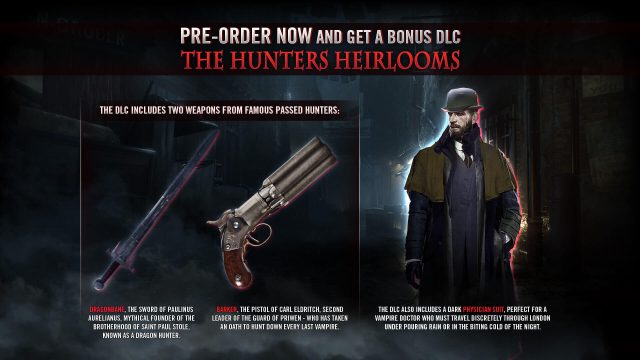 If you want to find out more about Vampyr be sure to check out our Vampyr Preview, Vampyr Episode 4 Video Release and more top RPG goodness coming out in April.

One comment on “Vampyr Vinyl Soundtrack Available with Preorder”