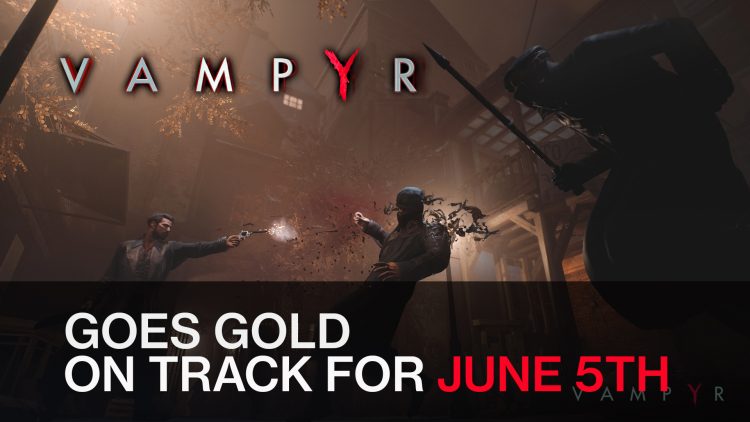 Dotnod are full steam ahead with the announcement that Vampyr has gone gold. Vampyr is set for release on PC, PS4 and Xbox One on June 5th.

Behind the successful narrative title Life is Strange, Dotnod are releasing their upcoming title Vampyr next month which has just gone gold. What does this mean? This means that the game has reached it’s final version is ready to be uploaded to game stores, as well as ready to be shipped in physical copies. However, we will still have to wait for the official release on June 5th. This is good news as this means they’re on schedule for their release day.

Vampyr is a dark action RPG set in 1918 during the First World War and outbreak of the Spanish Flu. The story follows the protagonist Doctor Jonathan Reid as he becomes a vampire, after being bitten by patient originally thought to be infected with the Spanish Flu. The doctor must find a way to endure as he fights his inner turmoil of just trying to survive as a vampire by feeding on humans and protecting the inhabitants of London who he swore to protect as a doctor.

Vampyr is set to release on PS4, PC and Xbox One on June 5th. If you can’t wait for the release find out more about Vampyr in our Vampyr Preview and the New Vampyr “Becoming The Monster” Trailer Released.