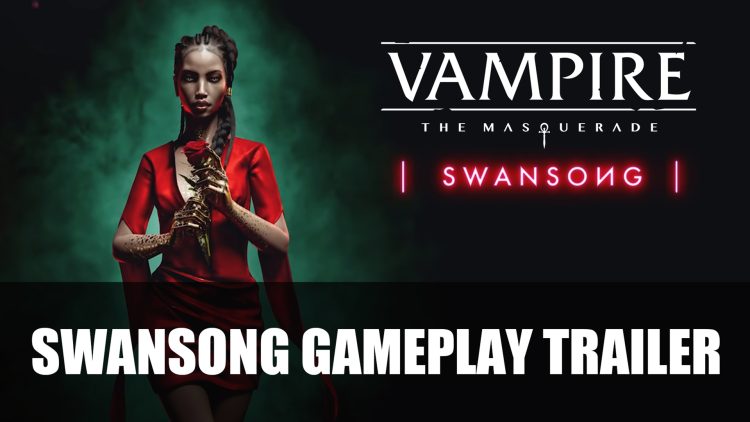 NACON and Big Bad Wolf have unveiled a gameplay trailer for Vampire The Masquerade Swansong, the upcoming narrative-driven RPG.

The latest trailer for Vampire The Masquerade Swansong goes over the abilities plus playstyles of three main characters you can choose to play, Galeb, Leysha and Emem. In past trailers we got introduced to each of these characters, but here we finally get to see them in action.

We get a brief look at some puzzle solving, deception as well as more non-diplomatic strategies handling things by force. Galeb, the oldest vampire seems to play things loud by taking out enemies fast. Leysha on the other hand is more discreet, taking on different disguises to investigate. While Emem uses her popularity to take the diplomatic approach. Each character has their own unique power called Disciplines. Leysha uses Obfuscate to hide her presence, Emem uses Celerity to access hard to reach locations and Galeb can control others like a puppet with Domination.

In case you missed it Vampire The Masquerade Swansong is a narrative-driven RPG set in the Vampire: The Masquerade universe, part of The World of Darkness. It is being developed by Big Bad Wolf who released titles such as The Council, an episodic story-driven game with puzzles.

Players take on the role of three playable characters in Swansong, set in Boston. Previous trailers revealed that Leysha is a Malkavian, one of the founding clans of the Camarilla, as well as Galeb controlling unsuspecting enemies with his powers who meet an untimely end.

Previously Swansong was delayed from its 2021 release date, and got pushed to May 19th in order to uphold a “healthy work-life balance” for the studio. It seems the title is on track for May.

Vampire: The Masquerade – Swansong coming to Xbox Series X|S, Xbox One, PlayStation 4, PlayStation 5, and Epic Games Store on May 19th.

For a recent rundown of news find it here in Top RPG News Of The Week: March 20th (Hogwarts Legacy, Starfield, Elden Ring And More!).