During Gamescom 2019 we had the fortunate circumstance of sneaking in to see Vampire the Masquerade Bloodlines 2. It is a sequel to the cult classic PC game Bloodlines, which released nearly 15 years ago, and is based on the table-top game Vampire the Masquerade. Following in its footsteps, the game will feature other supernatural creatures found in the World of Darkness universe, and players must not violate the one sacred rule: DO NOT BREAK THE MASQUERADE. Humans cannot know of the existence of your kind, and should you reveal yourself there will be dire consequences. In this article I want to tell you a bit about Bloodlines 2, and how we think the game is shaping up.

The game begins in Seattle after an event known as the Mass Embrace, where many Humans were ambushed by Vampires and subsequently “turned”. An unsanctioned attack in a world full of does and don’ts, an investigation has been called to find out just who authorized the assault. And you, a Human, were unfortunately not only caught and turned, but are a valuable witness to the events of that evening. 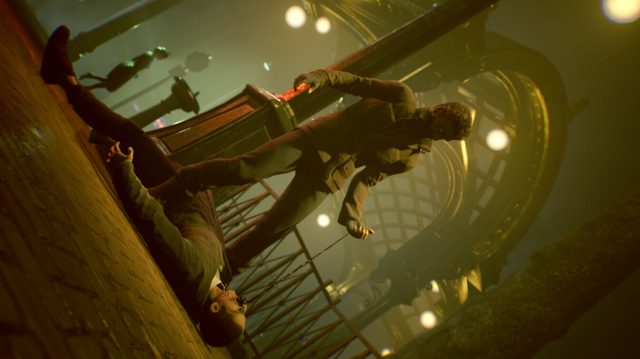 Will you help certain Clans get to the bottom of it all, risking death or worse? Or will you keep quiet, allying with those that may be a part of more nefarious plots? These decisions are not proposed in a black and white manner, and every one you make will affect your story and the outcome of the game. Bloodlines 2 is a heavily narrative driven experience, leaning on a deep and enthralling story to compel players to unravel its mysteries.

Interview With a Thinblood

In Vampire the Masquerade Bloodlines 2, players begin the game as a Thinblood. Being new Vampires, they are far removed from the source of their blood’s power, and must adapt quickly or face destruction. Not only must they readjust to their new sanguine lifestyle, but they must navigate the political theater that exists between the game’s many Clans, all while avoiding detection by Humans. If it sounds difficult, that’s because it is. Thankfully though you will get to choose from one of 3 starting Disciplines that will function as your “Class”, granting you abilities to help you on your journey. 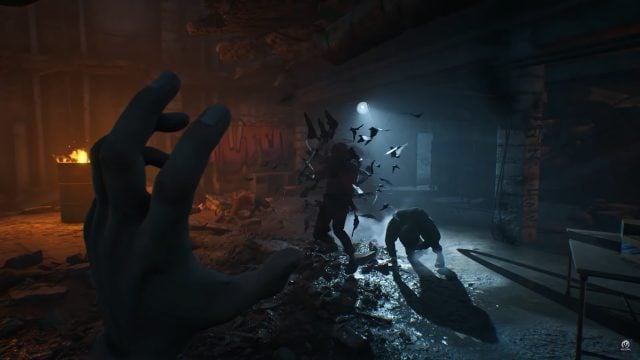 In the table top version of Vampire the Masquerade there are a total of 13 different Clans that have their own Disciplines, appearances and motives. However, Bloodlines 2 will only showcase about 5 of these, and they are: Brujah, Tremere, Toreador, Ventrue, Malkavian. The Brujah are violent, with a predilection for physical combat, where they excel over almost every other Clan. The Tremere are obscure and obsessed with knowledge, often ostracized by other clans for the sins of their past. The Toreador are artists, whether it be in music, painting or in body and mind, they are the visionaries of the Clans. The Ventrue are the most successful of the Clans, the blood of rulers flows through them, and they are charged with guarding The Masquerade at all costs. The Malkavian are often considered the “strange” among the Kindred, often containing the sad, the psychotic and unpredictable, they have insight that no other Clan possesses. 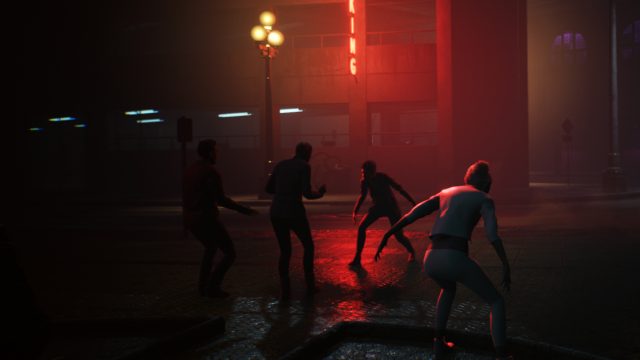 Players can align with any of these 5 Clans, gaining their Ancient Disciplines in the process. This will add new abilities, and change their status accordingly within Bloodlines 2’s complicated civic system. However, just because you cannot play as any of the other 8 Clans from the table top version, that does not mean that you will not encounter of them, and they do have a role to play within the game. I for one look forward to seeing just how it all plays out…

Before Gamescom I wasn’t really “enlightened” on Vampire the Masquerade Bloodlines 2, and it was a game that I had on my radar, if barely. After seeing the presentation there I am very excited to play Bloodlines 2, and the thing that really grabbed my attention was how conversations with certain NPCs affected others. That is to say, if you asked one person certain questions and got information from them, you will gain new dialogue options when speaking with others. This is very much something missing from modern RPGs, is rarely implemented, and none to the extent that it is in Bloodlines 2. Finally a game where speaking to everyone about everything has tons of value! 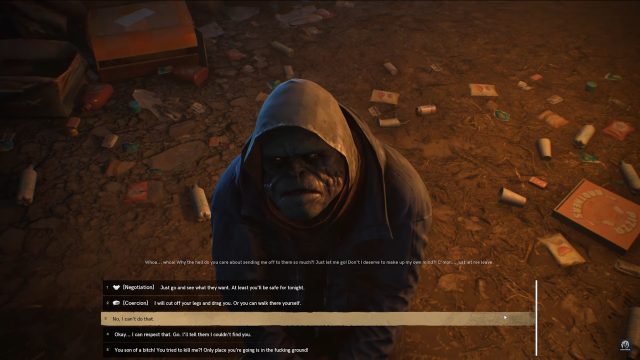 Being a fully first person game, Bloodlines 2 has created some controversy around its community. The original title had the option to play in either first person OR third person, and many fans of the franchise have voiced their opinion about this change. While I usually prefer third person in my RPGs, the gameplay of Bloodlines 2 is much more story driven than combat focused, making this change less impactful than it could be in other games. It remains to be seen whether this gamble will pay off for Hardsuit Labs.

Vampire the Masquerade Bloodlines 2 launches in March 2020, so stay tuned for more coverage as we come ever closer to release!