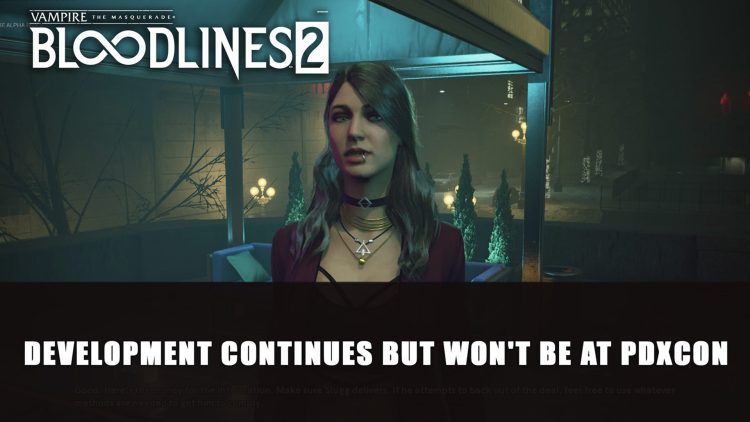 Vampire: The Masquerade Bloodlines 2 Development Continues But Won’t Be at PDXcon

It’s been some time since there has been an update on the upcoming sequel Bloodlines 2. It’s been a bit of a bumpy ride for the game as it got delayed and halted its pre-orders last year after the studio developing the game was changed. The game has seen its release pushed in order to create a “worthy successor”.

But be rest assured Masquerade fans as the CEO of Paradox Fredrik Wester has reaffirmed that the show must go on when it comes to development and it’s in good hands. Since the new studio developing the game took on the project, publisher Paradox hasn’t really shared much other than that they’re “happy with the progress“. The release date seems to be quite some time away though.

If you were hoping to see more of the game at PDXcon, well I have some bad news for you. Wester has also shared it would not be spotlighted this time around. They did share that they will be ready to show more when “the game is ready”.

Unfortunately not this time.

While this update is on the smaller side, it’s good to hear at least something after radio silence. If you’re curious to see what the game was like before the indefinite delay, you can check out our Vampire The Masquerade Bloodlines 2 Preview: Spectral Street Cred In Seattle.

For more news find it here in Frozen Flame Is A Survival RPG Focused On Exploration And Discovery and Lost Ark July Update Introduces Multiple Catch-Up Mechanics For New Players And Alt Characters.