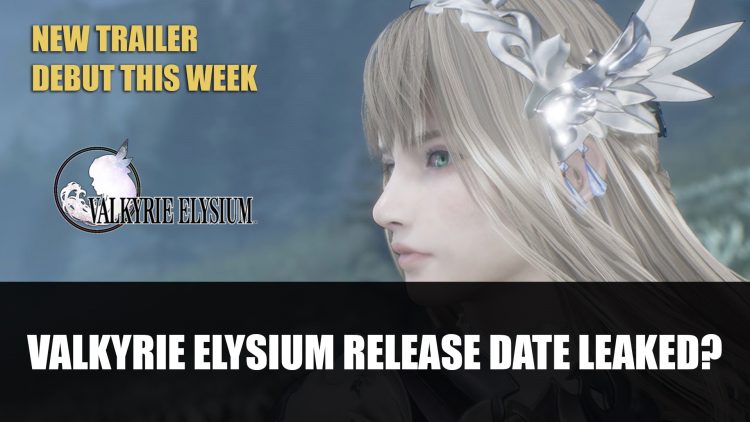 The upcoming RPG Valkyrie Elysium looks to have had its release date leaked ahead of its official trailer reveal which is set for this week.

Ahead of Square Enix’s official unveiling of a new trailer for the upcoming RPG Valkyrie Elysium, the release date has now been leaked. First, let’s talk about the release date. Elysium looks to be coming to PC, Playstation 4 and Playstation 5 on September 29th 2022 according to the official listing on the Playstation website. The game was announced earlier this year during Sony’s State of Play which also unveiled the tactical RPG The DioField Chronicle.

The title is a long-awaited sequel to Valkyrie Profile which was the turn-based title by Tri-Ace but the next entry is an Action-RPG being developed by Soliel. The trailer shown during State of Play featured some of the hack and slash combat and some visuals that are in a sort of Babylon’s Fall-esque style in terms of gameplay, but with less of a paint-brush finish. The title is set in the world of Ragnarok, taking place at the End Times, with the last hope relying on a lone Valkyrie entrusted with the last strength of the All-Father. The title will include classic Valkyrie series elements such as the Einherjar, warriors that can be recruited to fight alongside you in battle.

Square has announced the new trailer will officially be debuted on July 5th at 5 PM PT. While this date could have been a placeholder, however with a new trailer set for this week, it looks like the launch date announcement could be to coincide with the new trailer.

The September release date is listed on the Playstation website.

If this release date is true, Elysium isn’t the only title to be published by Square Enix getting a September release date, as The DioField Chronicle also will be launching on September 23rd in Japan (although a global release date hasn’t been announced yet). This also joins quite the busy end of the year lineup with Forspoken releasing in October, Harvestella coming in November and Crisis Core: Final Fantasy 7 releasing sometime in December. The first title Valkyrie Profile was developed by Tri-Ace who are actually working on another Square Enix published title Star Ocean: The Divine Force which is releasing on October 27th.

If you want to catch the trailer be sure to set a notification for when it goes live:

For more news find it here in Ubisoft Announces Shutting Down Servers For 15 Games In September 2022 and The DioField Chronicle Receives Release Date And An Hour Of Gameplay Footage.