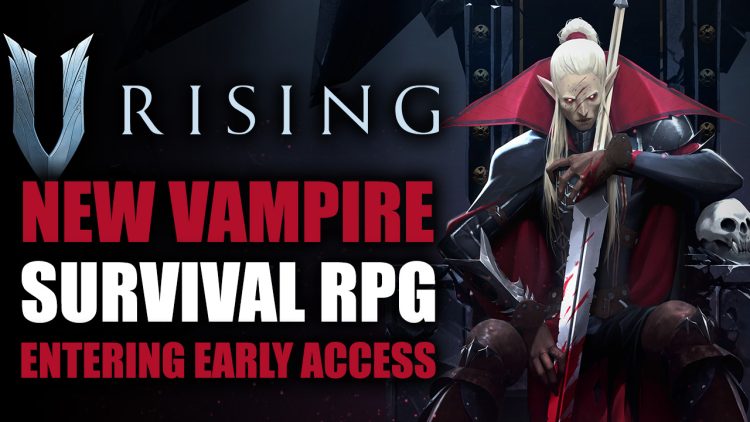 V Rising is a new and upcoming survival game that lets players live out their lives as vampires. The game enters Early Access on May 17, 2022.

Children of the Night can finally live out their bloodthirsty dreams. Coming from Stunlock Studios, the developers behind Battlerite and Bloodline Champions, is V Rising. This new survival game has players awaken as fresh and weakened vampires, ready and hungry for the hunt. 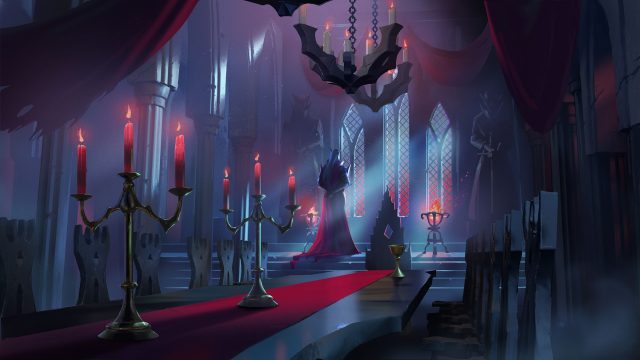 Vampire fledglings will need to rise up from their crypts, hunt out both beast and man, drink enough blood, and ascend to power. What kind of vampire will you be in V Rising? Let’s see what else we can do!

Blood for the Blood God

Blood is of the utmost importance in V Rising, as it dictates everything players can do. Even though this is an RPG at its heart, V Rising will not have your traditional leveling systems or skill trees. Instead, vampires’ progression will be non-linear and rely totally on what players want to excel in. 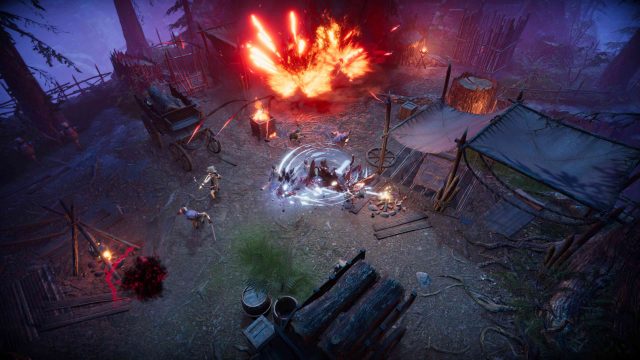 Instead of gaining skill points at specific levels, progression will be tied to learning abilities out in the world. The most basic of moves will be tied to your equipped weapons, which can be swapped through in combat.

More advanced and devastating spells, however, will need to be hunted for. Players can seek out powerful bosses, and if victorious, feast on their blood. Doing so will allow you to “learn” their abilities, adding more options to your vampiric repertoire. 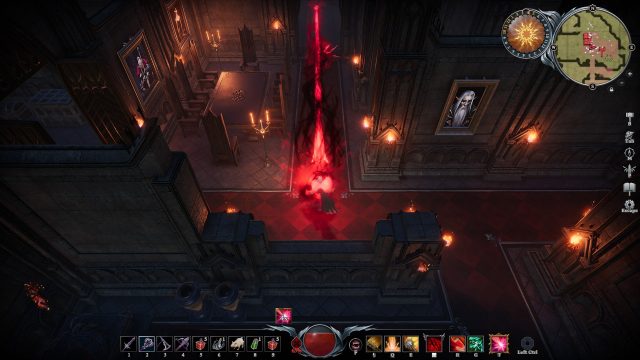 Aside from that, drinking blood from lesser creatures also provides benefits. For example, feasting on the blood of warrior or burly type humans will directly give passive benefits related to warrior-type skills. If players instead decide to consume animal blood, they will also gain different passives entirely.

This is an interesting system as it will fully allow players to totally invest in some areas, or create a balanced character. It also gives another sense of immersion as skills are actually earned instead of ticked off from a skill tree.

Of course, players will be fighting most of the time. Stunlock Studios are best known for their previous titles, Battlerite and Battlerite Royale. The former game was a high-action arena PVP game, wherein 3v3 combat was extremely popular. Battlerite was extremely well made and very balanced. Matches were quick and frantic, much like team fights of DotA but without the creeps and other phases. 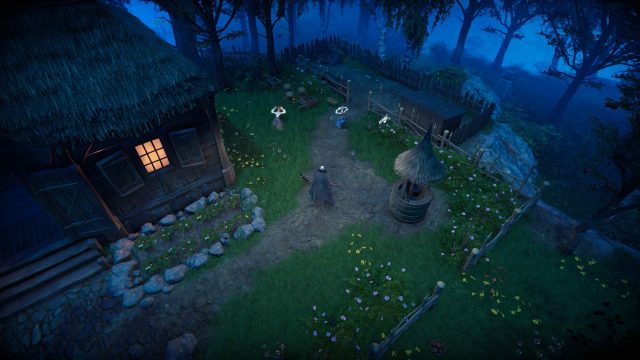 As such, Stunlock was able to translate their learnings from their previous titles into V Rising. They have retained their WASD movement system as well as having abilities all be “skill shots”. This means that every skill will need to be manually targeted onto the position your enemy is or will likely be.

No clicking an enemy and being sure that your precious spell lands and deals damage! Skill and patience will be paramount in V Rising. If the combat in this new game is anything like Battlerite, we can be sure that it will be just as fun and frantic. 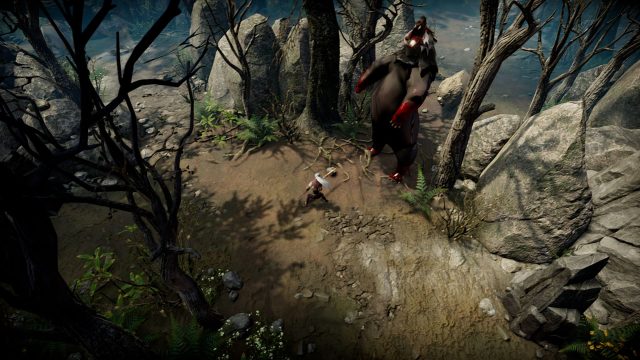 Face off Against Beasts

Of course, you aren’t immortal and have your traditional vampire weaknesses. V Rising features the common vampire weakness tropes, such as burning in sunlight, avoiding garlic fields, and even staying away from hallowed ground.

The inverse is also true, as vampires have access to all their traditional strengths. They can shapeshift into a swam of bats or other creatures. And of course, they will be able to make use of powerful vampiric and blood-based magic.

A Sprawling World of Night

V Rising will take place in the fictional content of Vardoran, filled with different biomes and locations. This continent will be further split up into five regions as of Early Access. 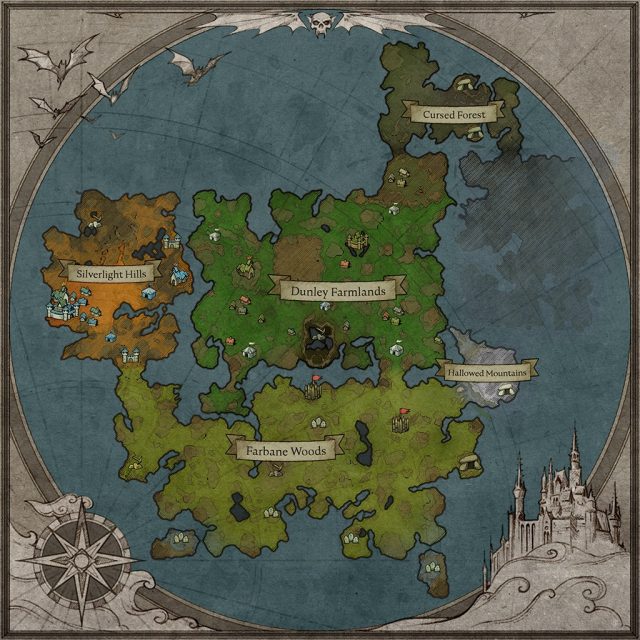 The Land of Vardoran

Players will begin their journey and awaken in the Farbane Woods. This was the final bastion of the Vampires of old before they were almost driven to extinction. Now forgotten, the Farbane Woods is littered with ancient structures and defiled crypts. As expected, the woods have become untamed and chaotic. Bandits and other predatory animals are all that roam these woods now.

Other regions are the Dunley Farmlands, the Cursed Forest, Silverlight Hills, and the Hallowed Mountains. Of course, this is just for Early Access, and Stunlock Studios intends to keep on adding to the game as time passes.

The team at Stunlock Studios made it clear that their newest game isn’t an MMO. Instead, they coin it as an “open-world survival and action RPG hybrid”. This makes it seem that the game will exist in persistent worlds, albeit smaller ones. 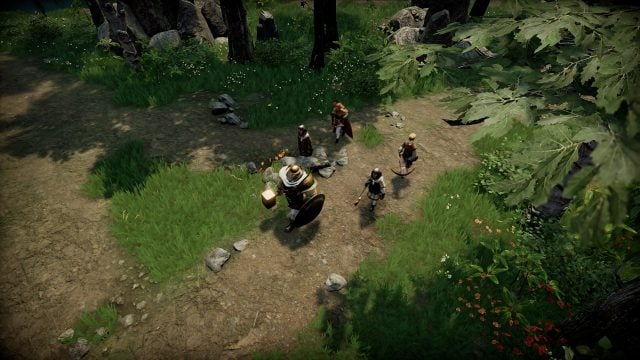 V Rising’s Vardoran will have multiple instances across multiple servers. At the start of Early Access, the team intends to place about 40 people on one server at a time. They did mention that they will give players the tools to host their own servers.

Hosts can raise the maximum player count, as long as their hardware can support it. They will also be able to tweak many of the game’s systems to their liking. As of launch, there will be 60 game settings that hosts can modify from damage dealt and taken, to maximum clan sizes.

While not out and about stalking prey and drinking blood, V Rising players and their clan will be able to construct their very own grim and gothic castle out in a location of their choosing. As this is a survival game at heart, players will need to gather enough resources to construct their marvelous lair. 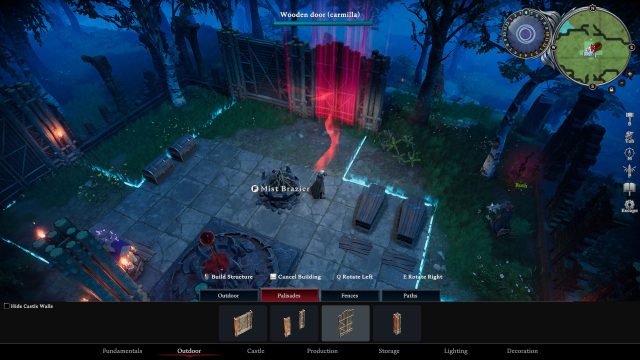 Players will be able to construct multiple types of rooms, depending on their needs. You have the options for the most basic things, like armories or treasure troves to protect your riches. You can also craft a wide array of coffins to allow you and your creepy entourage many options for slumber during the day. Vampires may also have rooms dedicated for cattle – servants that you have captured and harvest for blood. The sky’s the limit, it seems. 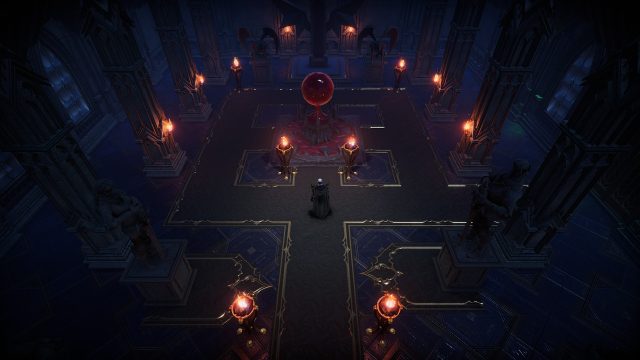 At the heart of any great and evil castle is the Blood Altar. This unique tool allows players to target the specific types of blood they want to be able to customize their character. It gives players a sense of direction or an objective to go towards so that they are not completely left in the dark as to where to go.

V Rising will give fledglings the option to roam the lands of Vardoran alone or with a clan of up to four other vampires. You will all be able to adventure together, reigning terror amongst the populace. For the even more bloodthirsty vampires on PVP servers, you can even lay siege to enemy castles. 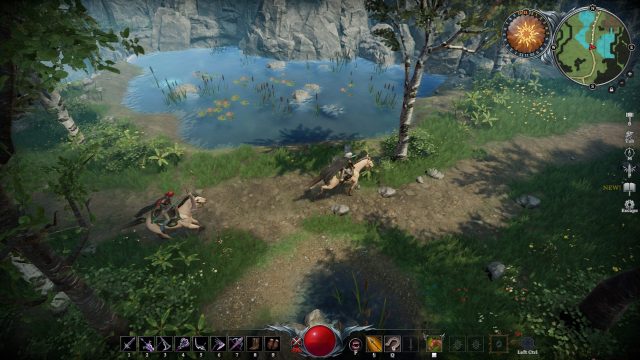 The game features a “Dracula” system, wherein vampires will vie for the title of the ultimate vampire in their realm. Scattered across Vandoran are three ancient relics that are called Soul Shards. These artifacts are kept guarded by some of the fiercest foes in the land, but are worth the effort.

Once a player controls the three Shards on a server, they will be considered the most influential. They will have multiple perks available to them and their friends, but will inadvertently be made targets by everyone else. Other groups can attempt to lay siege to your castle, or otherwise stop at nothing to take the Shards away from you. 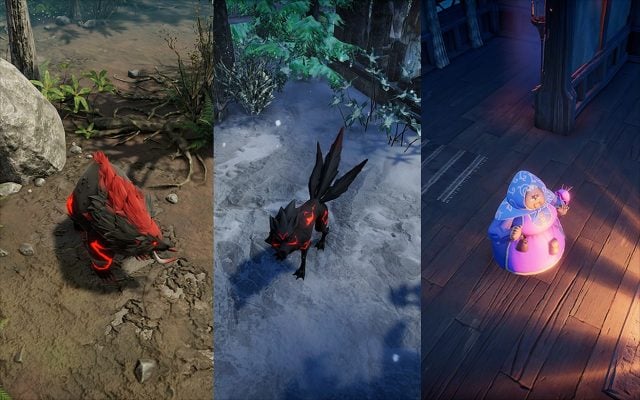 Don’t fret if you think you would need to defend your castle 24/7, though! Stunlock Studios assures that there will be a specific time window (6 hours for early access) where castles can be besieged.

V Rising will be available in Early Access starting on May 17, 2022. The price will initially be $19.99, but could likely be more expensive for the full release. Stunlock Studios is not currently planning an in-game microtransaction shop but will sell cosmetic DLC to further help development. One of these cosmetics even funnily has a “Grandma” shapeshifting form. 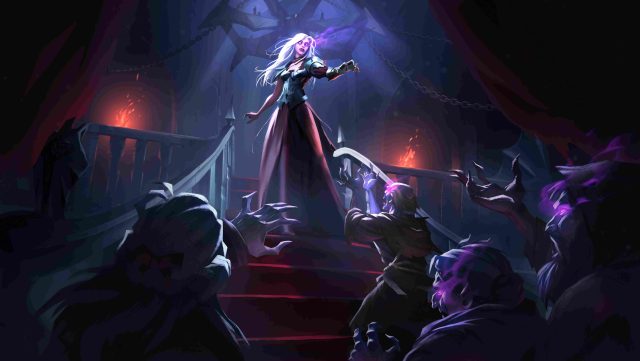 Also be sure to keep a lookout on the official Fextralife Twitch Channel, as our very own Yuria will be streaming V Rising on Thursday Evening, May 19th.