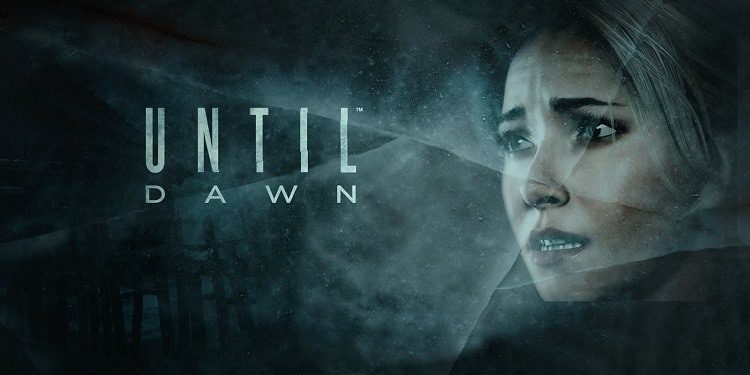 This is a game of peculiar contrasts. To start, for a game set at the top of a mountain, Until Dawn spends a lot of time deep in the Uncanny Valley. Like LA Noire and Heavy Rain, a great deal of effort has gone into motion capture and rendering of the game’s character actors. As with those games, there is a reason for this beyond simple technical bragging rights; in LA Noire, you were looking for body language to help drive an investigation. In Heavy Rain, there is a combination of body language monitoring but also sheer engagement with the characters in what is intended to be an emotional story. Until Dawn is also looking to engage emotion: fear. This is teenagers-in-peril horror movie territory here, and that can be a difficult genre to create a character-driven story. Many films simply line up objectionable stereotypes to be offed in as gruesome a manner as possible. Until Dawn takes a braver path and wants you to care about this evenly numbered boy-girl combo of over-privileged spoiled mostly white preppies. And as you can tell from the preceding description of our ensemble cast, it really was a brave path the developers have taken….

To that end, it doesn’t get off to a great start. The game begins One Year Ago, with a terrible tragedy afflicting our group of friends. Except it isn’t a tragedy, it’s a vicious prank which goes horribly wrong. It would need a person to have their empathy surgically removed not to know what they are doing to their friend is humiliating and could never be seen as funny under any circumstances. Only Hayden Panettiere’s character Sam escapes culpability, but I suspect that’s only because the actress’s fees were so high she is absent from a considerable portion of the game – and Sam is just as liable to be killed off as anyone else despite her ‘innocence’ from the story’s inciting act. “Hi! I’m actor Peter Stormare. You may remember me from such roles as Satan in ‘Constantine,’ and one of the murdery guys in ‘Fargo.’ I’m not at all sinister in this game though. No sirree.”

From here, the contrasts continue. There’s an opening title sequence which is Hollywood quality, including actor credits, and a wonderful piece of music, an arrangement of traditional folk-ballad ‘O Death.’ It’s bombast and high quality bombast at that, screaming production values. However, the scene immediately following places the Sam avatar in what looks like a beautiful mountain path, but is simply a corridor to be funnelled down, the gorgeously rendered character model bumping against invisible walls, and culminates in a Quick Time Event. It must be noted this does not afflict the entire game, but some portions do feel like last-gen design with future-gen wallpaper. “Ah, the perfect romantic evening. A beautiful moonlit night, just me, my girl, and an axe we found under suspicious circumstances.”

Perhaps that’s in part because it started life last-gen. Until Dawn was originally intended to be a Playstation Move title, again taking direct inspiration from Heavy Rain. This heritage is still present in the controls. Starting the game, the player is asked to choose between “traditional” controls, or using the PS4 controller’s motion capabilities. It doesn’t really make a difference; opportunities are few and far between, and usually revolve around opening a latch, or turning on a dial. The only real time it makes a difference is when you are put into a ‘Don’t Move!’ situation, where any movement of the controller results in a less than desirable outcome. These are oddly intermittent and more noticeable towards the end of the game. The QTEs are also sparse, and sometimes only consistent of one button-press requirement. I had just spent quite some considerable time in the basement turning on a generator, when suddenly I had to quickly hit Triangle to meet my companion’s high-five. It felt peculiar and out of place. “OK, now take the picture so it looks like I’m holding up the mountain.”

In terms of story exposition, Until Dawn also takes a few more cues from Heavy Rain in that there is no “wrong” ending or decision that gets you a ‘Game Over’ screen. As is well known from the pre-launch publicity, and could be surmised from the slasher-movie tone, characters can and will get killed. There’s no save to return to, and your choices have consequences. It’s hard to miss this; on starting the game, the ‘Butterfly Effect’ mechanic is explained to the player….several times. The same point is made just with different phrasing. There’s a big butterfly effect (ho ho) at the top right of the screen every time you make a choice of any importance. And finally, one of the sub-menus is the Butterfly Effect menu, listing out all current and indeed future situations where destiny might diverge, and often spells out explicitly what decision it was that caused a character’s death, sometimes many knock-on effects later. “You want to use a Ouija board? Well, ok, just as long as this isn’t exactly one year after someone died when it was our fault, on a mountain which is simultaneously the site of an abandoned asylum and also Native American land. Hey…you’re not giving me a straight answer. Want to have sex?”

These decisions must be significant and irrevocable for the game to work. However, sometimes it doesn’t feel quite fair. There are ‘guidance totems’ in the game, which give a flash of a potential future to serve as guidance. I followed the advice of one of these totems and ensured one particular character had a specific item. However, the character then used that item in another situation without my having a choice in the matter, and its absence later caused the character’s death, which I had to watch without any other control options. Later, a character had a choice between ‘run’ and ‘hide.’ Selecting ‘run,’ the character was insta-killed – yet in the immediately following sequence with another character, selecting ‘run’ brought up at QTE, successful completion of which allowed the character to survive. This felt entirely arbitrary, and, while life is not fair, in a game it risks frustration. Perhaps I was just unlucky, but I lost four characters in the last 25 minutes of the game, characters I’d worked hard for hours to keep alive, and it felt like an end-game mop-up outside my control. Lack of agency occurs elsewhere. There is a section early on in a cabin where I was trapped in a pre-rendered sequence, the characters getting ready to have sex on the sofa despite having just been attacked by what they think is a bear, and there I am yelling at them from my sofa to lock the f***ing door already. Often characters do the opposite of what you want. It can be strange to sometimes be in control of the outcomes, and other times left helpless.

There’s a few other oddities too. I am used to Japanese games telling you character and personality information up to and including blood type, such information often being nothing to do with the game’s mechanics, because otaku like to obsess. Until Dawn also offers a description of the characters the first time you meet them – whether they are brave, or charitable, or curious. These values then change throughout the course of the game based on your decisions. This does not have any noticeable impact on the game, however, and can bring up some strange results. I had the character Mike make what I thought were reasonable decisions in order to survive. By the end his bravery was off the scale, but he had actually managed to get to zero in terms of charity and kindness. This is kind of like imagining Ebeneezer Scrooge with superpowers saving kids from a burning building, then stealing their toys. This game is totemly awesome. Ahem.

Also, I don’t think there is a single horror cliché that isn’t in there somewhere. There’s a Ouija board session, an abandoned asylum, and native American land, in addition to young people endeavouring to have sex in a situation which really doesn’t warrant the amour. The most resilient towel in the cosmos. Seriously, it has more staying power than some of the characters.

Yet, somehow, not only does it hang together, the whole is far, far greater than the sum of the parts. The game is absolutely gorgeous to look at, and with good use of gamma to have dark environments without it being impossible to navigate. Despite the aforementioned Resident Evil- esque moments on the mountains when the characters are clunky dolls, bumping into walls, in some of the interior environments their integration with the scenery is so convincing it really is like controlling a movie. The voice acting is exceptional, and despite their despicable start, playing through as these characters, they come across as people and not just fodder for a killer’s axe; you really don’t want anybody to die. “Uh-oh…I think I just crapped myself.”

Perhaps the most peculiar thing is the replay factor. At heart, it’s a horror movie, and while it is well done, usually once you know the twists and key points, you’re done. There is a great compulsion to play through Until Dawn again. Not because you want to fill in the clues you missed the first time around – by the end it is so obvious what’s happened that no less than five clues get updated with the exact same final piece of information, and finding more clues is not going to make the back story any more clear. What comes as a revelation is how different the course of the story can be. Perhaps because of the way most games are structured, you conclude that the ‘main’ character survives precisely because they are the ‘main’ character. In Until Dawn this is not the case, and someone you got through in your first playthrough can be killed in your second, and a completely different character be presented with different options in the same places.

As noted at the start, Until Dawn is a game of strange contradictions. However, like its characters, in the end it is flawed but compelling.

8
Summary: Considering the number of cliches thrown in, it works surprisingly well, mostly due to exceptionally good voice acting. Bar some attempts at motion controls which don't quite fit, the control scheme is sensible.
Story & Setting (7.5)
Gameplay (8.5)
Design (8)
Replayability (8)
Pricepoint (7)

2 comments on “Until Dawn – Horror Review”