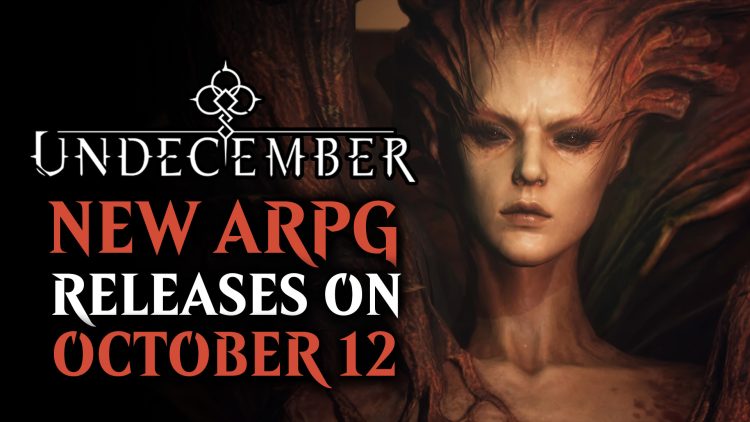 Undecember is an upcoming ARPG that has had a global release announced for this month. A demo is also playable now up until October 10th.

Undecember is an Upcoming Korean ARPG with Mind-Blowing Visuals

Announced back in December of 2021 was Undecember. It is a multiplayer Korea-based ARPG that is a nice blend of Diablo’s polished gameplay, Path of Exile’s flexible systems, and Wolcen’s visuals. Back then, we only had some cinematics, early gameplay, and some interviews.

However, Needs Games has recently announced that the Korean release has been successful thus far (it was released in January of this year). Now, the team is focused on bringing their ARPG project into the global market.

The Story of Undecember

Undecember’s story is quite simple from the World View trailer that they released. Essentially, the world of Traum was created with the essence and the light of 12 beings that came from the void. These 12 were powerful enough to create an entire race, mankind. 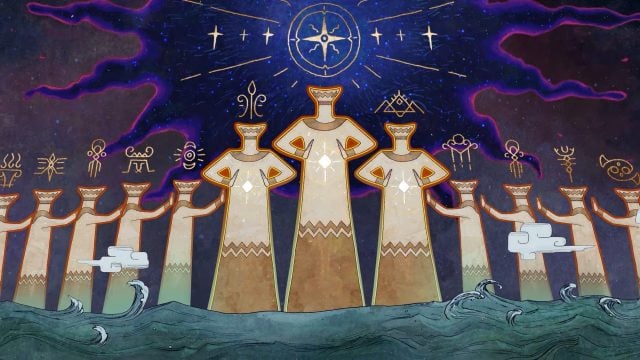 As their powers grew, they were eventually treated as gods. Unbeknown to the 12 was the birth of a 13th being named Serpens. Instead of peace and order, Serpens desired chaos and corruption. It was able to corrupt some of the 12th’s creations, birthing monsters and other hideous abominations. 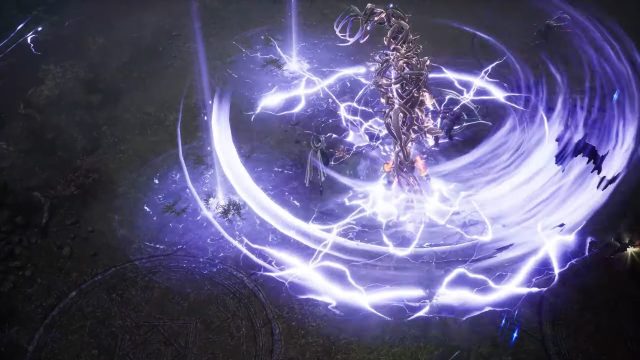 This led to an all-out war between the humans of Traum, their 12 Gods, and Serpens and his legions. In order to dispel the darkness, the original 12 blessed their creations with their essence, power, and runes. This was not enough to stem out evil, and the 12 had to merge together as a last-ditch effort to banish themselves and Serpens into the void. 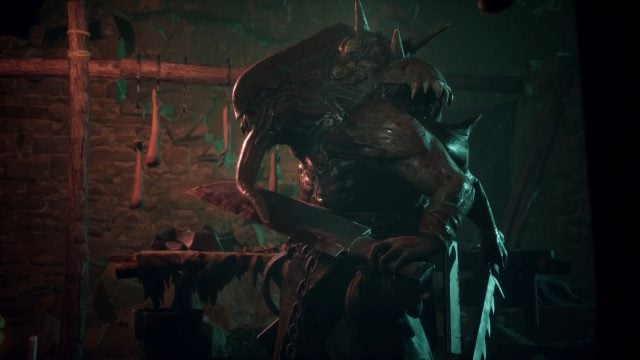 Best Way to Test a Sword is to Lick It

While they were successful in this monumental feat, their victory did not last long. As time passed, and the memories of war began to fade, the creations eventually started using runes and the original beings’ powers once more. This created a new beginning for the Gods, but also a beginning for evil to awaken once more.

Staying Classy While Being Classless

Undecember features high-action ARPG combat. It is quite fast-paced and more like Diablo III than it is like Diablo II. Much like most ARPGs, the majority of the fun will come from players literally devastating legions of foes and collecting their loot. Of course, there will be sprinkles of bosses and unique monster battles added in for good measure, variety, and challenge. 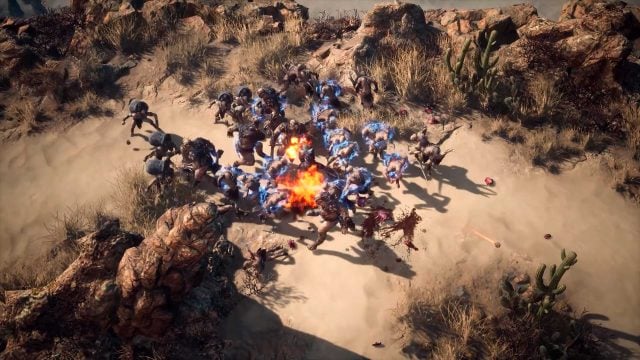 The game also boasts a “Classless” progression system. Think Wolcen, where there were literally no classes, but even more free since you can cast magic with a sword. While we will have Strength, Dexterity, and Intelligence focused archetypes, these main stats will not dictate gear, spells, and abilities that a character can use. 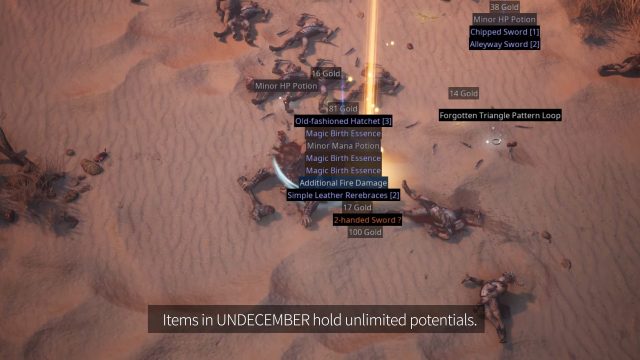 Get Ready for Loot Pinatas in Undecember!

Gear will be plentiful, just like an ARPG should. However, the team also ensure that gear can be upgraded, and have their various properties modified in different ways. This enchanting system, along with the game’s unique skill system, will ensure players will have an unlimited number of playstyles available to them.

To fill up a player’s ability bar, they can equip various Runes in Undecember’s Rune Cast. There are three types of these items: Skill Runes, Link Runes, and Trigger Runes. The former are basically your spells and abilities, such as Frost Strike or Thunder Typhoon while the latter are different modifiers that can be attached to a skill. Trigger Runes make certain effects occur whenever a condition is met. 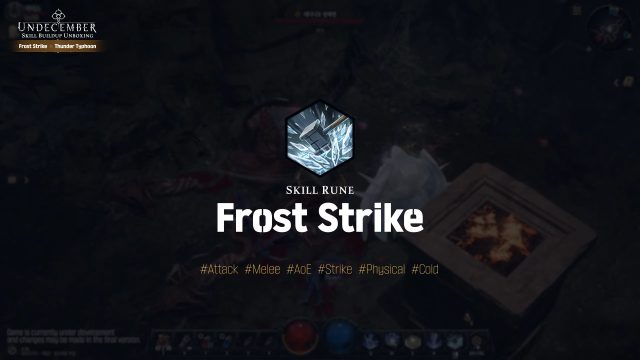 In one of the gameplay video examples, we have the aforementioned Frost Strike and Thunder Typhoon. By themselves, they are basic frost attacks and small tornadoes, respectively. However, these can be enhanced by attaching as many Link Runes as there are adjacent sides in the Rune Cast. 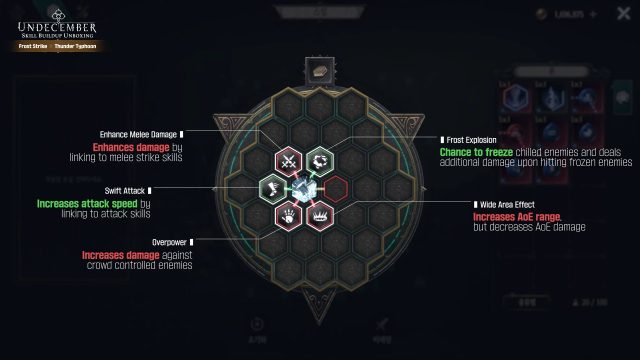 Upgrade It Now With All the Bells and Whistles 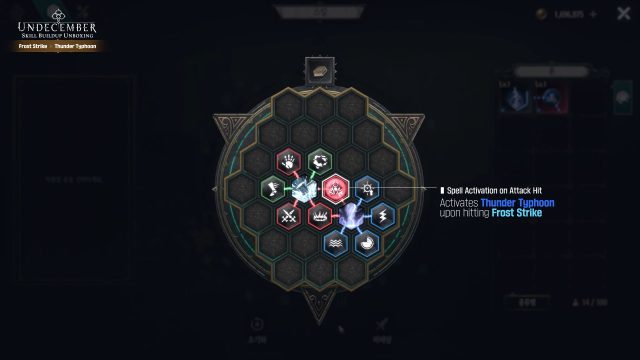 Putting it All Together

Adding one more layer to the complexity of this is the Trigger Rune “Spell Activation on Attack Hit”. This can cause Frost Explosion’s attack to trigger Thunder Typhoon, creating the perfect storm.

Eager players can try out Undecember right now. The demo is available on Steam, and will only cost players 7GB of storage space to try out the game. It can be played from now until the STEAM NEXT FEST ends, which is next week. 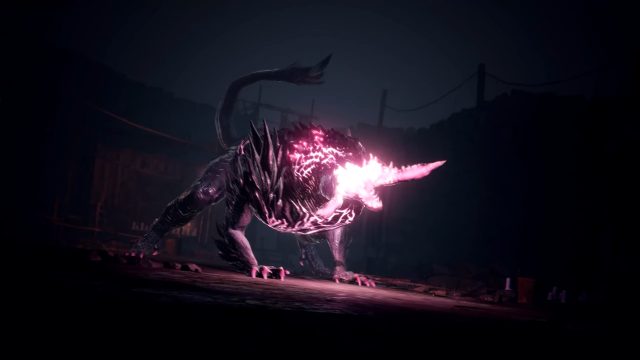 Undecember’s full global release will be on October 12, 2022. The team is also working on localization for 10 languages, including English, Japanese, Chinese, French, and German.

For more news, check out Lost Ark Roadmap Details the Rest of the Plans for 2022 and Tower of Fantasy V2.0 Vera and Steam Version Releases October 20th.