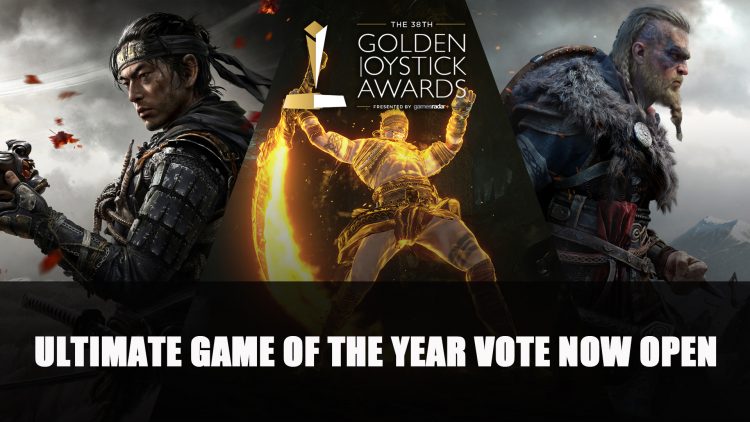 The Golden Joystick Awards 2020 is just around the corner. You can now vote for the Ultimate Game of the Year which includes nominees Demon’s Souls, Assassin’s Creed Valhalla, Final Fantasy 7 Remake and more.

The 38th annual Golden Joy Stick Awards has been open to gamers to cast their vote for 2020’s best games. The 20 categories included a number of awards including best Storytelling, Best Indie Game and more.

But the major prize is the Golden Joystick Awards 2020 Ultimate Game of the Year. This year’s nominees include a number of great contenders including the newly released Demon’s Souls Remake, Death Stranding (PC edition), Crusader Kings III, Animal Crossing: New Horizons, Yakuza: Like a Dragon, Assassin’s Creed Valhalla, Ghost of Tsushima, Genshin Impact, The Last of Us Part 2 and more.

Who do think deserves the Ultimate Game of the Year? While of course we love our RPGs, there’s quite a few contenders on this list, each with their own merit and variety of different genres.

Those who vote will also get a chance to claim a free gaming ebook worth $22.99. You can choose from the follow magazines/books:

Last year Elden Ring was nominated for the “Most Wanted Game”, which could still stand true this year by the looks of it, with the response to FromSoftware’s Tweet about confirming it still exists.

The Golden Joystick Awards 2020 will reveal its winners on November 24th at 4pm EST / 9pm GMT.

For more news be sure to read next Warhammer: Chaosbane New DLC Witch Hunter Plus Updated Slayer Edition and Top RPG News Of The Week: November 15th.