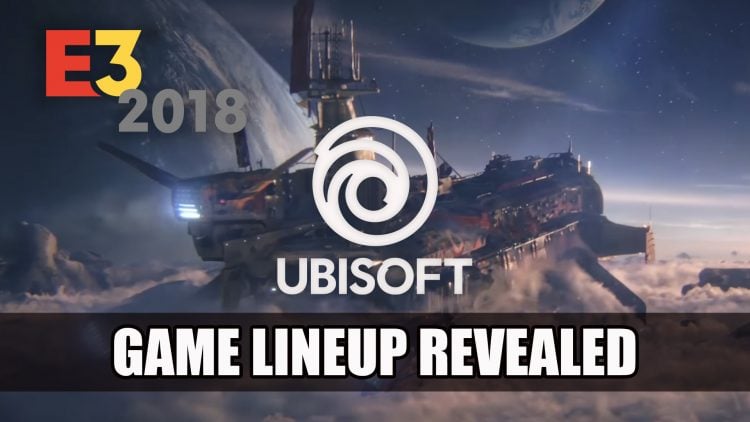 Ubisoft finally shares their lineup for E3 2018 which takes place between June 12th and June 14th a the Los Angeles Convention Center. However, Ubisoft hints that there more to come than just this list.

But that’s not all as Ubisoft tease that they are “saving some surprises for the show.”

The Ubisoft press conference will commence on Monday June 11th at 1:00pm PT a the Orpheum Theater in Los Angelas. Their pre-show will start 45 minutes earlier before the press conference. After the press conference they will take a closer look into the games on this list. Viewers can watch all the happenings via live Stream on Youtube, Twitch, Mixer, Facebook and Twitter.

If you enjoyed reading this article be sure to check out more E3 2018 news and rumours in Rumor: Shadows Die Twice To Feature Prominently At E3 2018, Allegedly Leaked E3 Lineup and Devolver Digital E3 2018 Big Fancy Press Conference Set For June 10th.