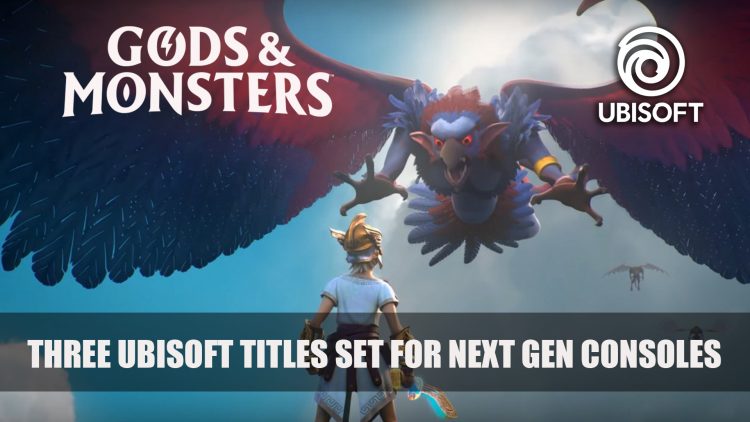 Ubisoft have not only delayed the release of titles Gods & Monsters, Watch Dogs Legion and Rainbow Six Quarantine to next year but now have announced they will be coming to the next generation of consoles.

Ubisoft Announces Gods & Monsters and More For Next Gen Consoles

Ubisoft have announced during their financial report that titles Watch Dog Legion, Rainbow Six Quarantine and Gods & Monsters will be delayed to release to the later end of next year. An article by VGC explains that the chief financial officer, Frédérick Duguet shared that the three games would be next-gen titles.

Gods & Monsters, Rainbow Six Quarantine and Watch Dogs Legion will be released between Q2 and Q3 of next fiscal year [July-December 2020] and will be optimised for the next generation of consoles.

These three titles are part of the five AAA titles set to be release in the next fiscal year. So far there are no new release dates for these titles. With this announcement we get to learn what titles will be aimed for the next generation of Playstation and Xbox. The other two AAA titles have been rumoured to be Beyond Good and Evil 2 and Assassin’s Creed Kingdom.

If you want to learn more about the new IP Gods & Monsters you right here. You can learn more about Ubisoft’s Subscription Service Uplay+ here. For more news be sure to read next Darksiders Genesis Release Dates Revealed, Launching On Consoles Later and Rumour: Diablo 4 To Be Announced At BlizzCon 2019.