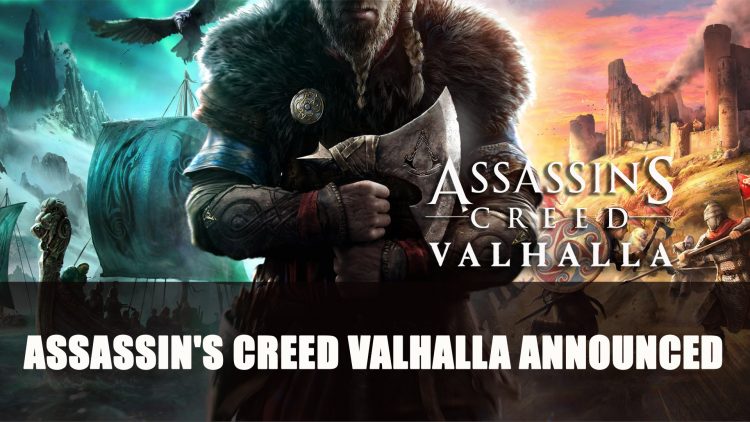 Ubisoft have unveiled the new title Assassin’s Creed Valhalla, a Viking set adventure in the series. The full world premiere of the game will be on Thursday 30th April at 8am PDT.

The title was revealed during a Twitch stream on Ubisoft’s official channel where artist BossLogic shared some art to do with the game. The details so far are few but we do know it will be a viking theme entry from the artwork shown so far by BossLogic.

I had the opportunity to work on one of my favorite video game franchises this year and I’m excited to finally share this with you! The official debut trailer for the new @assassinscreed will drop worldwide tomorrow, don’t miss it! @Ubisoft #AssassinsCreed

Thank you for watching pic.twitter.com/C4H0UUy0Gw

Valhalla is part of Norse mythology, meaning “hall of the slain”, this is the place where the dead would go after they die, a place belonging to the god Odin located in Asgard.

Previous title for the Assassin’s Creed franchise was Odyssey, set in Greece with plenty of Greek mythology and legends to discover. This title also went a bit more RPG than previous titles, adding skill trees and levels. The next title looks to follow the viking era, with longboats and an epic battle seen in the shared artwork. It will be interesting to see if they will stick with similar RPG elements that were in Odyssey and what new features will be added next. Let’s hope it will have equally stunning views and plenty of great combat.

Are you excited for the Assassin’s Creed Valhalla? What will you be hoping to see from the next AC entry? Let us know in the comments below.

For more news be sure to read next Alaloth CRPG Gets New Gameplay Video Featuring Skill-Based Combat and Monster Hunter World: Iceborne’s Next Title Update Has Been Delayed.