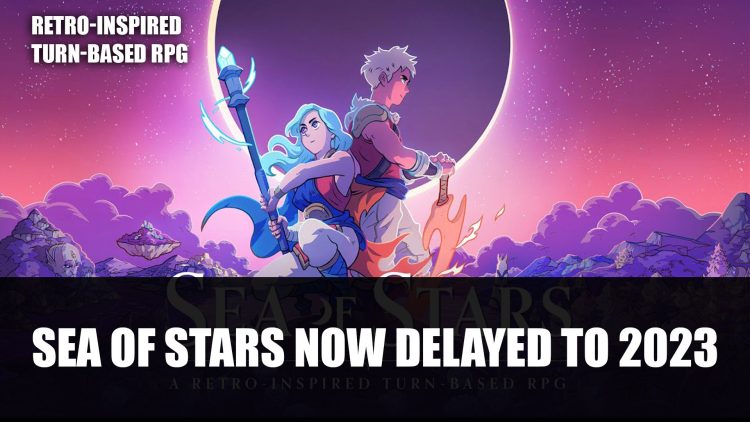 Sabotage Studio has announced the turn-based RPG Sea of Stars has been delayed from its original holiday 2022 release date to 2023.

The retro-inspired RPG Sea of Stars was planned to be released this year, at the end of 2022. However, developer Sabotage Studio has now announced the title will now be released in 2023.

In a statement from the team, the developer explained that their main two priorities at this time are “quality of life for our team and quality of the finished game” which has led to the game being postponed into next year.

Game studios tend to put in a number of hours especially when they feel the crunch to release a game on time. However, it looks like Sabotage are looking to keep their team from experiencing this, as well as to make sure the quality of the game is on par with what is expected.

In case you missed it, Sea of Stars is heavily inspired by classic turn-based RPGs. From its pixel sprite artstyle, to its game systems. However, bringing a fresh take with an exploration system that will let players not only explore on foot, but run, swim, climb or even jump.

Sea of Stars will release in 2023 pic.twitter.com/S7U71G1oWh

Previously the studio has been releasing a few clips here and there to whet the appetite of hungry Stars fans. They showed a peek at combat UI, a HUD inspired by retro games as well as a gameplay clip featuring a party of 3 explorers.

Sea of Stars is now expected to release in 2023 for PC via  Steam and Nintendo Switch.

For more news find it here in Star Ocean: The Divine Force Gets October Release Date and Lost Ark June Content Patch Brings Upon The Wrath Of The Covetous Legion.